Best golfing moments of the year 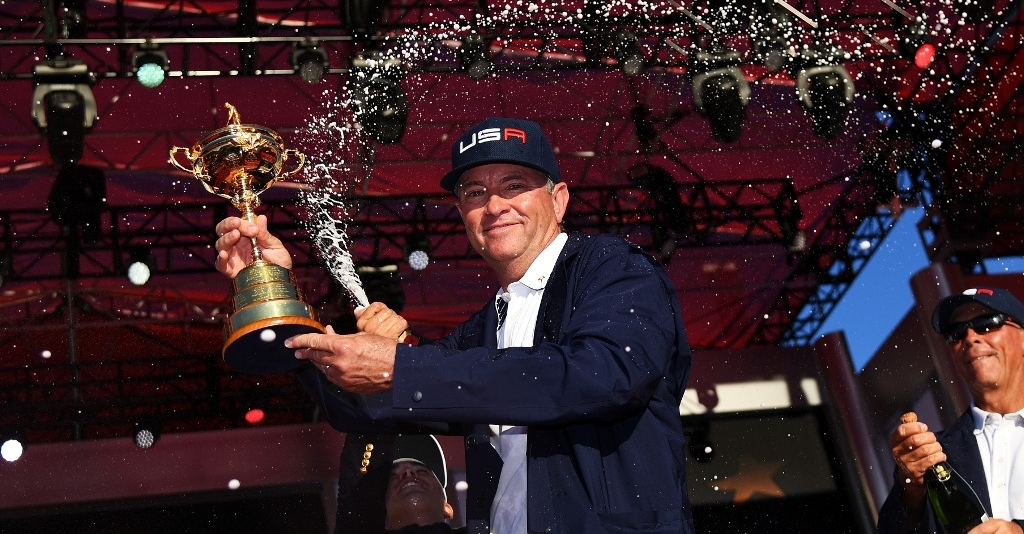 2016 was another exciting year in golf filled with memorable moments. We take a look at some of the best.

McIlroy vs Reed at the Ryder Cup

This year's Ryder Cup was never more thrilling than when young guns Rory McIlroy and Patrick Reed battled it out on the final day.

The best moment came on the eighth hole, when McIlroy sunk a 40-foot monster and taunted the crowd, only for Reed to sink a birdie of his own and return the favour.

The hole was a microcosm of the entire event, with the Europeans doing their best to stay dominant, only for the Americans to return all of their best efforts with interest.

"It's gone from a great show to surreal." #RyderCup https://t.co/miqeVtKejQ

2016 was the year of first-time major winners, with Dustin Johnson one of the men finally getting his big win.

In contrast to many of his previous major finishes, the American was rock solid on the final day of the US Open, despite the ruling controversy that dogged him throughout his closing round.

His approach shot into Oakmont’s par-4 18th was as good as any shot he played, and had the added bonus of making his victory absolutely secure, penalty stroke or not.

My favorite shot of 2016 pic.twitter.com/KVlO755WVc

Jordan Spieth had seemed almost invincible on a golf course until his epic Masters collapse in the final round at Augusta this year.

The young American had absolutely dominated golf in 2015, and looked on course for more of the same in the first major of the year.

But his challenge would totally unravel at the short 12th hole, a quadruple-bogey seven killing off any chance he had of defending his crown.

It was breathtaking in its own way, as the golfing gods came to collect their due.

Back to the Ryder Cup, and who can forget when Rory McIlroy and the Europeans challenged a heckling fan to try and make a putt they had just missed.

The fan accepted the challenge – and promptly sunk the putt to experience his own little taste of Ryder Cup glory.

The Ryder Cup hadn't even started yet, but in many ways the Americans had already drawn first blood.

Golf returned to the Olympics after more than a 100-year absence in 2016, making for a particularly historic occasion in Rio.

The man who walked away with the gold medal was none other than England's Justin Rose.

Rose had already tasted major success in his career, but it's clear the gold medal meant the world to him – as it should.

Several pros decided to sit out the Olympics, so it was great to see one of the top players in the world help justify its inclusion.

Mickelson and Stenson duel at the Open

This year's Open Championship was a particularly memorable one, and the two men who made it so were so were Phil Mickelson and Henrik Stenson, responsible for one of the greatest final-round duels in golfing history.

Lefty lifted himself and produced some of his best golf in years – but it still wasn't enough.

Mickelson did everything he could with a 65 on the final day, but Stenson simply would not be denied, responding with a 63 and a new 72-hole scoring record to finally get the major he so dearly wanted.

Fifty-one feet to the bottom of the cup.

Henrik Stenson's run at the Claret Jug takes our No. 2 Shot of the Year. https://t.co/qLqoQj50Oa

She started her week with a hole-in-one that won her a new car, and ended it with a play-off victory over World No 1 Lydia Ko to win her first major championship – not a bad week for the 18-year-old!

The return of Tiger Woods

The golfing year ended with a bang, as Tiger Woods returned to action after nearly 16 months on the sidelines at the Hero World Challenge.

Even better, Woods played some of his best golf in years at times, at one point going four under through five holes of his third round.

Even President Trump was paying attention to Tiger's exploits.

"@TigerWoods: Can’t wait to get back out there and mix it up with the boys. –TW #heroworldchallenge" Great to have you back Tiger – Special!