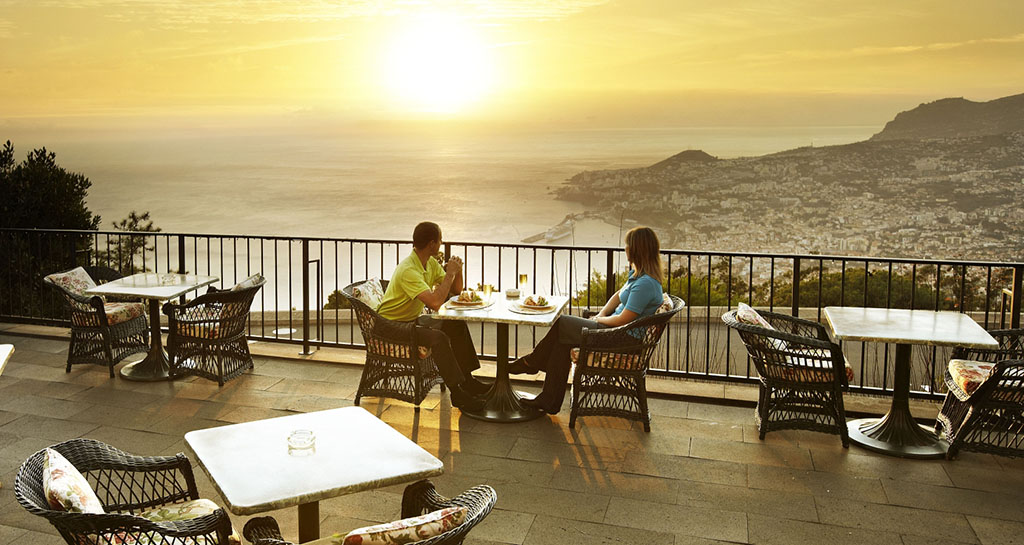 Imagine if Carlsberg owned a Danish course which was probably the best course in the world; or if Stella Artois could lay claim to a reassuringly expensive resort in Belgium.

Like beer, golf and wine, of course, is not an unusual partnership. Many golfers enjoy a post-round glass; some clubs even have their own vineyards; but few, if any, can match the intrinsic link between the two enjoyed by Palheiro Golf, in Madeira.

For the owners of the beautiful Palheiro Nature Estate – which encompasses the highly acclaimed Cabell B Robinson-designed course and the stunning five-star Hotel Casa Velha do Palheiro – also own Madeira’s premier distillery, ensuring a steady supply of the best local wines in the 19th hole.

The Blandy family has been established as a wine producer in Madeira for more than 200 years and is the only family of all the original founders of the archipelago’s wine trade to still own and manage its own original company.

Small wonder then that the bar at the golf club offers the best of the island’s eponymous fortified wine – and it is a symbiotic relationship which is attracting wine-loving golfers from across Europe to the par-72, 6,656-yard (6,086m) course.

General manager Rodrigo Ulrich explained: “A cooling beer remains the most popular form of refreshment after 18 holes on a typical Madeira day, but, increasingly, owing to the estate’s inextricable link with the Blandy family, visitors are also drinking the island’s wines, particularly before and after food.

“And we’ve learned of some people who have visited merely to enjoy the food and wine, while taking in the views from the clubhouse. That’s great news for Palheiro Golf … and Blandy’s.”

Renovated in 2003, the Palheiro course – described by Today’s Golfer as “Woburn-esque in places” – meanders through a pristine environment of maritime pine and botanical woodland and, at almost 500m above sea level, overlooks the historic island capital of Funchal, while also serving up dramatic vistas of Madeira’s mountainous skyline and the vast Atlantic Ocean.

The best way to enjoy Palheiro – and Santo da Serra – is by purchasing a Madeira Island Golf Passport, available from most hotels and the golf clubs, which entitles the bearer to five rounds of golf across the two ‘mainland’ tracks. It costs just €360 per person and the courses will supply free transfers to and from your hotel.

The 27-hole, Severiano Ballesteros-designed Porto Santo Golf is a short plane hop away on the island of the same name. The par-72, 7,036-yard (6,434m) course, which opened in 2004, comprises two distinct nines. The southern route – a US-style layout – is dotted with lakes, requiring a long and precise game; while the northern route is atop fantastic cliffs, near the stunning beach of the same name.

For more information, check out www.madeiraallyear.com