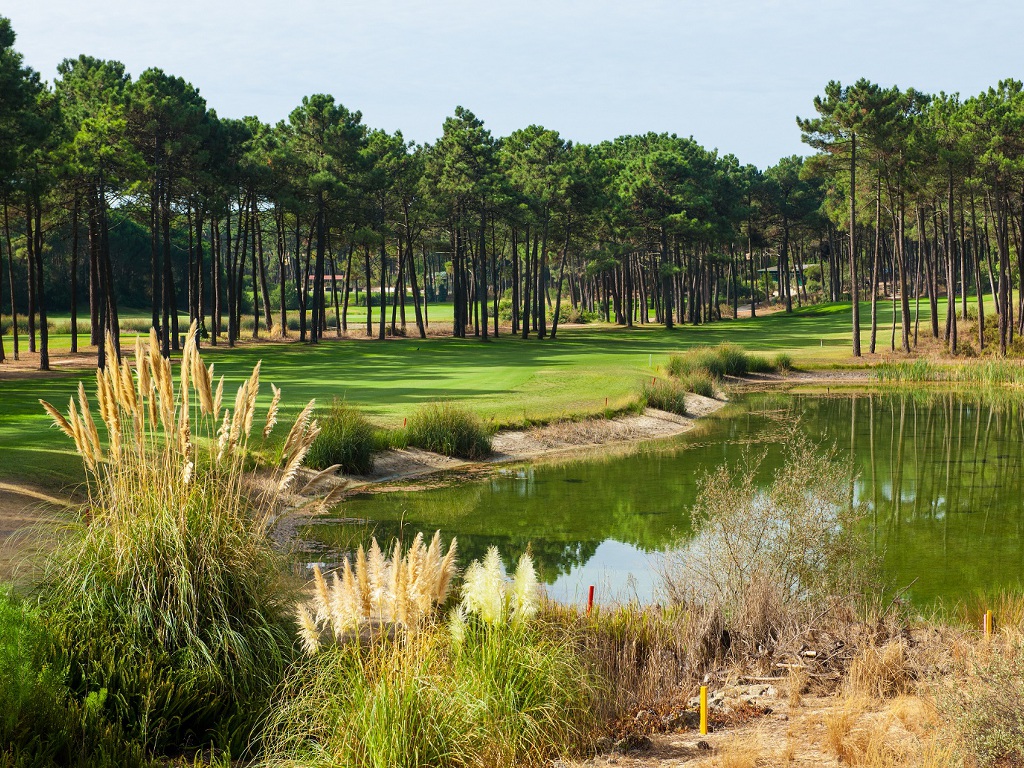 Sports fanatics are in for a real treat thanks to ORIZONTE – Lisbon Golf, as its hugely popular ‘Derby & Golf Weekend’ is set to deliver a thrilling climax to the football season, while also giving golfers access to some of the best courses near the Portuguese capital.

This is the fifth year the fantastic football-inspired stay-and-play deal has run, but it promises to be the most exciting yet as the ‘Derby de Lisboa’ on Sunday, May 6, is shaping up to be a Primeira Liga title-decider.

Dating back to 1907, Sporting Lisbon and city rivals Benfica contest one of the world’s oldest football rivalries, and with both clubs currently just two points behind leaders Porto, the clash at Sporting’s 50,000-capacity Estádio José Alvalade looks to be a real thriller.

Add that to the chance to play one round of golf at both Orizonte’s highly acclaimed Quinta do Peru, as well as either of the stunning Aroeira courses, then this year’s package, which includes a three-night stay at the city centre SANA Malhoa hotel, is a must for all sports fans.

The four-star SANA Malhoa, complete with fully-equipped gymnasium, sauna, jacuzzi, Turkish bath, bar and restaurant, is situated in the heart of the bustling Portuguese capital, just 10 minutes from Lisbon airport, while Aroeira is just 25 minutes away and Quinta do Peru a 35-minute transfer.

And Orizonte, the biggest golf management company in Portugal with seven renowned courses in their portfolio, is also running two other non-football related packages, with the choice of staying in either the picturesque fishing village of Sesimbra or the lively seaside town of Caparica.

Orizonte’s derby package from May 4 to May 7, costs just £480 (€542) with the chance to include an extra round of golf at the prestigious Ribagolfe course, described as the ‘Valderrama of Portugal’, for an additional discounted rate of £44 (€50).

The four-star Sesimbra Hotel and Spa is the ideal break for golfers who prefer to get away from the bright lights of the city. Sesimbra, a picturesque coastal village in the Setúbal District, is famed for its freshly-cooked seafood, pristine coastline and sandy beaches.

Caparica, famous for its beach – the longest in the Lisbon region – is a lively and modern resort town situated a short drive over the magnificent 25 de Abril suspension bridge from Lisbon Airport and just four miles from the Aroeira courses. Four nights at the refurbished Tryp Costa da Caparica, including a round at Quinta do Peru and two rounds at Aroeira, starts from just £264 (€293), while a seven-night stay with two rounds at Quinta do Peru and Aroeira and one at Ribagolfe, is £440 (€490).

The Rocky Roquemore-designed Quinta do Peru Golf & Country Club – host of several European Challenge Tour events – further strengthened its position as one of Portugal’s top golfing venues recently when it came 17th in the Top 50 Courses of Portugal 2018.

This stunning course, which opened in 1994, meanders through verdant pines and is bordered by the lush Arrábida Natural Park.

There was also recognition for Aroeira I, sister course Aroeira II and Ribagolfe I as they ranked 24th, 29th and 43rd respectively on the well-respected Top 100 Golf Courses website.

Aroeira I is a Frank Pennink creation set within the Setabul Peninsula’s preservation area and dense pine forest, and has been described as the “Wentworth of Lisbon” by the British press, while Ribagolfe I, a host to the European Tour Qualifying School over the last decade and regarded as the ‘Valderrama of Portugal’ is a stunning layout situated in an enchanting native cork forest.