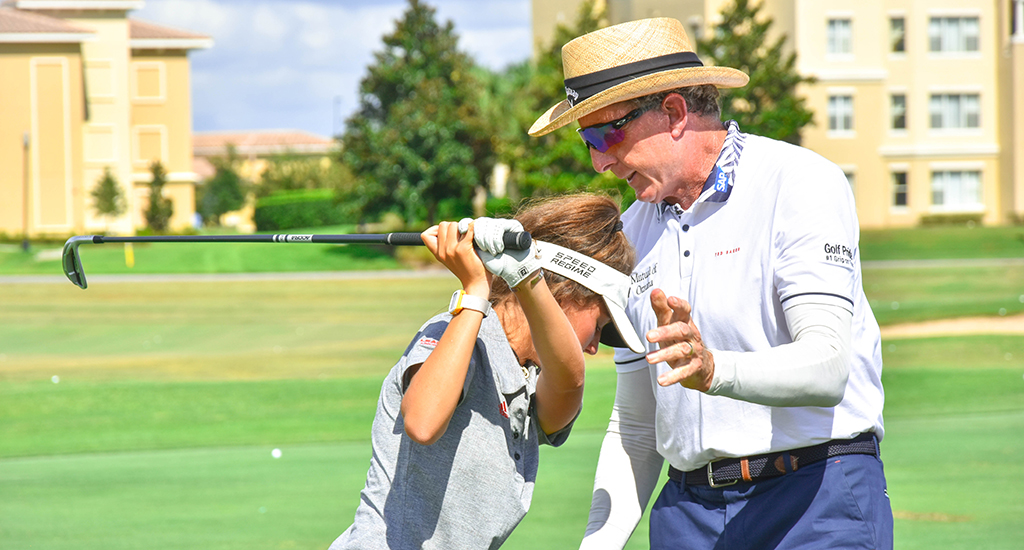 The Leadbetter Golf University is a turbo boost for accelerated learning, according to one of its key contributors.

Dr Jim Loehr is a world-renowned performance psychologist who has worked with some of the top performers a variety of sports and beyond and has provided a module for the new online platform which uses the latest interactive training techniques to educate golf coaches.

With more than 40 years devoted to understanding psychology, Loehr is also co-founder of the Human Performance Institute, has written 16 books on mental approach and has worked with Major champions Sir Nick Faldo, Justin Rose, Mark O’Meara, Lydia Ko, Michelle Wie and former world number ones in tennis – Jim Courier and Monica Seles – among his long list of elite clients in sport.

His bestselling book The Only Way to Win is also the title of his in-depth course on the Leadbetter Golf University platform ($159), which covers many of the theories and techniques he has learned down the years in helping athletes achieve maximum performance by developing their mental skills.

Loehr explained: “I think it’s a wonderful thing for coaches to get this kind of information in the early part of their coaching careers with Leadbetter Golf University. It took years for so many coaches to learn all of this themselves and this is a way to accelerate the learning process – it’s a huge shortcut and a chance for them to take that learning even further in the future.

“There is enough information there that if you are a student of golf, you will pick up some really valuable insight on how to manage the mental side of the game. I just wish I’d had that information 25-30 years ago as it would have made a huge difference to my ability to learn about it.

“David (Leadbetter) can video a swing and can instantly see the problem. But it’s far more complicated to develop a clear understanding of what’s happening at the time someone loses focus, gets angry or is overwhelmed with nerves.

“We have had almost 300,000 people go through the Human Performance Institute – it’s a living laboratory.

“We’ve worked with people from Special Forces from the US military, surgeons, stunt pilots and elite athletes – you name it. But those different experiences and research has allowed us to get some real insight and the Leadbetter University is a distilled version of all of those years of work.”

While Loehr was one of the pioneers in the field back in the 1970s, sports psychologists are now a common part of an elite golfer’s support network. And he believes it can translate to a significant improvement in performance for professionals and amateurs alike.

He said: “When I started, there was virtually nobody doing the work that I did – I was pretty much out there by myself, but these days there is a lot more knowledge on the subject. Now it is very accepted and everyone recognises the importance of the mental and emotional side of the game.

“I’m sure there are some top players who don’t work with psychologists. Some players seem to get it more naturally than others on how to prepare themselves and raise their games in those critical moments. Some athletes simply have more volatility or might be more fragile in terms of confidence.

“But when they work with someone who can really connect with them, they would get a much bigger boost – somewhere between 20-30 per cent in terms of performance levels.

“In others, it wouldn’t be quite so much if they already have that type of mental approach but they could still see a big benefit to their performance, especially when those margins are so small at the elite level.

“I think every golfer can benefit from learning how to better communicate with yourself – something I call self-coaching. A lot of people are very critical of themselves and they beat themselves up. If you call yourself a choker or say to yourself ‘you are so stupid for hitting that shot’, the brain logs all of that information.

“Most of golf is between shots. You have all this time to get into your head during a four-hour round. How much of that time are you actually striking the ball? Very, very little.

“So in golf, I would say it is one of the sports that benefits most from sports psychology. It’s a game where dealing with those demons between your ears is much more important.”