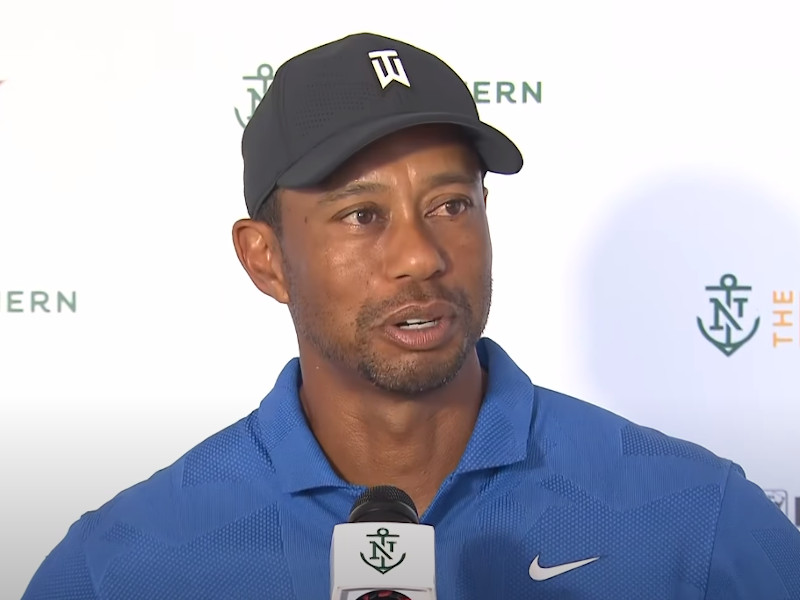 Tiger Woods has revealed his troublesome back no longer affords him much opportunity to work on his putting.

The 15-time major was explaining his decision to revert back to his old putter on the opening day of the Northern Trust, as he rallied to post a three-under-par 68 at a tough TPC Boston.

Starting on the 10th, Woods played his first eight holes in one over par before a birdie on the 18th took him to the turn in level par.

He was then able to take advantage on the more forgiving front nine by picking up shots on the third, fourth, seventh and eighth before a wayward drive led to a disappointing bogey on the ninth.

“That’s usually where you make your hay anyways,” Woods said. “The front nine is where you can hopefully be three or four or five under par.

“The back nine is a little more difficult. Until you get to 18, there aren’t a whole lot of birdie opportunities unless you drive it in the fairway… which I did not,” he said with a wry smile.

“So it played awfully hard and I made it even harder on myself.”

Woods used a different putter on his way to a tie for 37th in the PGA Championship but reverted to his old favourite on Thursday.

Asked about the reason for the change, he said the longer putter he used at the PGA was a little more forgiving on his back.

“It’s more a comfort than anything else,” he admitted. “I can’t spend the dedicated time on putting anymore. Not with the way my back is.

“The ideal situation would be if I had a belly putter,” he admitted. “That would be ideal. I putt with my sand wedge all the time at home, and it’s longer than my putter.

“It’s just one of those comfort things, I’m really getting reps with my longer putter, but I brought [my old one] this week, even though I really didn’t practice with it at home. I was practicing with the other one just so I could have comfort and get reps in.

“But then I grabbed this one… and rolled it well.”