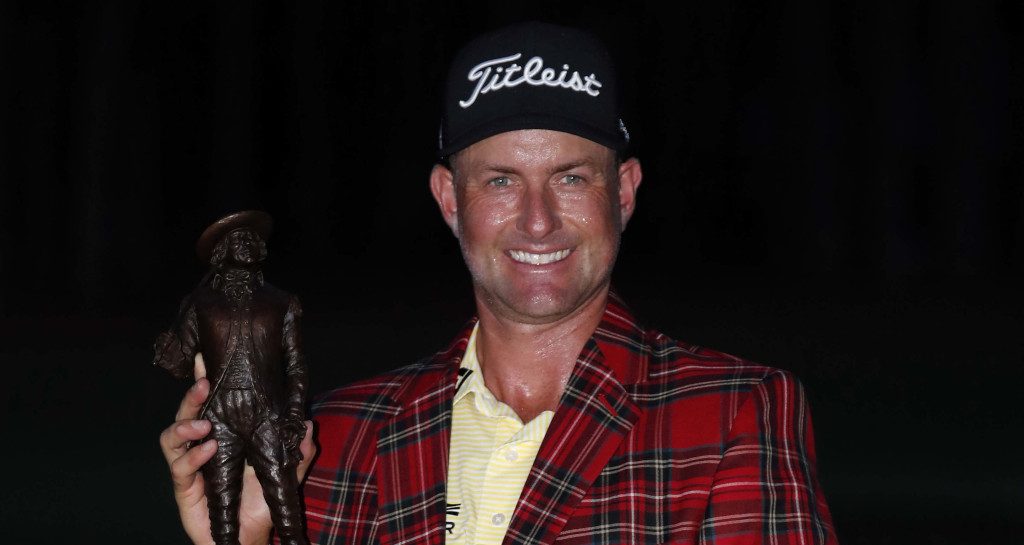 Webb Simpson said it was “a crazy day” and “really special” as he notched up his seventh PGA Tour victory at the RBC Heritage.

Simpson was preparing for a likely Monday finish after a nearly three-hour storm delay at the start of Sunday’s final round, but organisers were able to act quickly to get the Harbour Tour golf course back in shape and allow the players to wrap things up in time.

After a string of pars to start his round, Simpson said a birdie at the 12th gave him the boost in confidence he needed as he headed down the stretch. He would end up birdying three of the last four holes for a final-round 64 to finish one stroke clear of Mexico’s Abraham Ancer.

“It was a crazy day,” he said. “Honestly, I’m speechless right now.

“We had that big delay and I texted my friend to see if I could stay at his house tonight because it looked like we weren’t going to finish.

“But we went back out – the tour did a great job of getting us out there pretty quickly. We only had a 20-minute warm-up… It was a long day on the golf course as well.

“I didn’t really get it going until 12 and then the putts starting going in and I was getting confident.

It was also Simpson’s second career victory on Father’s Day after he won his only major title to date – the US Open – on the same day in 2012.

Simpson’s father passed away in November 2017 at the age of 74 after a battle with Parkinson’s.

“Definitely really special,” he said. “US Open on Father’s Day, I’ll never forget calling my dad after on the way to the press conference. And when he picked up the phone he just was laughing. That’s kind of what he did when he was happy, he would just laugh. And so I’m going to miss that laugh today for sure. But I thought a lot about him. This morning I thought about him, and when I was on the golf course I thought about him.”