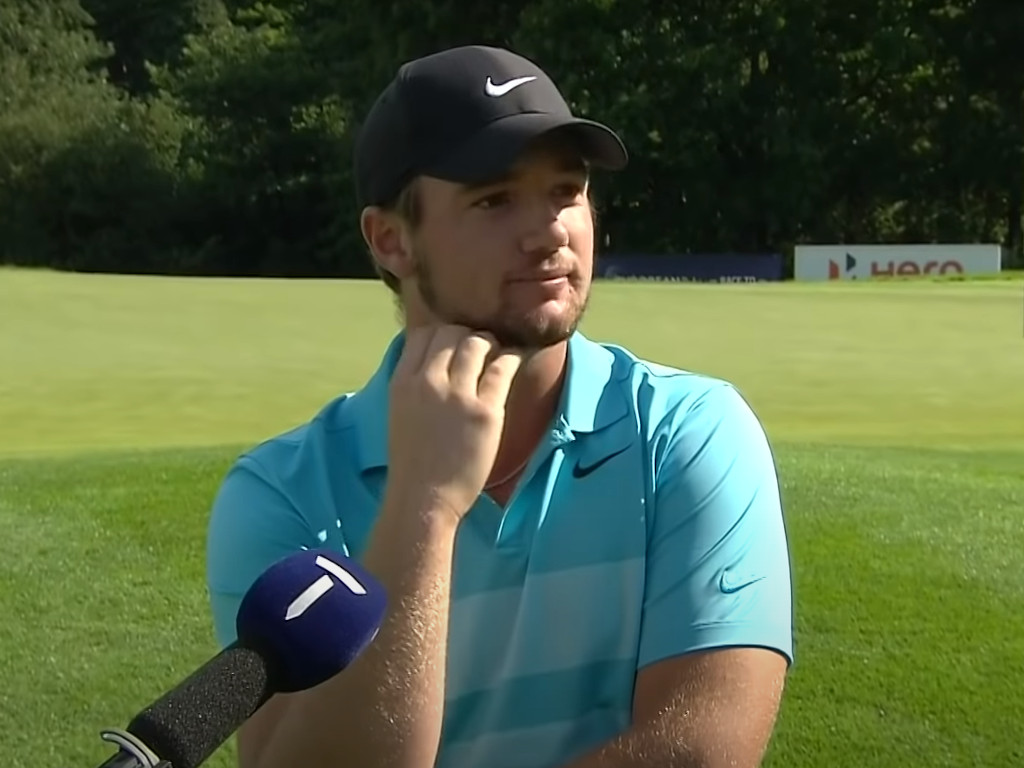 A clearly overwhelmed Sam Horsfield couldn’t describe his emotions after holding on for a one-shot victory at the Hero Open on Sunday.

Horsfield, an English golfer who speaks with an American accent after moving to the United States when he was five years old, carded a gutsy 68 at the Forest of Arden on Sunday to finish one shot ahead of Belgium’s Thomas Detry.

The 23-year-old was asked to describe his emotions after his dream of winning on the European Tour became a reality.

Runner-up Detry produced a grandstand finish on the back nine on Sunday, coming from four shots back to overtake Horsfield for the lead with a string of birdies and forcing the youngster to come up with the goods on the par-5 17th, where a towering fairway wood from 233 yards over the water set up a two-putt birdie.

“I made a bad bogey on 15. And then on 17, we wanted to leave a good five-wood number, and, yeah… hit a great shot there,” said Horsfield, still struggling to find the words.

The young man was then led over to a monitor where he was given an opportunity to celebrate with his family in Florida, who were tuning in via a video call.

Watch as Horsfield, still overwhelmed, does his best to take it all in without much success: