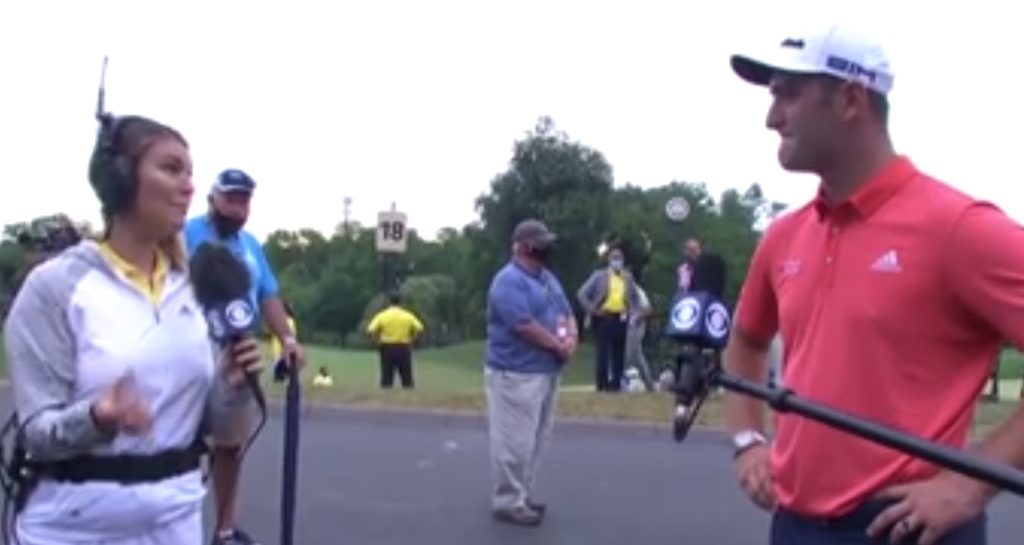 Jon Rahm found out during his live post-win interview at the Memorial Tournament that he was about to receive a two-shot penalty.

Rahm reached No 1 in the world on Sunday with a gutsy three-stroke victory in trying conditions at Muirfield Village, ultimately doing enough to hold on for the win despite suffering a number of setbacks on the back nine.

He dropped four strokes between the 10th and 14th holes and would go on to incur a two-shot penalty at the par-3 16th when a chip-in birdie was overturned by PGA Tour officials, who reviewed the shot and deemed the ball had moved slightly when Rahm placed his wedge behind it.

Thankfully, the Spaniard still had enough of a cushion that the two dropped strokes did not cost him the victory, and that’s just as well, because the moment he was informed of the penalty during his post-win interview would no doubt have been even more dramatic.

“I don’t know how aware of this you are,” said the interviewer, “but the possibility of your ball moving when you were addressing it on 16… you look surprised… is that something you saw or felt?”

Rahm looked in total disbelief as he replied: “Not at all. I did not see or feel anything.

“I mean, if it did, it is what it is. It still doesn’t take anything from the shot, honestly. Had I seen it I would have said so, I just never did. But it’s not going to take anything away from today.”

Moments before being informed of the penalty, Rahm was hailing the shot at 16, which he felt was key to his victory after stumbling on the back nine.

“Luckily I probably pulled out the best short game shot I will ever have,” he said. “I mean I hit a couple of good ones this week but that was unbelievable.

“I knew I could hit it close, I got a good lie and it was kind of into the wind, but for that to go in, it was exactly what I needed.”