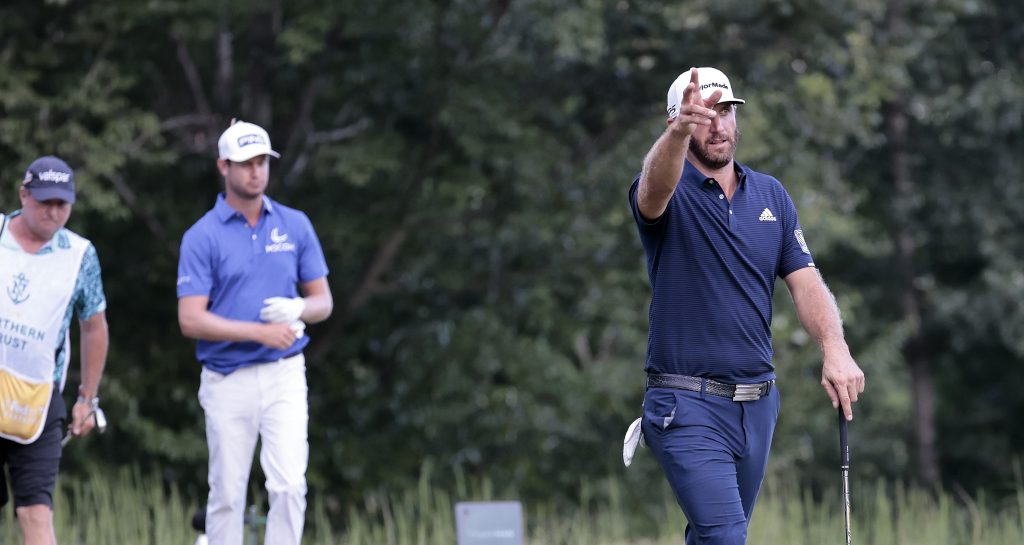 After soaring to an emphatic 11-stroke victory over a world-class field at The Northern Trust, Dustin Johnson had to admit his play was pretty “unbelievable”.

Johnson appeared to be in a totally different class to his rivals at TPC Boston last week as rounds of 67, 60, 64 and 63 left everyone for dead.

Already leading by a commanding five strokes heading into the final round, Johnson simply picked up where he left off to extend his lead by a further six shots before finally sinking the winning putt on the 72nd hole.

The victory returned him to the top of the world rankings, while his cumulative 30-under 254 total was just one stroke shy of the 31-under scoring record set by Ernie Els at Kapalua in 2003, and the 253 carded by Justin Thomas in the 2017 Sony Open.

No one will ever accuse Dustin Johnson of being excitable, but he seemed as taken aback by the magnitude of his victory as anyone else.

“Obviously this was a really good week,” he said, understating the obvious.

“You know, I really… my ball striking was unbelievable.

“I really hit it well on Thursday, didn’t really make a lot of putts but I went and worked hard on my putting on Thursday afternoon, and it paid off. Obviously I rolled it really nicely on Friday, Saturday and Sunday.

“I played some really good golf and it was a lot of fun.”

If that’s what Johnson does when he’s just having fun, let’s hope things don’t get too serious at the BMW Championship on Thursday.