Paul Casey: ‘I feel incredibly relaxed, I have nothing to prove’ 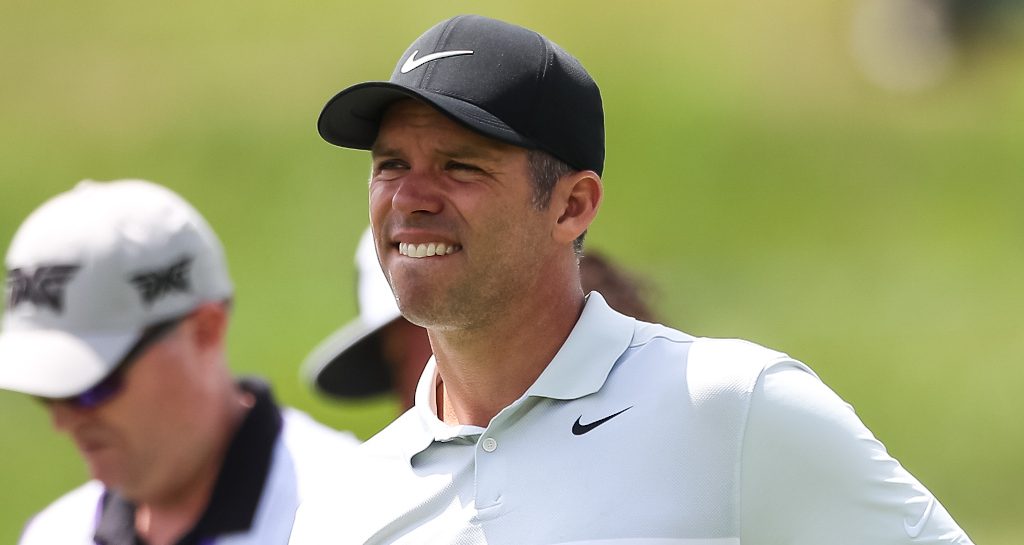 Paul Casey cut a relaxed and confident figure after his third round of the PGA Championship, as he kept himself in the hunt for a dream maiden major title.

Casey holed out from a bunker on the eighth on his way to a controlled 68 that leaves him just two shots off the lead ahead of Sunday’s final round in San Francisco.

After several near misses, he is seeking to break his major duck at the age of 43.

Asked if he was happy with his performance, Casey replied: “I played really well.

“It was a, dare I say, a very comfortable round of golf. It felt like I had control of the golf ball, put it in play an awful lot and yeah – a very, very pleasant day on the golf course.”

Casey has come close to major wins on several occasions but has yet to cross the line. Asked how he was going to prepare mentally for another opportunity on Sunday, he said he was not planning on changing his routine.

“I will do nothing different tonight that I haven’t done this entire week, including my dinner tonight from the Thai restaurant down the road,” he quipped.

“I’ve been on tour a long time, and I would obviously desperately love to add a major to the CV, and you know I’ve had my chances…

“But I feel incredibly relaxed, I have nothing to prove, there’s a great leaderboard that I’m a part of, with great players, major champions, and almost rookies, so to speak.

“We’ve still got an awful lot of golf to play.”

Casey also revealed that he’d been taking inspiration from watching the Michael Jordan documentary series The Last Dance all week, and that he might look to take a leaf out of the NBA champion’s book for Sunday’s final round.

“For me, I just wanna be… I’ll be very relaxed tonight. There’s nothing I wanna watch on TV, because we’ve been watching The Last Dance all week, and I finished it last night. Maybe we’ll just rewatch it, get some inspiration,” he added.

“And then go in tomorrow and be like Michael Jordan, be in the now, stay in the present, enjoy the golf, and see what the outcome is.”