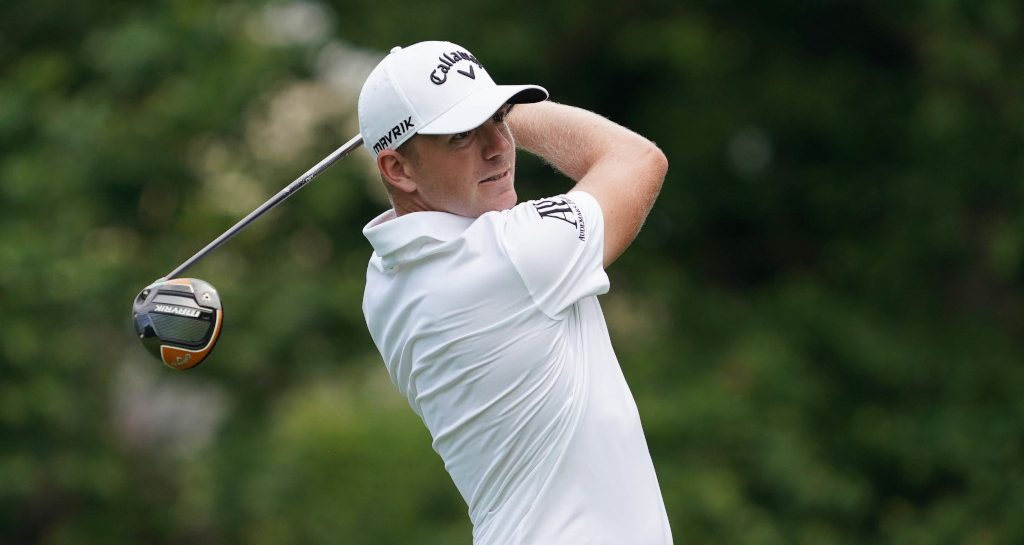 Matt Wallace admitted he went through a scary time waiting to hear if he had the coronavirus, after both his playing partners at the Travelers Championship withdrew from the tournament.

Wallace played the entire second round at TPC River Highlands with only caddie Dave McNeilly for company after first-round playing partner Denny McCarthy tested positive for the virus on Friday morning.

McCarthy promptly pulled out of the event, as did the third member of the group, Bud Cauley, who tested negative but nevertheless opted to withdraw out of caution.

Wallace admits it wasn’t fun waiting on the results of his own test on Friday morning after hearing about McCarthy’s positive test, but said he was happy to go out there and play once his and caddie McNeilly’s results came back negative.

“I wouldn’t say it’s the end of the world. It hasn’t been the best day, but no, everything ran smoothly,” Wallace said.

“I got tested this morning. It was kind of a scary hour or so to be here on site, not knowing if I had it or not.

“But then we found out that Dave and I were both negative, so that was a bonus.

“It was just a bonus to get out on the golf course for me, really. I said that to Dave on the first hole. It’s just nice to know that we’re OK and we’re just playing golf.”

Wallace would go on to shoot two-over-par on Friday and miss the cut, but he realised the day could have gone a lot worse.

“I mean, there’s much worse things than missing the cut, isn’t there, at the moment,” he said.

“We took every safety precaution we could, we’ve done that for the last three weeks.

“We’ve tested negative again… this is our fourth test – two in the space of four or five days.

“So yeah, nothing really else apart from that it was quite slow out there.”

Wallace did admit, however, to being a little upset that the tour allowed him to play on his own as opposed to bringing in another golfer from a different group to play with him.

“Just a bit frustrated that maybe … I don’t know what the PGA Tour might think, but would Dustin Johnson play on his own? Would Rory? I probably doubt it, so they could have dropped one of the players back from in front or maybe from behind to go ahead and play with me,” he added.

“I just don’t think it was a great move to leave someone out on their own in the middle of the pack.”