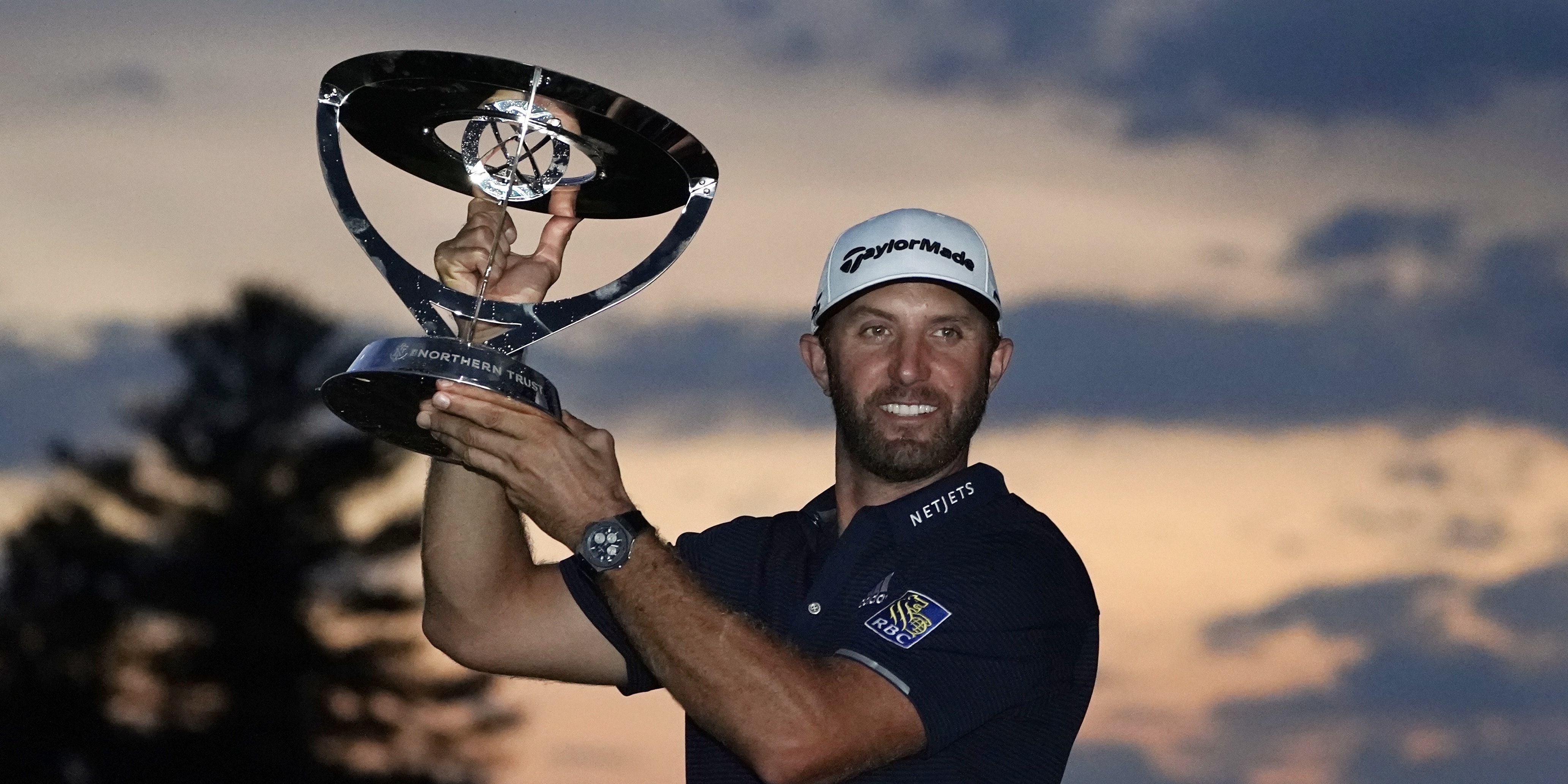 Dustin Johnson had to wait until near darkness but stormed to a stunning 11-shot win and the world No 1 ranking at the Northern Trust tournament in Boston on Sunday.

The American took a five-stroke lead into the final day and that quickly grew larger. He sank an eight-foot putt for an eagle three at the second, before four more birdies between the fourth and eighth holes gave him a stranglehold on the title amid a flawless front nine of 30.

With another birdie at the 12th alongside six pars the 36-year-old’s victory was signed and sealed, but there was late drama to come when a severe storm forced play to be halted with Johnson two holes from finishing.

After play finally resumed in the fading light, Johnson added yet another birdie on the par-5 18th to end with a superb eight-under 63 for a four-round mark of 30-under 254.

This left him tantalisingly close to two PGA Tour scoring records – the 31-under scored by Ernie Els at Kapalua in 2003, and the 253 carded by Justin Thomas in the 2017 Sony Open.

But it did take him back to the top of the world rankings, lifting him from fourth to unseat Spain’s Jon Rahm in top spot.

“Obviously the game is very good right now. I played really solid all four days this week,” Johnson told reporters, reflecting on his rounds of 67-60-64-63.

“I missed quite a few short putts but other than that I did everything pretty well.”

Johnson, only the third player in PGA Tour history to finish 30-under or better, finished 11 strokes ahead of countryman Harris English, who took a two-under 69 to be one stroke clear of third-placed Daniel Berger (67).

Kevin Kisner shot a 66 to take a share of fourth place with Scottie Scheffler (71) in an all-American top five, with Rahm sharing sixth place with another local in Webb Simpson, that pair shooting 65 and 66 respectively.

England’s Justin Rose and Tyrrell Hatton were the top-placed Britons, amid a four-way tie for 25th spot- a full 19 shots behind Johnson at 11-under.

Rose carded a four-under 67, peppered with an eagle, three birdies and a bogey on the front nine, and nine straight pars to finish. Hatton lost ground after a 63 on Saturday to shoot a one-over 72 which included five bogeys.

Former world No 1 Rory McIlroy improved slightly from his Saturday 74 with a two-under 69 but finished near the tail.