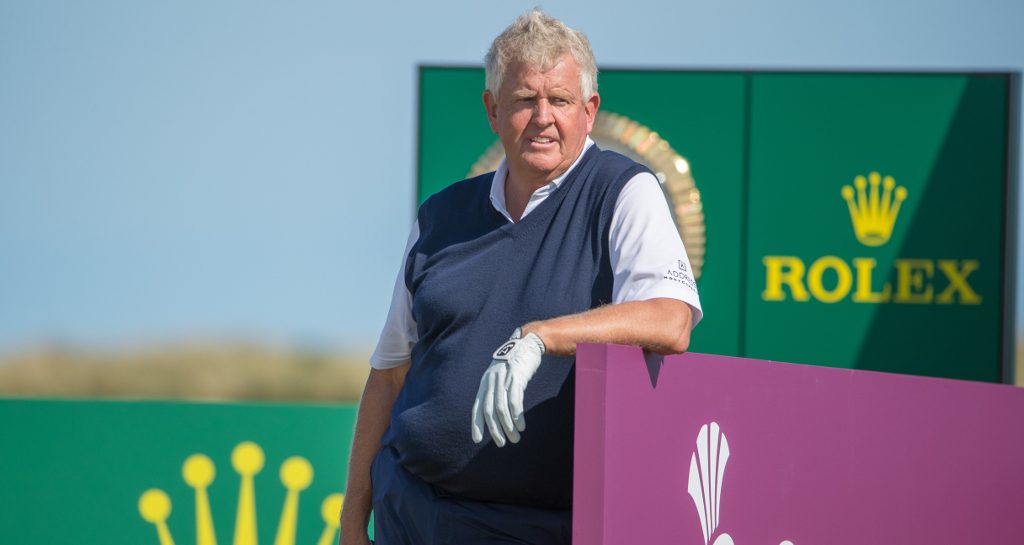 As he prepares to head to America for the resumption of the Champions Tour, Colin Montgomerie admits he is worried the PGA Tour isn’t taking the threat of coronavirus seriously enough.

Montgomerie was reacting to the news that PGA Tour player Cameron Champ and Brooks Koepka and Graeme McDowell’s caddies all tested positive for Covid-19 ahead of this week’s Travelers Championship.

The three new positive tests come hot on the heels of Nick Watney’s positive test at last week’s RBC Heritage, and Montgomerie reckons the tour may have gotten overconfident in thinking they’ve got the situation under control.

“I think the PGA Tour became quite lax, thinking they’re in this bubble… everyone was tested, they tested negative, so we’re OK,” Montgomerie said.

“That’s a very dangerous place to be – not worrying too much. We have to be on the lookout here.”

The Scot will soon be heading to America himself as he prepares for the resumption of the over-50s Champions Tour at the end of July, and admits the situation he is heading into seems less than ideal.

“Yeah, there’s better places to go than America, but it’s where I do my job, so off we go. I’ve been three months without it, so I’m looking forward to it,” Montgomerie said.

“But at the same time you’ve got to be very, very careful and very diligent in what you can and can’t do.”

Montgomerie also questioned how many positive tests it would take before the PGA Tour decided to take more drastic action.

“What is the limit to pulling the plug, now that’s the question,” he added.

“If it’s not five [positive tests], is it ten? Is it fifteen?

“Is it somebody that is top five or ten in the world, which it shouldn’t be because we’re all the same.

“I don’t know where your limit is now, and I think that’s a question that we’d love to be asked.”