Brooks Koepka takes aim at the media over DJ comments: ‘You guys make your own stories’ 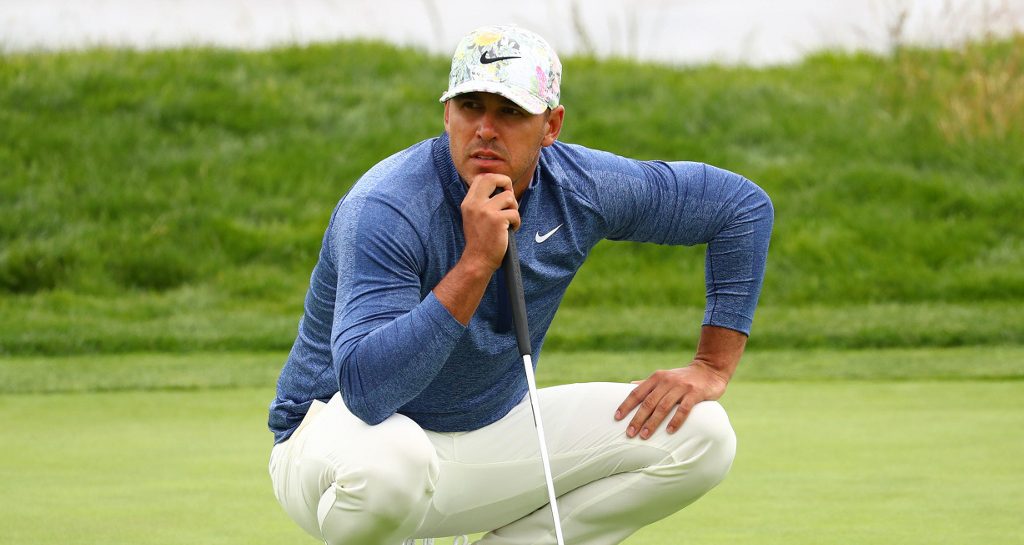 Brooks Koepka was left disappointed by his opening 72 at the Wyndham Championship on Thursday, which did little to improve his FedEx Cup prospects.

Asked how he felt after the round, which contained four bogeys and two birdies and left him way down in a tie for 123rd place, an exhausted Koepka admitted he was well below his best.

“Pretty flat,” he said. “Being in contention these last two weeks, playing six weeks in a row… bit tired, to be honest with you, so I definitely came out flat.

“But I gotta play. I’ve got no other option.”

The reason Koepka feels he has no option but to play is that he’s looking to maximise his FedEx Cup points tally. The American currently sits down in 92nd place in the standings, which means he is in danger of not being able to go the distance in the competition if he doesn’t improve his position.

“I thought even if I gain one spot in the FedEx it makes it that much easier for next week,” Koepka said.

“I don’t think I’ve ever played more than four in a row out here, so quite a long stretch, but I gotta do what I gotta do.”

Koepka was once again asked about the comments he made towards Dustin Johnson and a few of his lesser-known rivals at the PGA Championship which rubbed some people up the wrong way – Rory McIlroy included.

After the third round in San Francisco, Koepka told CBS: “A lot of guys on the leaderboard I don’t think have won (a major). I guess DJ has only won one. I don’t know a lot of the other guys that are up there.”

While he again said he only regretted being dismissive towards “the other guys”, which included eventual winner Collin Morikawa, Cameron Champ and Scottie Scheffler, he did apologise for the comments.

“I get it, I get how it came across, and I apologise for that,” he said.

Despite not including DJ in his apology, Koepka insisted there was no problem between them, and blamed the media for overplaying the situation.

“You guys make your own stories, I have no idea what you all do. I think even the Jordan [Spieth] and Justin [Thomas] thing gets blown out too much.

“I think you guys overplay a lot of things.”