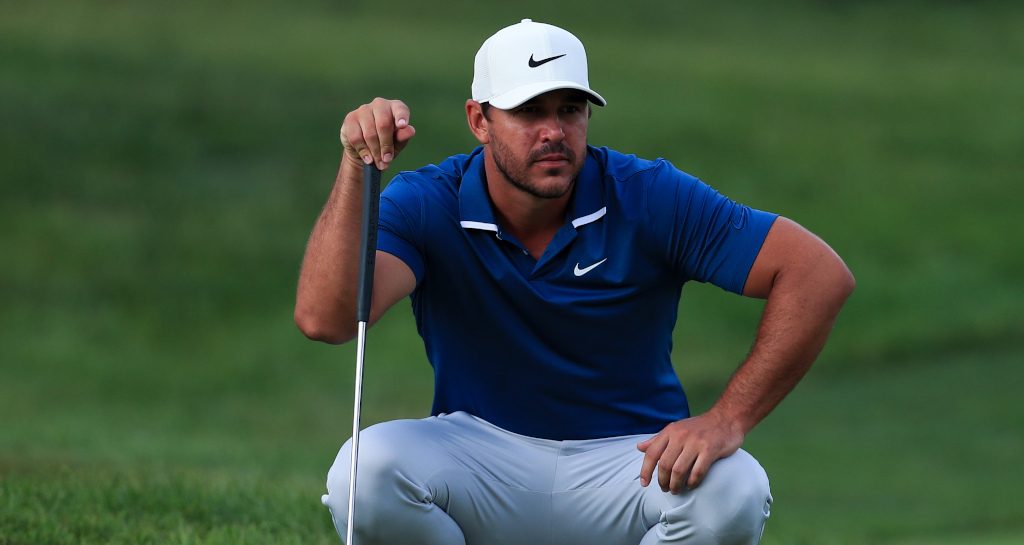 Brooks Koepka is two shots behind Dustin Johnson heading into the final round of the PGA Championship, but he doesn’t seem too worried about it.

The American appears to have rediscovered his form just in time for the arrival of the majors and is sitting pretty tied for fourth with 18 holes to play TPC Harding Park after rounds of 66, 68 and 69.

The wheels nearly came off for Koepka in Saturday’s third round when he followed a brilliant birdie on the 12th with three straight bogeys, but the four-time major winner rallied to birdie two of his last three holes.

If you’re wondering how he’s feeling about his game and his chances ahead of Sunday’s finale, the answer is: confident, despite admitting he made a few mistakes out there during his third round.

“I thought I played really well,” he said of his third-round 69. “I liked it.

“I made one bad swing on 13 and missed it in the wrong spot, and I hit a terrible chip.

“I felt like I was in the semi [rough] quite a bit today, and in the semi it can either spin on you or come out quite flat, with no spin.

“When I did misjudge it, maybe took a little too aggressive of a line… they were good shots, I just ended up short-sided, which you can’t do out here.”

Asked if he was going to do anything different in trying to chase down Johnson on Sunday, Koepka smiled: “I feel like I’ve got a good attitude.

“Just go out and go play and do what I’m supposed to do. If I do that, I’ll be on top come tomorrow.

“Just put the ball on the fairway and hit the greens,” he added. “Keep doing that and it’ll be fine.