‘Ageing is not fun’, says Woods as he battles to make the cut in Ohio 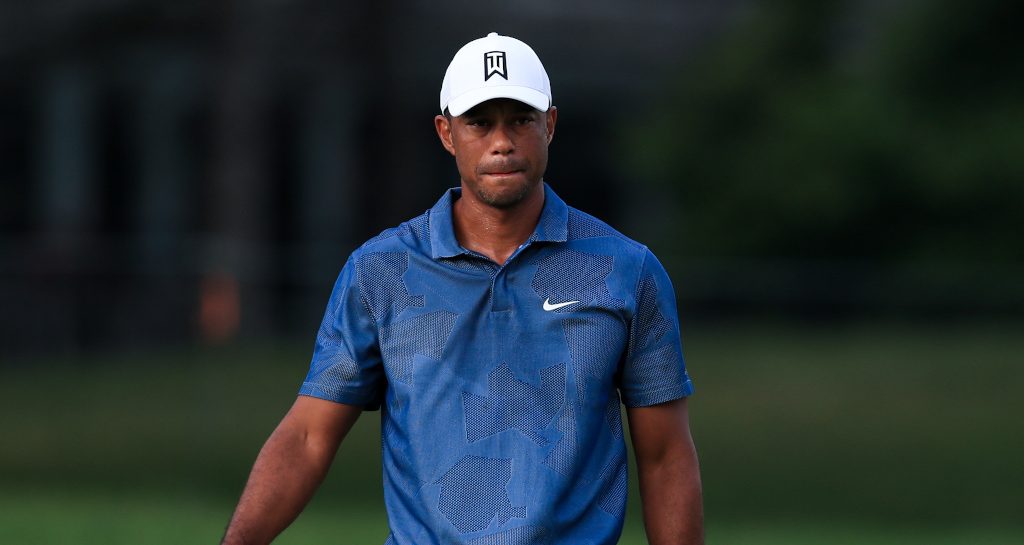 Tiger Woods scraped into the weekend right on the cut line at the Memorial Tournament after struggling with back problems.

The 15-time major winner, who has had numerous operations to rectify a long-term issue, struggled to a four-over 76 on Friday but as the course played more difficult for the later starters his three-over total was just enough to keep him in the event.

It left him 12 shots off the lead set by fellow Americans Ryan Palmer and Tony Finau but of greater concern to the 44-year-old was his physical difficulties in his first event back since February.

“I wasn’t quite moving as well as I’d like and couldn’t quite turn back and couldn’t quite clear. It was a bit of a struggle,” the reigning Masters champion, who would have been out of the tournament had it not been for two birdies and a par in his final three holes, said in his post-round interview.

“It started during the warm-up. It wasn’t quite as good as I’d like, and it is what it is.

“It’s going to happen more times than not. Ageing is not fun. Early on in my career I thought it was fantastic because I was getting better and better and better, and now I’m just trying to hold on.”

Asked if he thought he could play as many as 10 or 12 or 14 events a year going forward, Woods laughed sarcastically as he replied: “That’d be nice if I could play that many. That’d be great. We’ll see how that goes.”

Palmer (68) and Finau (69) hold a one-stroke lead over Spain’s Jon Rahm, with an impressive 66 from Danny Willett lifting him to joint-eighth on four under, two ahead of world number one Rory McIlroy after his erratic level-par 72 which contained an eagle, four birdies, four bogeys and a double bogey seven.

The in-form Bryson DeChambeau was to suffer greater problems, however, after he crashed out of the tournament on five over having signed for a 76 which included a quintuple bogey 10.

Level par for his round through 14 holes he pulled his drive at the 15th into water, hit his next two shots out of bounds – arguing with two officials his fifth shot had not transgressed as it was up against a fence post – and eventually two-putted from 25 feet for double figures.