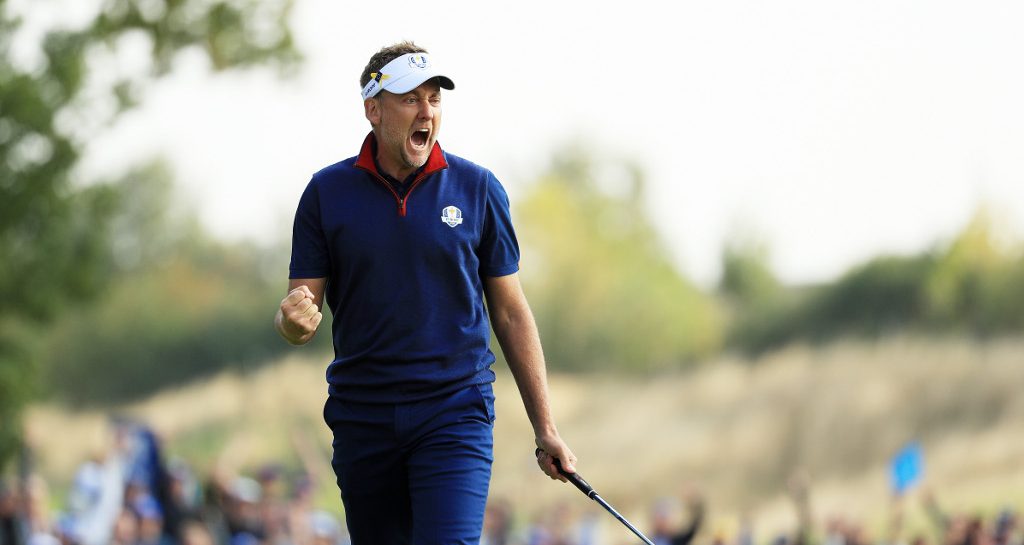 Thomas Bjorn’s men made history in Paris on Friday, consigning the USA to only its second ever whitewash in Ryder Cup history, and first ever in foursomes.

With Le Golf National providing a suitably epic backdrop, the action unfolded in front of thousands of ecstatic fans cheering on an unprecedented comeback.

The morning session had belonged to the USA, as they opened up an imposing 3-0 lead: 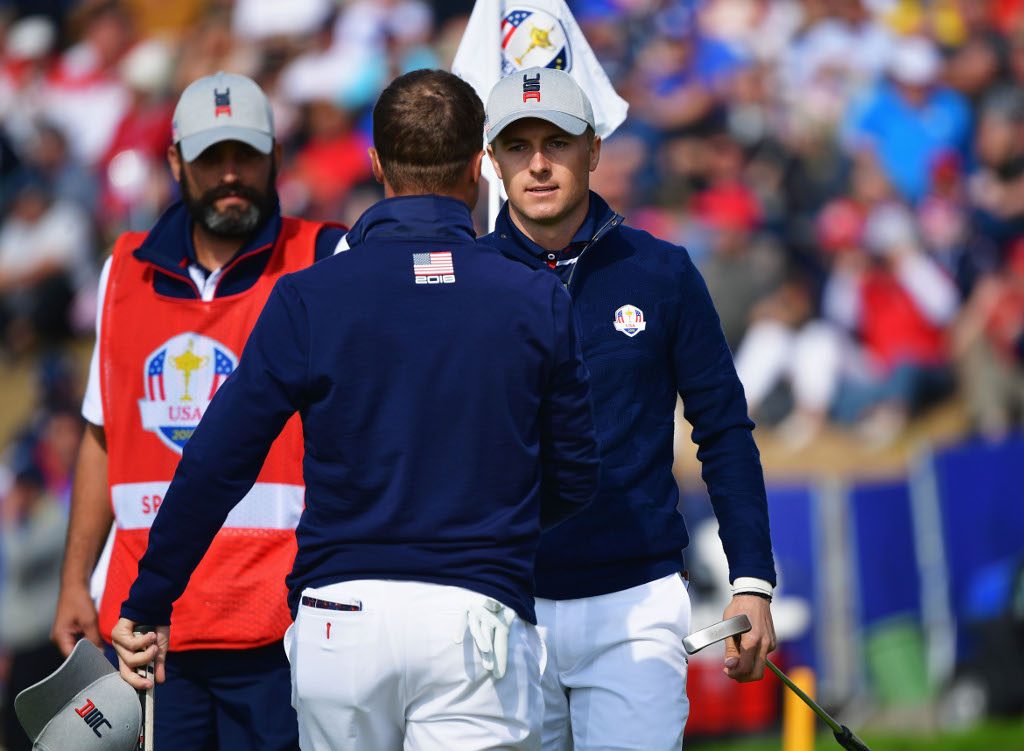 But it was a very different story in the afternoon: 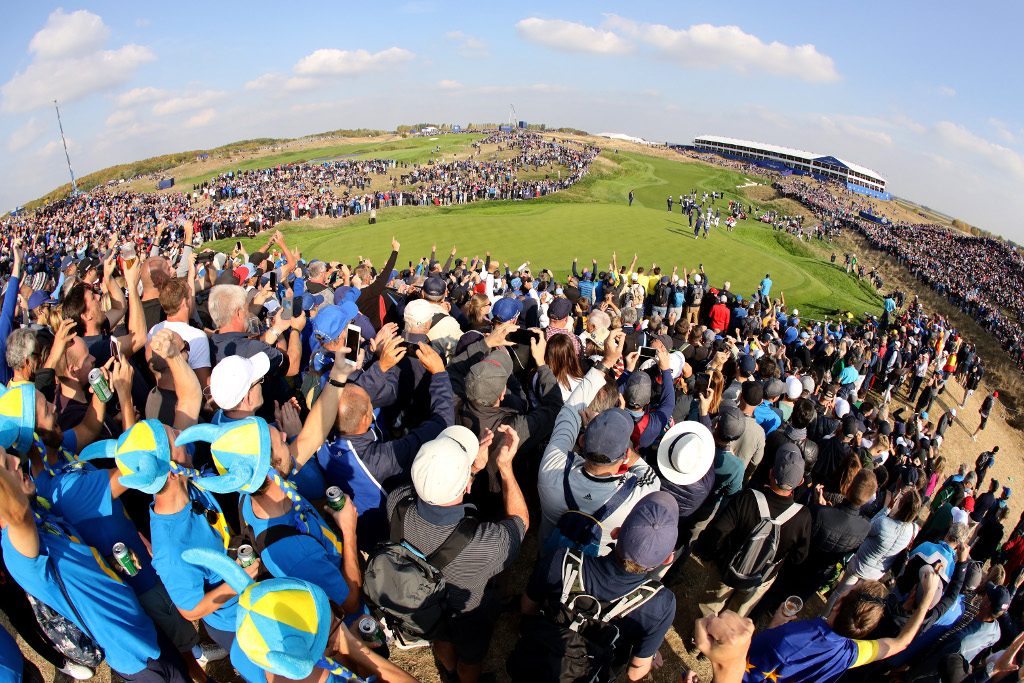 Henrik Stenson and Justin Rose got the ball rolling with a 3&2 win over Dustin Johnson and Rickie Fowler: 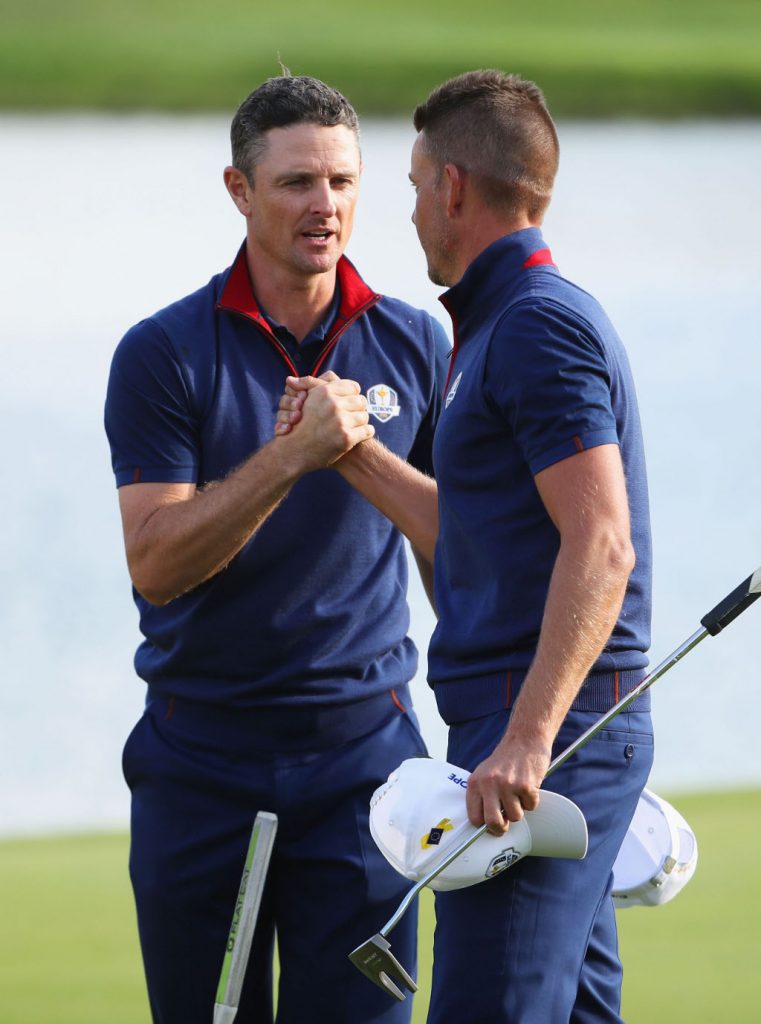 Ian Poulter and Rory McIlroy then did the same to Bubba Watson and Webb Simpson:

It was a popular win, but then all the blue ones are this week: 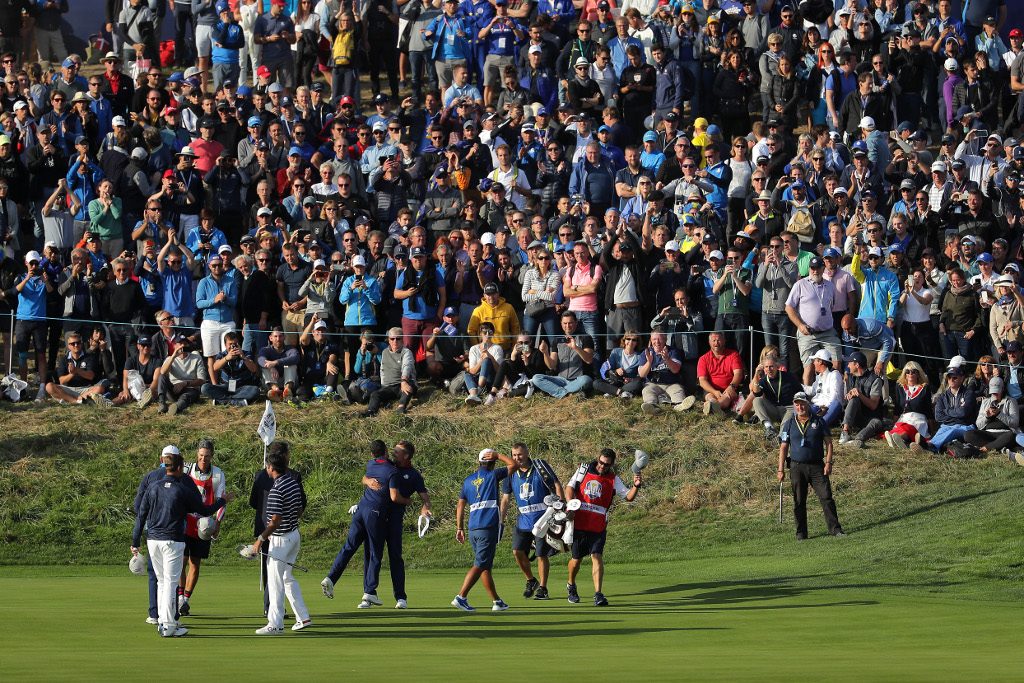 An epic view of the ninth: 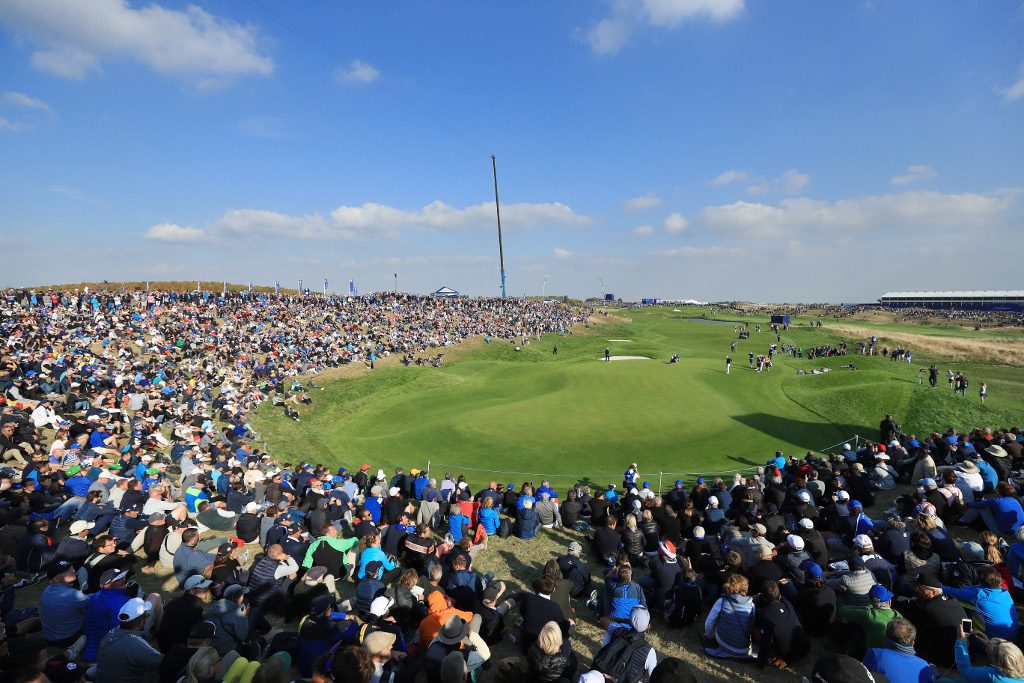 We don’t need to tell you who these shoes belong to – you can see for yourself: 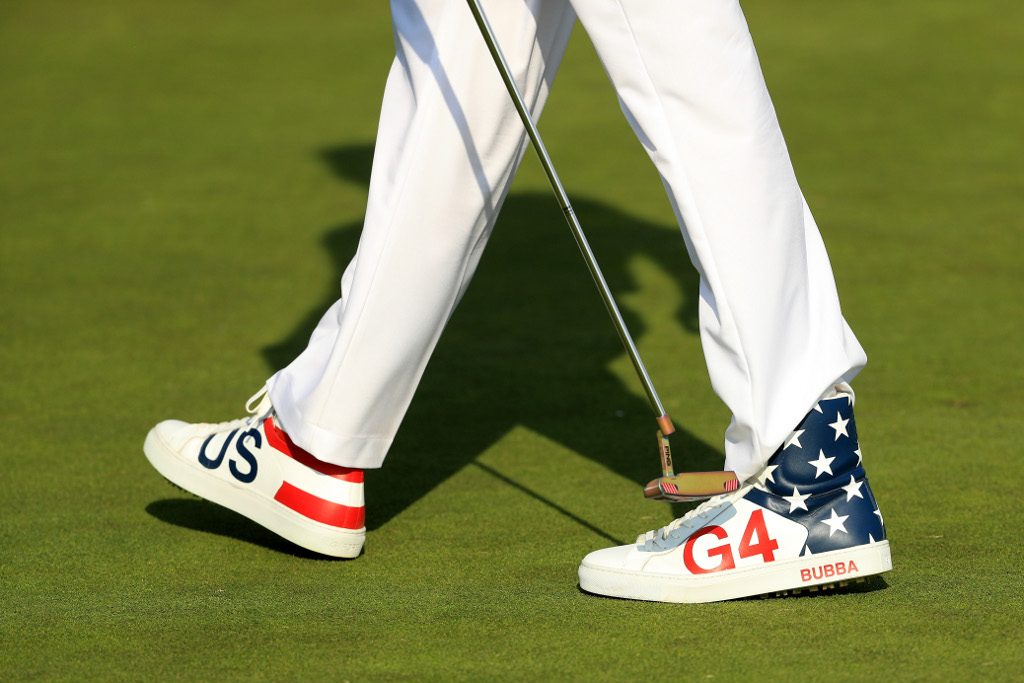 After sitting out the morning, Sergio Garcia and Alex Noren came out firing in the afternoon, thumping Bryson DeChambeau and Phil Mickelson 5&4: 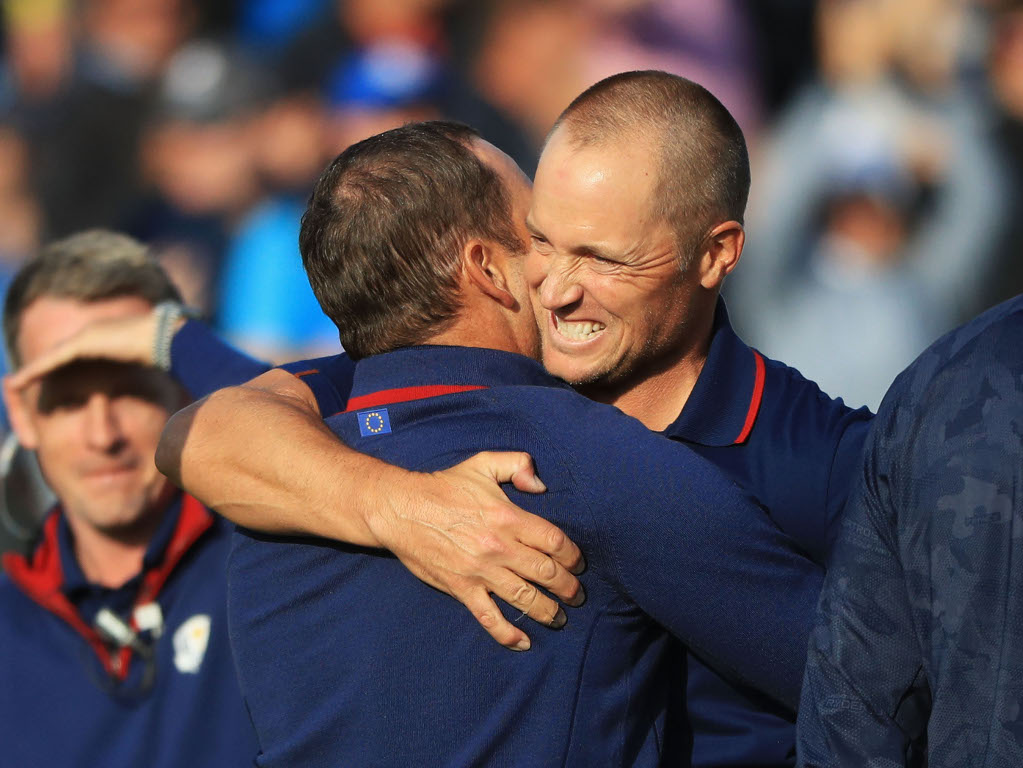 Mickelson wasn’t able to weave his usual magic this time around: 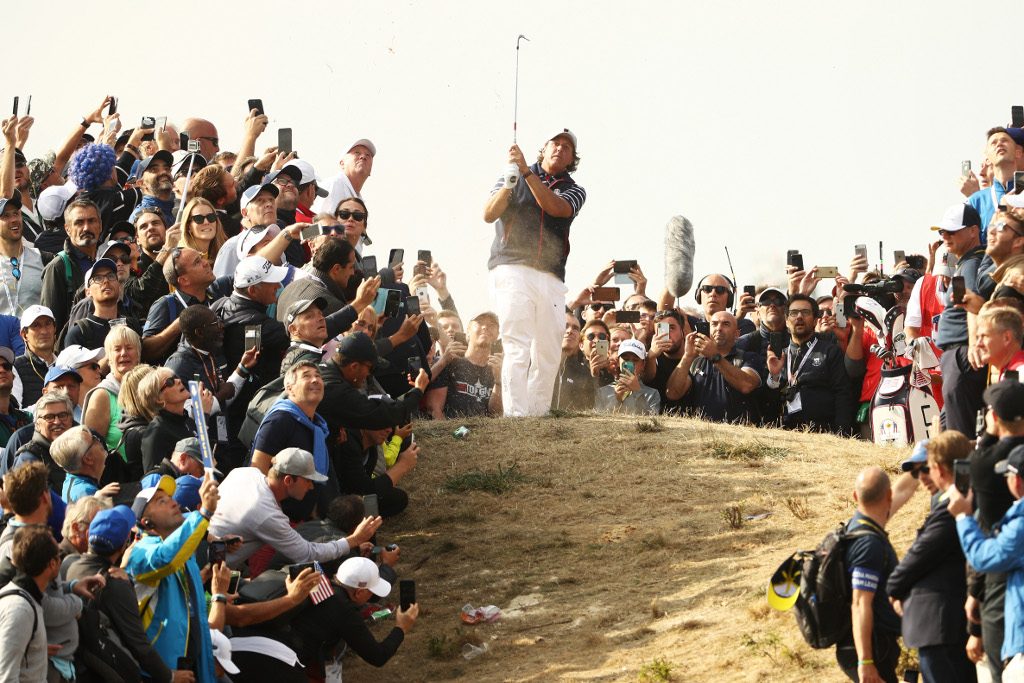 Tiger Woods was forced to watch from the sidelines as the carnage unfolded: 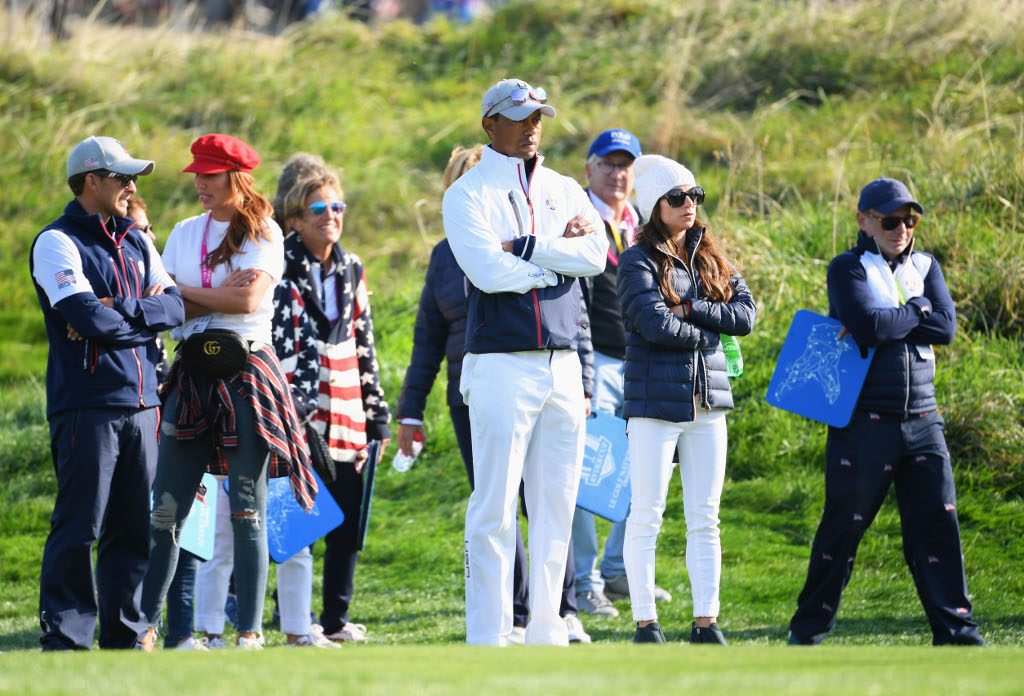 It probably wasn’t much fun being in the center of this blue wave: 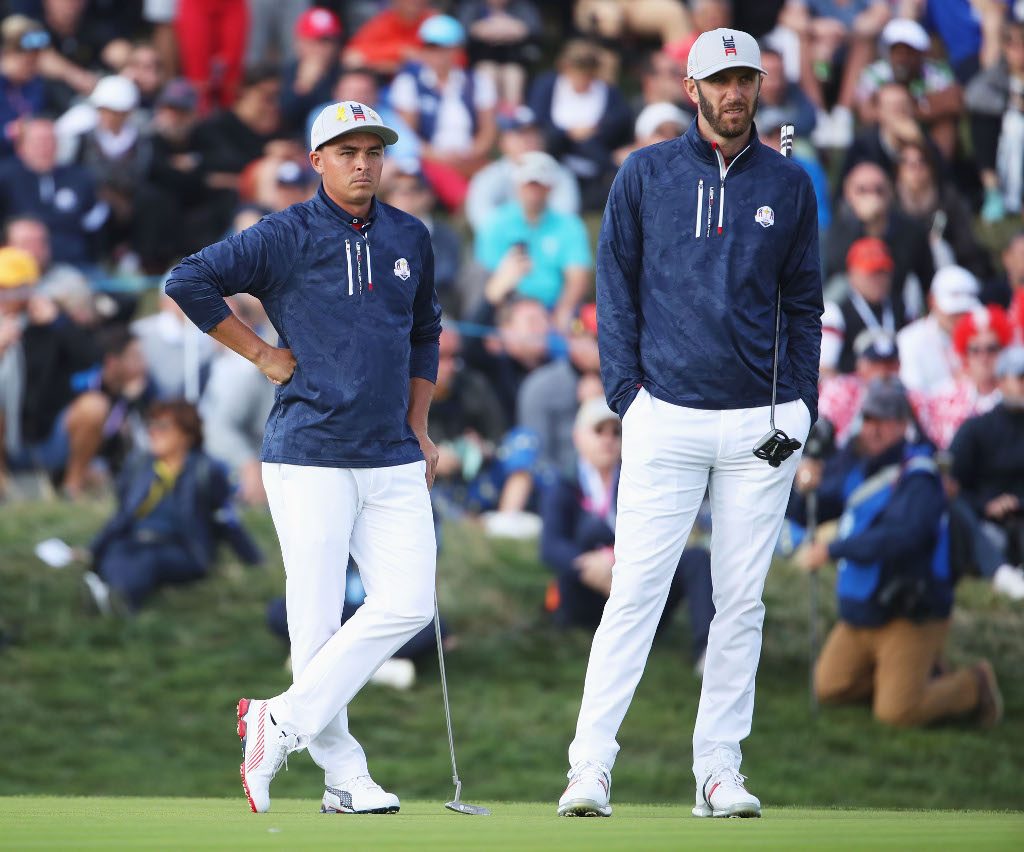 Europe weren’t to be denied in the final match either, as Tommy Fleetwood and Francesco Molinari made it two wins from two against Justin Thomas and Jordan Spieth: 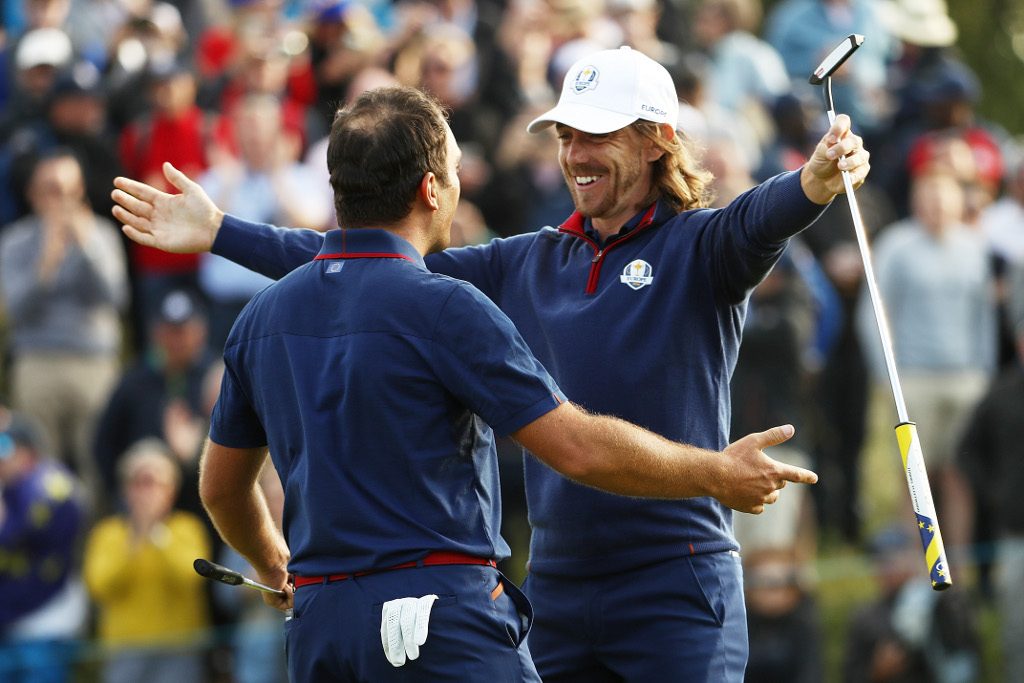 Luckily for these guys, Europe’s fightback meant they didn’t end up regretting these get-ups: 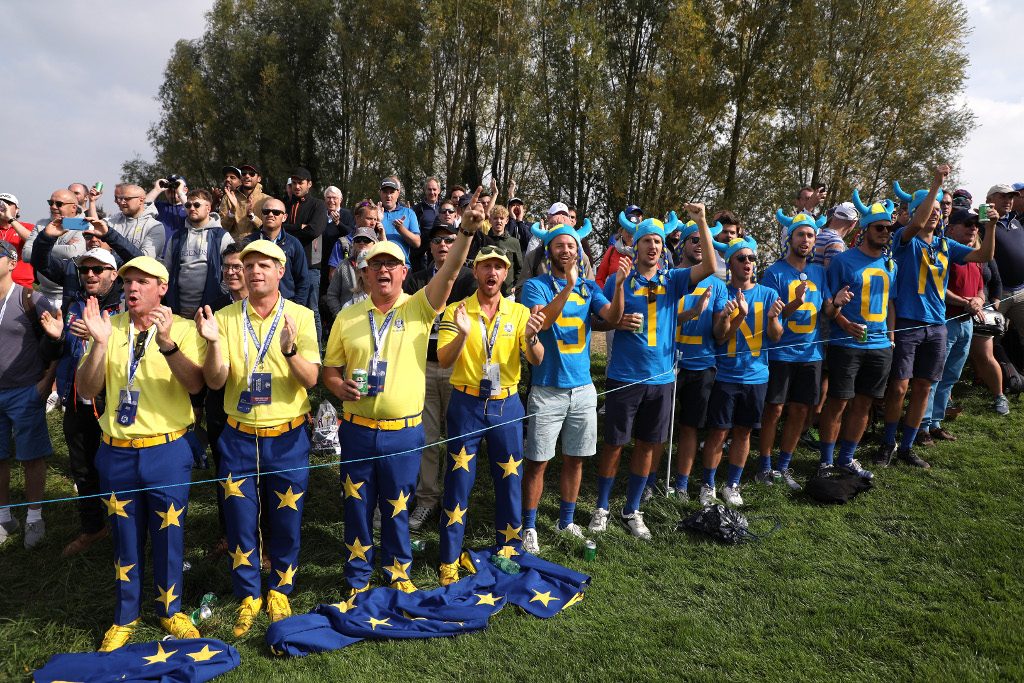 After Europe completed the rout, Jon Rahm couldn’t resist getting the crowd geed up. Europe have the momentum heading into the weekend: 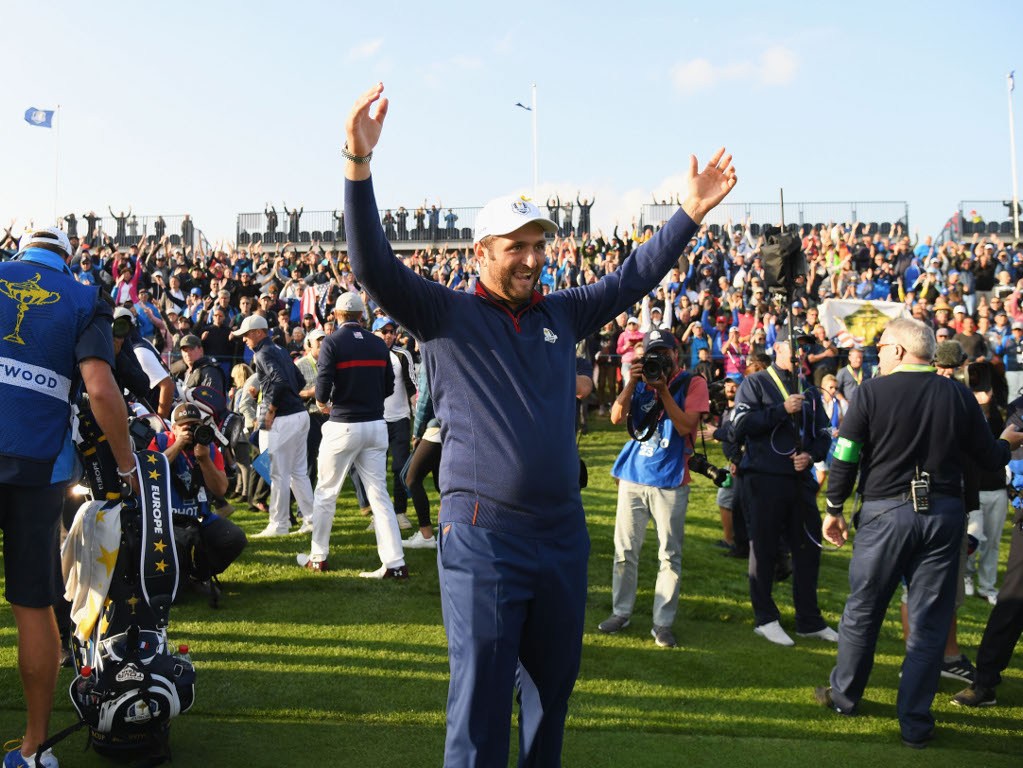