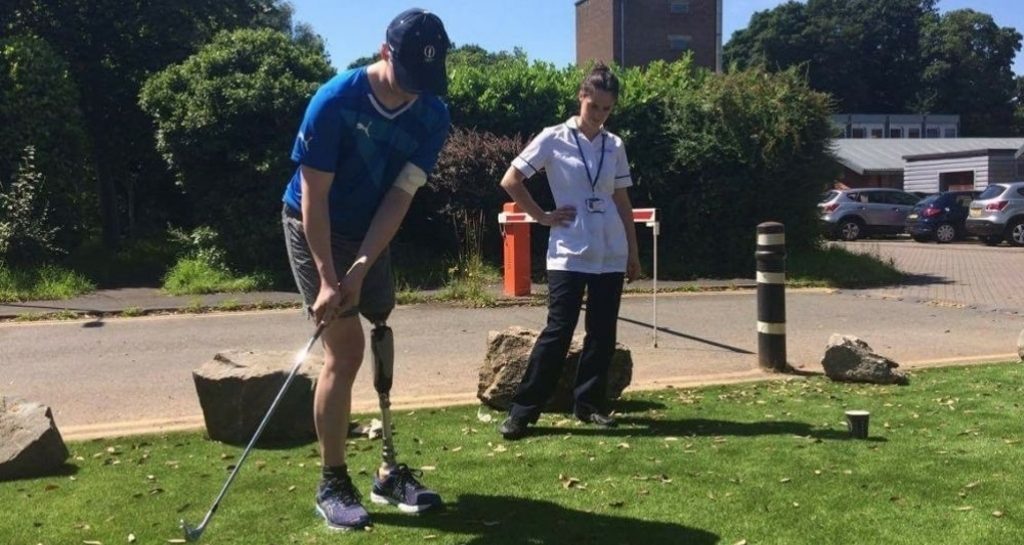 A young golfer from England is asking fellow players to help his fight against bone cancer with the #GiveAGolfBall campaign.

Last July the eyes of the golf world were on Royal Birkdale and they witnessed a remarkable performance by a golfer who is always fighting, for whom every obstacle is a challenge to overcome.

That man was Jordan Spieth and on Saturday of the championship he was watched in person by a local lad whose golf might not be at the same level, but whose fighting spirit blazes even more fiercely than that of the World No. 3.

Just days before the Claret Jug was awarded to Spieth 22-year-old Chris Carberry, from St Helens in the north-west of England, had part of his right lung removed, the latest battle in his long-term fight against bone cancer, yet it didn't stop him attending the championship, watching the best in the world compete in the game he loves and which offers him hope for the future.

Had my latest set of scans today, though won't get the results back for a few days.

No matter what happens this week, I'll still be here; vlogging, posting and smiling. Have a good week peeps 😊 #ChrisVsCancer pic.twitter.com/mYAXrYJxDl

It was whilst playing at his home club Grange Park in 2015 that Chris first became aware of a mystery pain in his left leg and a few weeks later he tripped at work.

"My heel struck the tarmac," he explained to Golf365. "Two days later I found out I'd been walking round with a broken femur, which is one of the strongest bones in the body. That's when the alarm bell started ringing."

In the early days of December the diagnosis was confirmed: osteosarcoma.

"When the doctor came in the room, he asked if my mum and dad were around," Chris said. "That's the moment when my life got flipped upside down and taken down a new path.

"I started chemo just after Christmas 2015 and had my first immunotherapy on New Year's Eve. Up until that point I had a sort of teenage ego about it all, but the first chemo is when I started to think, this is really serious here.

"Ten weeks later I had a surgical decision to make which led to me having my left leg amputated. The chemo continued until September, the immunotherapy until early 2017 and I also had a reconstruction of my stump, but in 2017 my life was getting back on track.

"I was going back to work, I became an ambassador for CLIC Sargent (a leading childhood cancer and leukaemia charity) and did some sessions with Team GB cycling.

"Then in July, after I coughed up some blood, a scan showed another tumour above my lung. I had surgery seven days later to remove some of my right lung. That was at the start of Open week. On the Saturday I was at Royal Birkdale!

"In September I had another scan and the cancer was really aggressive. I was told it was inoperable and possibly incurable. I needed to respond to the chemo and I did.

"Spin forward to April 2018 and the turnaround is amazing given what I was told to expect in September. But my treatment has finished on the NHS and I still have the disease inside me, around the pelvic area." 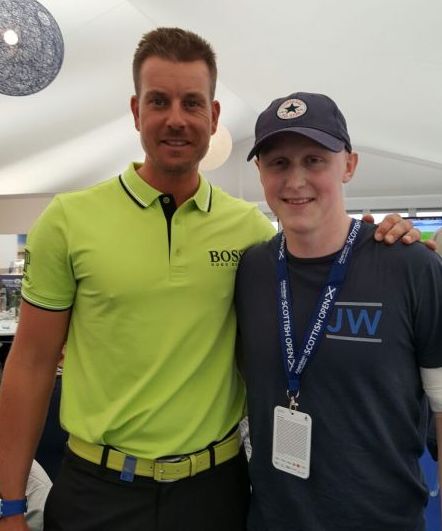 Last July Chris didn't let cancer stop him getting to watch the golf. Now he hopes golf can help him.

T-cell treatment in the States or Dendritic cell therapy in India are his best options, but both require private funding and an initial target of £200,000 has been set.

Together with golf media channel The Club Chris has organised the #GiveAGolfBall campaign, the theory being that most golfers lose an average of two balls per round and could donate the cost of one of them to the fund which already stands at an impressive £86,000 – but he needs more.

"Golf has always been a big part of my life," Chris explained. "And the support shown from the golfing community since being diagnosed has been simply phenomenal. Hopefully golfers all over the world will continue that support by backing my #GiveAGolfBall campaign."

All golfers think of the Open and Masters as major weeks. For Chris they have been "major" in all sorts of different, more important, ways and throughout it all golf has sustained him. His favourite golfer?

"Tiger Woods!" he laughed. "In fact it's been really good to watch him this season and with me feeling rubbish it's really boosted me. People wrote him off and it's great to see him fighting back."

To support Chris in his fight visit these sites (and watch the video, above, it’s very good) –

Forgot to post on twitter yesterday as I went watching the @Saints1890 match so here it is, my day 8 update from yesterday. Two days of left! https://t.co/Hw26NkMQ0y pic.twitter.com/jrySuiMh4j

Golf365 Gallery: A look back at the final round of the Masters