US Open: Crunching the numbers to find this year’s winner 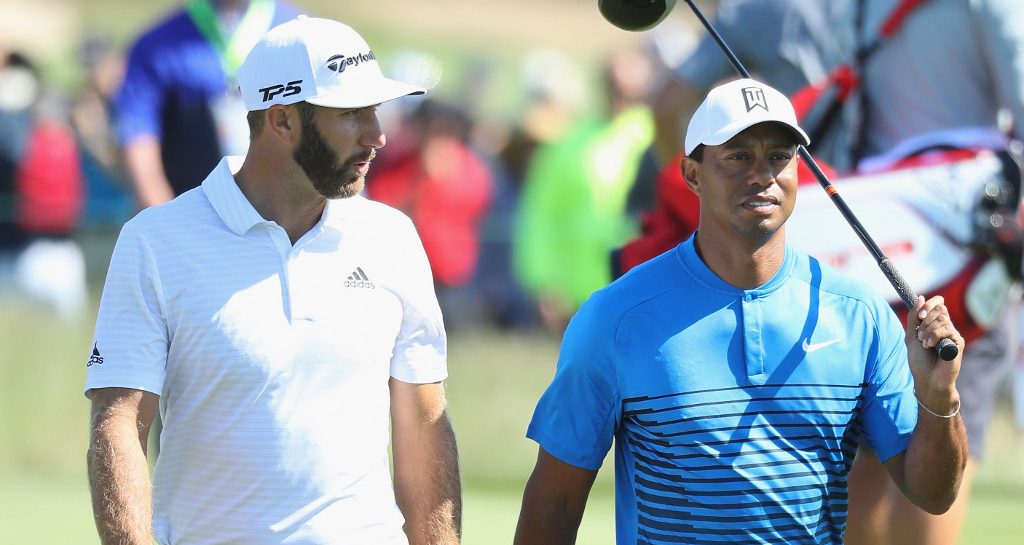 Want to pick the ultimate fantasy team or make a more informed decision with your golf bets on this week’s US Open at Shinnecock? Dave Tindall talks to Stephen Richter, the co-founder of FantasyGolfMetrics.

Golf365: The US Masters gives us years and years of useful course form but how do you go about rating a major when it switches venues? Merion (2013) and Erin Hills (2017) were like chalk and cheese for example.

FGM: Each year we know it’s going to be the toughest test in golf. That means there is a premium placed on minimising mistakes and making up for the ones that are inevitably made. Although the courses have varied differently, the trend of what matters is clear. Keep out of trouble off the tee and scramble as well as possible. We always factor in the recent form of Strokes Gained Tee to Green and Strokes Gained Putting as a constant but we generally look at Bogey Avoidance (or Bogey or Worse %) in place of Birdie or Better when it’s US Open week. 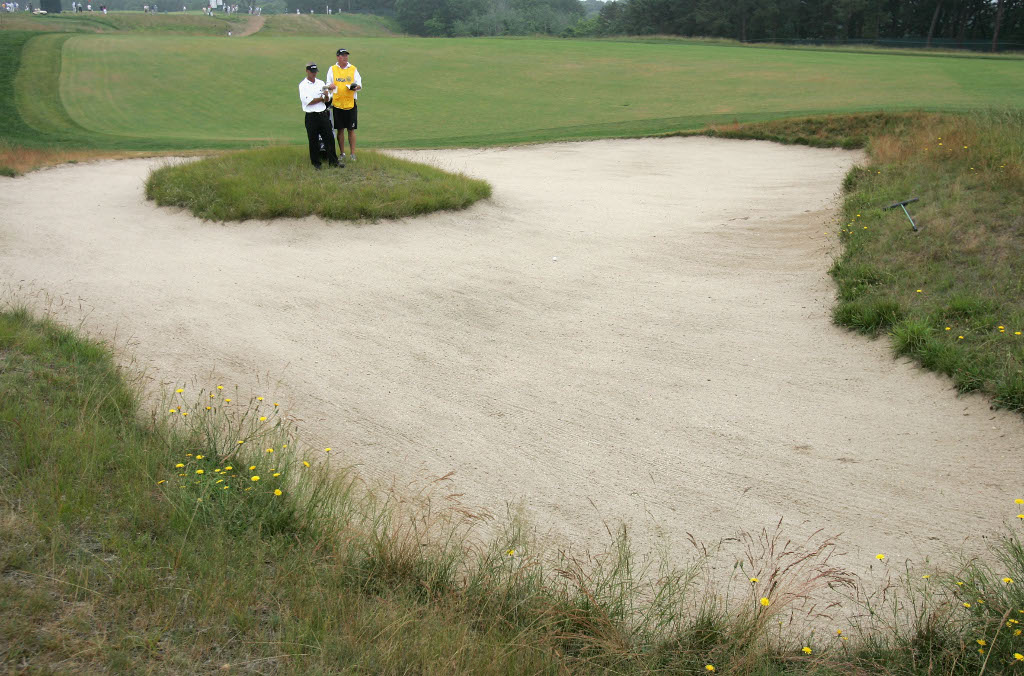 Golf365: Many recent winners have ranked higher in Driving Distance than Driving Accuracy when capturing the US Open trophy. Players still bleat on how you have to hit fairways but is that simply not true?

FGM: The reality is you need to do both to have significant success. The recent trends have been slightly more forgiving of wayward drives because of the rolling hills and limited trees of Chambers Bay, Erin Hills, and Pinehurst. But if you look at many of the winners and contenders they are using the driver as a weapon with distance and precision. Example: Koepka hit 80% of fairways last year.

Golf365: Early player reaction says the fairways “seem twice as wide” and the course is much more open and exposed than it was in 2004. How useful is Shinnecock form from 14 years ago?

FGM: I think it’s worth a minimal glance but the data there isn’t much different than many other US Opens. This will be more of a power game this week I think though. The prior Shinnecock winners (Goosen, Pavin, Floyd) have all been grinders more than power players but you’ll need a mix at the new Shinnecock. Think Jason Day types…

Golf365: What have you identified as the key metrics for success at Shinnecock?

FGM: We have Strokes Gained Tee to Green, Strokes Gained Putting, Bogey or Worse %, Par 4 Scoring, Average Proximity, Strokes Gained Off The Tee, and Scrambling Proximity as our Key Stats. Our in-depth model uses a break down of these to develop our rankings.

Golf365: Two of the best storylines this week would be Phil Mickelson finally winning the US Open after six second places and Tiger landing his first major since this event in 2008. The last 10 US Open winners were 32 or younger while Tiger and Phil are in their 40s. Is age just a number or something you factor in?

FGM: I’ve never once factored age when handicapping. If the form and ability is showing in the data I don’t like coming in with preconceived notions. I have considered physical condition on long courses with excessive heat in the forecast but that’s all. As for Tiger and Phil, we have both of them ranked well with Tiger ahead of Phil based on the model. Both of them have what it takes to win this week in my opinion. Tiger has been striking it so well that an average PGA Tour pro putting week could get it done. Phil is easily in his best form since his last major, in 2013. I’ll be out there Friday through Sunday as we’ve gone every year since 2009 so it would be bucket list level to see either of them win. 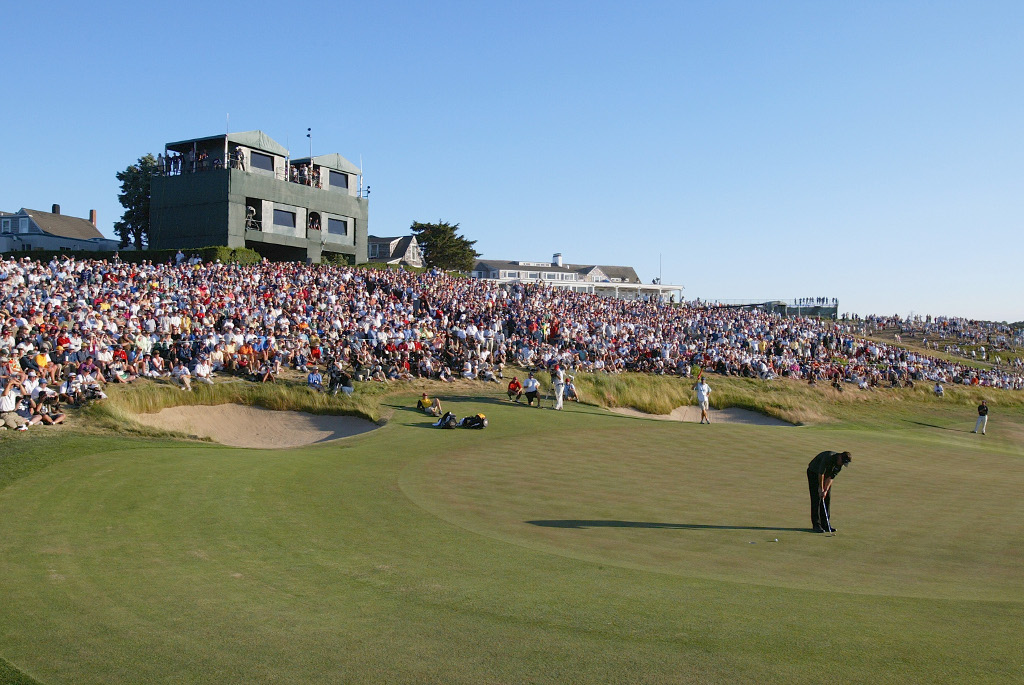 Golf365: How do you rate Justin Rose this week? His current play has been superb but some say his poor record on links courses is a negative given we’re at Shinnecock?

FGM: We have him ranked 3rd on our Survival Guide, barely behind Dustin Johnson and Brooks Koepka. I agree I’m not sure the course is a great fit but the form this season is so strong I’m not as concerned. If it were a Merion or Olympic Club setup I would absolutely see him as the clear favourite though.

Golf365: Jordan Spieth is 190th in SG: Putting this season. Is that particularly detrimental for a US Open given all those must-make four-footers for par?

FGM: Yes, especially because over the last 12 weeks (8 events) he ranks 64th in the field in putting from <5ft. He is putting "better" recently compared to his season long form but it's nowhere near the level at which he won multiple majors. Golf365: The shaved run-off areas at Shinneock present a different challenge this week and Mickelson, in particular, says it allows those with the best short-games to show off their skills. Is there a way of measuring those who chip well in these conditions, using form on courses with similar attributes such as Pinehurst No. 2 for example?

FGM: Yes, looking at Scrambling Proximity and SG-Around the Green at these types of courses would be a good fit. Unfortunately, up until recently, most majors don’t have this “Shot Link” level data to analyse. But looking at scrambling percentage is enough of an indicator when considering who has the best short games.

Golf365: Time to cut to the chase. Who are the best fits to win this week?

FGM: Right off the bat? Premier ball strikers who have been in decent to strong putting form: DJ, Jason Day, Justin Rose, Justin Thomas, Brooks Koepka. That might sound like a canned response but it’s not often we get a “fluke” US Open winner when weather isn’t a factor. We have all of those players ranked in the “First Class” of our Survival Guide this week (among a few others). Looking down the betting board though, a couple sleepers we like include Walker, Cantlay, Oosthuizen, and Stanley.