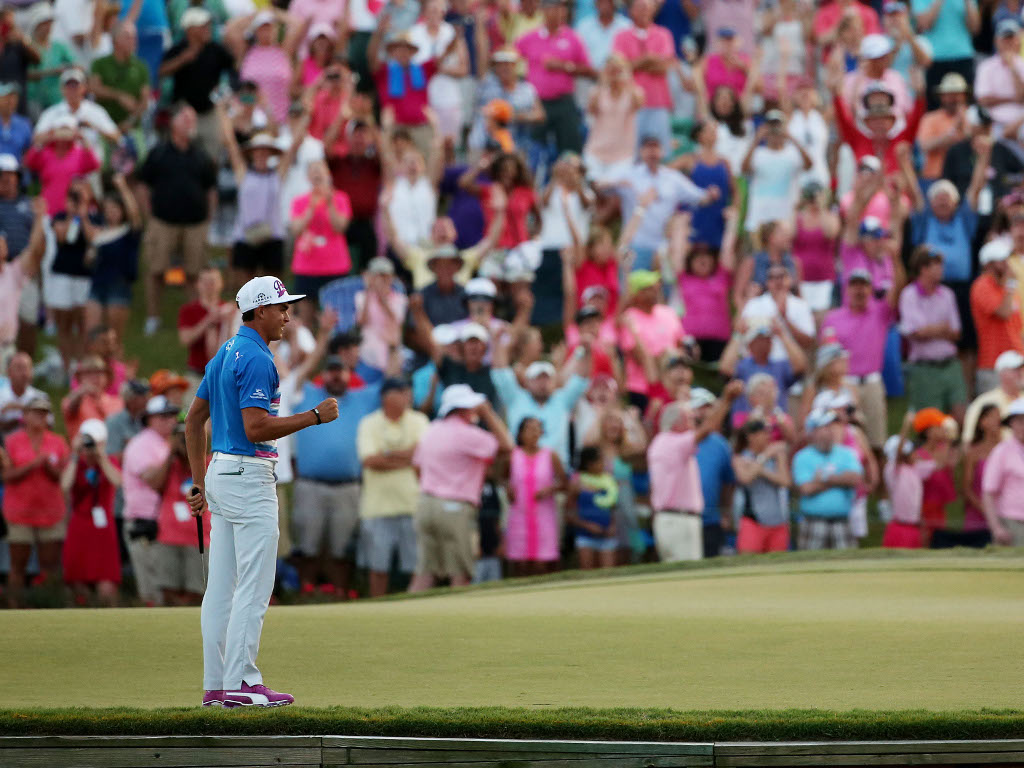 The 2018 Players Championship gets underway on Tuesday at TPC Sawgrass, and there have certainly been many memorable moments at the event throughout the years.

We reflect on the top 10 moments from the last couple of decades of action at golf’s “fifth major”. 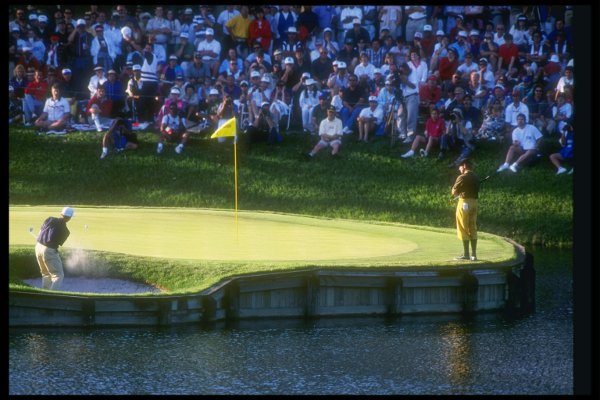 After Greg Norman won the Players Championship in 1994, hitting a 72-hole tournament record score of 264 (more to come from that later), the course was altered to make it more difficult in future tournaments.

Janzen shot a score of 283 (-5) to finish a stroke ahead of runner-up Bernhard Langer. The American’s winning total set a new record of the biggest one-year difference for a tournament, played on the same layout, in PGA Tour history.

The 37th edition of the Players Championship was memorable for various reasons: Defending champion Henrik Stenson missed the 36-hole cut by a stroke, and the event was won by South African Tim Clark, who, at last, claimed his first PGA Tour victory in his 206th start.

Clark went into the final round tied for sixth, three strokes behind leader Lee Westwood. However, Westwood shot a disappointing 74 in the final round, memorably hitting it into the water on the 17th hole, leading to a double bogey and ending his chances of victory.

There was still a dramatic wait for Clark to claim his maiden triumph. Robert Allenby, in the last pairing, was two strokes behind Clark’s score with three holes to play. The Australian cut the lead to one on the 16th and narrowly missed a putt on the 17th before failing to make a birdie on the last, as Clark held on for victory.

Greg Norman produced one of the greatest ever performances at Sawgrass in 1994, shooting a record score of 264 (-24) to finis four shots clear of runner-up Fuzzy Zoeller.

The Australian opened with a course-record 63, a score only matched by Martin Kaymer in his 2014 win. He led the way after the first, second and third rounds, and headed into the final round with a commanding lead of four strokes.

The Australian was never in danger of surrendering this lead in the final round, as he matched his second and third round scores of 67 to secure possibly the most comfortable win ever seen at the Players Championship.

Hal Sutton won his second Players Championship seventeen years after winning his first in 1973. The American showed great composure throughout the tournament, leading by a stroke after the end of every round.

He went into the last round with a score of -9 after carding 69 in each of the first three rounds, a stroke ahead of Tiger Woods, who carded 66 in the third, to put himself firmly in contention for victory.

Late on in the final round, Sutton looked to have the win wrapped up, having gone 25 holes without registering a bogey, and held a four shot lead over Woods. However, he hit a tee shot into the water at the 17th hole, and scored a triple-bogey, as Woods trimmed his lead to one. Sutton, though, held his nerve at the 18th to claim the victory.

The 2001 Players Championship provided one of the best shots seen in the tournaments history, as Tiger Woods, the eventual winner, produced an unbelievable putt on the famous 17th hole in the third round.

Woods needed an extremely unlikely 60-foot downhill putt to register a birdie, but plotted the stroke to perfection to spark a wild celebration from the crowd. The birdie kept him in contention going into the final round two strokes off the lead.

Woods then carded 67 in the final round to finish a stroke clear of runner-up Vijay Singh to record his first Players Championship win.

Adam Scott, at 23, beat Fred Couples record, set in 1984, of being the youngest ever champion of the Players Championship. He held the record for thirteen years, until Kim Si Woo won the tournament in 2017, aged 21.

Harrington carded 66 in the final round and gradually reduced Scott’s lead throughout the day. With a two shot lead heading into the final hole, it looked as though Scott was certain to claim the victory, but he pulled his approach shot into the water, and just about managed to recover, hitting a 10-foot putt for a bogey to win the tournament.

A decade on from Scott’s near collapse in the final round, Martin Kaymer endured a similar ending to his maiden Players Championship win.

Kaymer led after each of the opening three rounds, and held a imposing three-stroke lead heading into the final round. He calmly maintained this lead in the opening 14 holes on Sunday before a 90-minute rain delay halted his momentum.

The German then returned and double bogeyed at the 15th hole, before recording a par at the 16th. This allowed Jim Furyk to cut his lead to just one stroke heading into the final two holes. Kaymer narrowly avoided the water at the 17th, before eventually making par at both the 17th and 18th holes to secure a narrow win.

Tiger Woods was involved in a dramatic three-way battle for the Players Championship in the final round in 2013. His old rival Sergio Garcia and unheralded rookie David Lingmerth were all tied on -11 heading into the last day.

Garcia, after carding a 65, held the lead after the second round before hitting 72 in the third to end the round level with Woods and Lingmerth. Woods looked to have taken control in the final round, leading by several shots heading to the fourteenth.

But a double-bogey from Woods brought Garcia and Lingmerth back into contention. Woods’ birdie at the sixteenth was then matched by Garcia, tying them for the lead as they headed into the 17th. Lingmerth failed to make a birdie at the 17th, and Garcia collapsed, hitting a quadruple-bogey that put him out of contention, allowing Woods to win courtesy of two closing pars.

The 2002 Players Championships produced one of the most surprising winners in the tournaments – and PGA Tour history. An unheralded Craig Perks, ranked 256th in the world rankings, claimed what would be his only career win on the PGA Tour.

The New Zealander went into the final round in second place, a stroke behind leader Carl Paulson. However, Paulson, who scored 69 in each of the first three rounds, carded 77 in the final round to finish tied for fourth.

This opened the door for Perks’ unlikely win – although it looked like he would surrender his chance of glory after playing the first 15 holes at three over par. In a surprising end to a surprising tournament, he went onto hit an eagle, a birdie and a par in the last three holes to finish a stroke clear of runner-up Stephen Ames.

Arguably the most memorable moment at the Players Championship was Rickie Fowler’s unbelievable finish to the final round that led to the first ever three-hole playoff at the tournament between Fowler, Kevin Kisner and Sergio Garcia.

Fowler trailed by five shots heading into the final six holes. The American looked all but out of contention before registering the most remarkable finish seen at Sawgrass. He went birdie-par-birdie-eagle-birdie-birdie to pick up six shots in the last six holes.

This meant he finished tied for the lead on -12 with Garcia and Kisner and forced a three-hole playoff. Kisner and Fowler finished tied after the playoff from holes 16-18, and went back to the 17th for a sudden-death shootout, where Fowler produced his third straight birdie on the 17th to claim a dramatic victory.