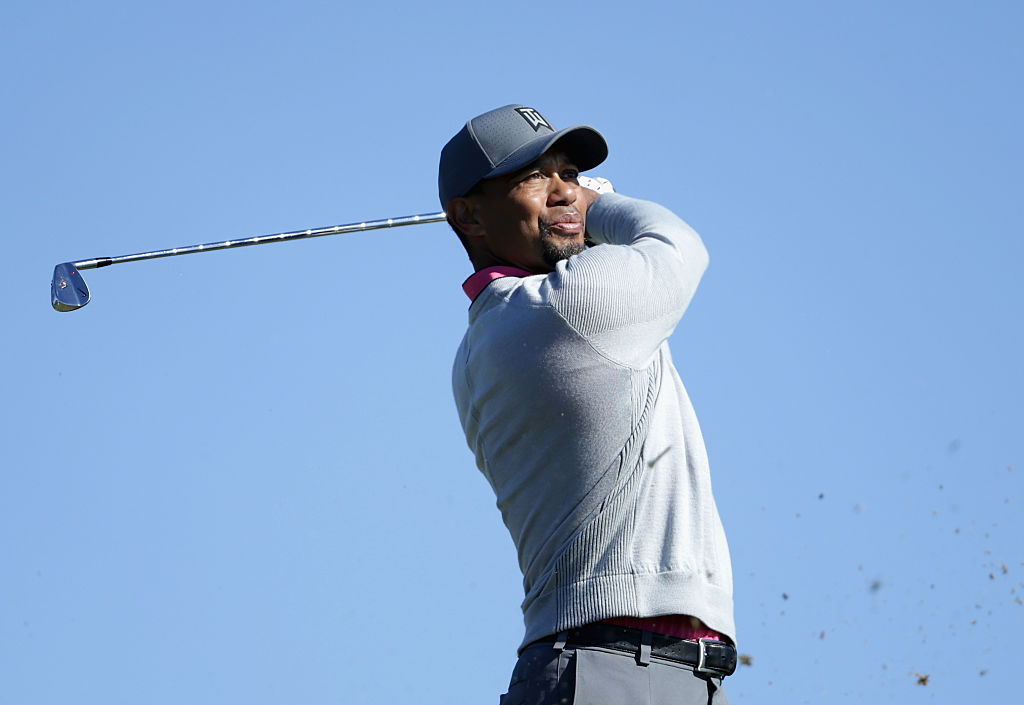 Excitement is high as Tiger Woods makes his return to the PGA Tour this week and to celebrate we select his greatest career moments at Torrey Pines.

The San Diego course sits high on the cliff tops, offering stunning views of the Pacific Ocean, creating a magnificent backdrop for many of Woods’ finest achievements.

The choices below are made in chronological order, rather than ranking them, because what’s the point? They’re all a bit good.

Six wins in the World Junior Championship offered a pretty big clue that Woods liked the place. His first was the 9-10 years of age category in 1984, the same year Ernest Els of South Africa claimed the 13-14 title, and Woods’ main rival in his category was future PGA Tour winner Chris Riley who said: “Tiger had Coke-bottle thick glasses but he could flat-out play.”

Woods opened his paid-ranks-era account with tied third the year before, his victory bid thwarted by the double blow of an opening round of 71, which left him T79, and the weather, which gave him only 36 holes to make up the deficit. In 1999 he was T-36th heading into the weekend. A Saturday 62 transformed that into a one-shot lead. A Sunday 65 confirmed the two-shot win.

On Friday of the 2002 tournament Woods stumbled to a 77. But why highlight it? Because stupendous performance is often best appreciated in cock-eyed fashion. Between his 1999 debut and his arrival at the course for the final round of the 2008 U.S. Open Woods made 46 circuits at Torrey Pines (11 of them on the North Course) and this 77 was the ONLY occasion he ever needed more than 72 shots.

Woods never finished outside the top five in his first five visits and yet he had completed victory just the once. A four-shot win in 2003 doubled that number, a victory typified by this response to trouble which prompted the words: “He’s just got shots we haven’t even imagined yet.”

In 2007 Woods not only opened and closed the week with rounds of 66, he also completed a run of three wins in three years (and his fifth in total).

Twelve months later Woods made it four, calmly trouncing the field by no less than eight shots.

Woods led by one heading into the final round and he never let a lead slip in a major right? Ahead of him Rocco Mediate posted 71 for a 283 total which Woods and playing partner Lee Westwood had ten foot putts to equal on the 72nd green. Westwood went first and missed. Tiger? Unerring.

Woods wanted this one badly. Very badly. Much later caddie Steve Williams revealed that his boss would repeatedly discuss likely US Open pin placements in the years, let alone months, leading up to the event.

Trying to win it with a double stress fracture of the left tibia was tough enough, but 72 holes failed to get the job done. 90 weren’t enough either. In the end it needed 91 holes for Woods to shake off Mediate and claim his 14th major championship.

Another example of when failure shines a light on the sensational. Woods’ return to the venue in 2011, three years after glory, was disappointing. He opened with a pair of 69s (just the third time he had broken 70 twice before the weekend), but stumbled to a weekend 74-75. For the first time in 12 (twelve!) starts he had failed to finish in the top ten, eventually logging T-44th.

Two years later Woods returned to old ways and did so in style. In no mood to let a 36-hole two-shot advantage slip, a Saturday 69 stretched the lead to four and a Sunday 72 maintained the gap. Not just an eighth win in 14 starts, but the 12th time he had finished in the top five at Torrey Pines.