The Round: Commentator Richard Kaufman talks exclusively to Golf365 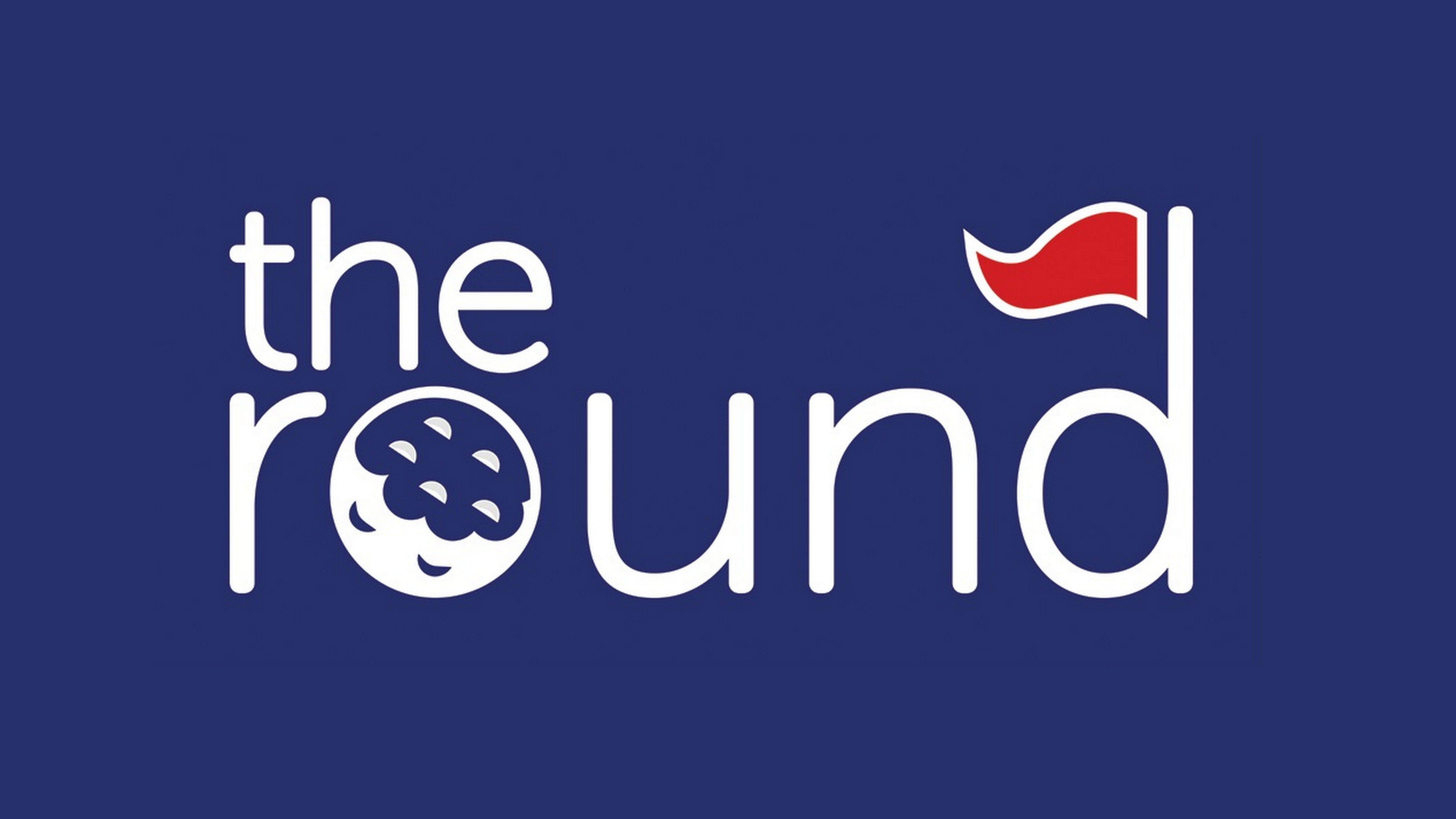 It was the perfect venue to chat with Richard Kaufman: the tented village at Royal Golf Dar Es Salam, with the European Tour contending the Trophee Hassan II to one side of us and the Ladies European Tour competing in the Lalla Meryem Cup on the other.

Why so apt? Because Kaufman is the multi-disciplinarian of the commentary box, whose in-depth knowledge of the sport covers both the men’s and the women’s game.

In recent months he’s turned his hand to podcasting and on the flight over to Casablanca Golf365 had enjoyed the first episode. We wanted the background story.

What followed was almost as revealing as the podcasts themselves, which take golf’s involvement in the format to the next level. Chitter-chatter about last week’s and next week’s golf is done very well by many teams, but the real value of podcasts is their ability to devote time to a story with depth. The Round has achieved that and Kaufman is rightly proud of it.

Golf365: What was the inspiration behind the podcast?

Richard: I’m a podcast fan and I love sport, especially golf. Podcasts are an excellent opportunity to provide a platform for something that isn’t catered for in the mainstream media. For example, my football team is Fulham and the availability or access to any discussion or debate around the team on the radio is and was very limited. Podcasts have changed that. They’ve allowed audiences who aren’t catered for properly in that mainstream to have access to what they want to listen to.

As I hope is clear from this podcast and my golf commentary, I love golf and I’m in the privileged position to travel and immerse myself in the game. I would say it’s different in the USA but in the UK, there is very little radio/audio programming dedicated to golf. There are some excellent golf podcasts available now, but most of them are based around events from the week’s tournaments. There are also interview based podcasts too. I listen to most of them and use them as research tools for commentaries.

But again, I felt those interviews were too time specific. I wanted to create something that was as close to time-less as possible, where the player can tell their story and where the listener would come away with the feeling that they know that golfer now, or at least know them better. I don’t want to get technical with the player. I’m more interested in the personality, the psychology and the emotions, what it feels like to cope with the pressure of being an elite sportsman or woman. The journey.

These podcast interviews are terrific and worth a follow. If you don’t know how good Dale Hayes was, listen to this. https://t.co/j62uOMi6dJ

Golf365: Starting the conversation with one round and then branching out is a neat concept, did that idea come first?

Richard: I can’t take full credit for that one. I kind of knew what I wanted to do, but I was only left with a limited list of golfers I really wanted to interview. I was narrowing it down to golfers with what I would consider “incredible” tales to tell. I floated my idea to a football commentator I know called Dave Farrar and he said he’d just completed a podcast called “The Match” where he had interviewed former footballers about the match that sticks out most in their mind from their career and why don’t I consider doing something about a golfer’s best shot, tournament or round. Immediately it felt right: I thought this is it.

Rather, though, than the whole podcast focus on the match or in this case, the round, I felt I could use the Round as the platform for every interview. It’s a starting point, allowing me to branch out into the rest of the player’s life and career. Suddenly I now had a list of golfers going into the hundreds that I wanted to interview. 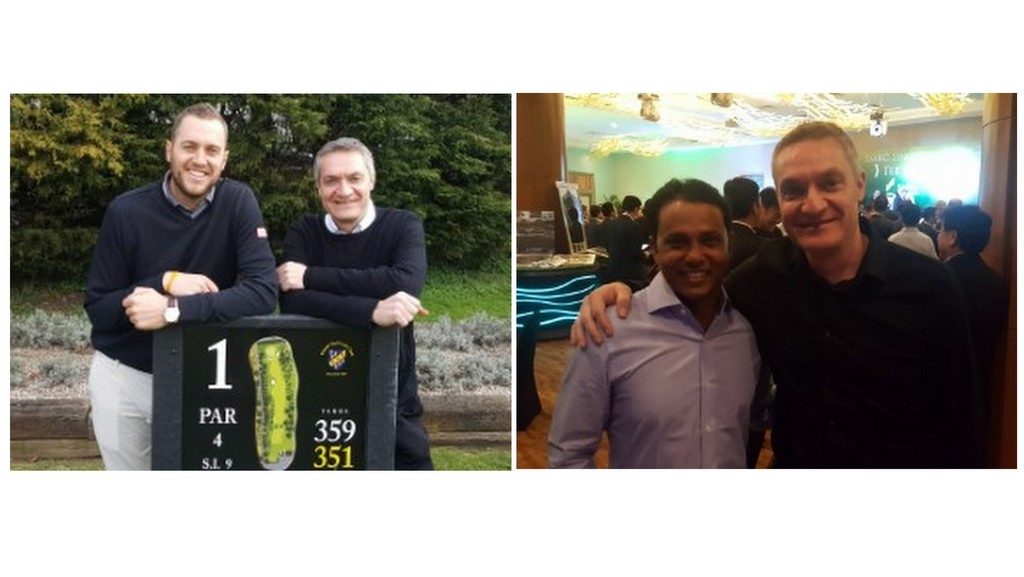 Golf365: The key must have been finding characters whose back story was full of drama?

Richard: Of course, the more dramatic, the more simple the task, I suppose. But it’s easier said than done to commit a golfer to 30 minutes to an hour of their time. I’m not being flippant about that either. They are, in general, a dedicated bunch. I know that people want to hear from the big names and I would be a liar if I said Tiger Woods and Rory McIlroy aren’t on my list. But I knew my chances of getting players from the very top of the game are limited for series one. One very famous golfer said he’d give me 10 minutes and as much as I would love to interview him for 10 minutes, it wouldn’t work with the concept.

The interviews are done either in the UK where I can travel to a player’s house or their local course. Or I interview players at tournaments where I’m commentating. So that limits me a little in that I don’t commentate on the PGA Tour. However, I do commentate on the European, Asian, LET and LPGA Tours. So that’s not too bad!

I think there’s a balance in the list of eleven players that make up series one. From really well-known golfers who are just entertaining and talk brilliantly, to lesser known players whose stories have never really been told properly.

The fourth podcast is with Dame Laura Davies, the greatest British female golfer of all time. She’s definitely a character but I wouldn’t call her story dramatic. I have the privilege of spending time with Laura when commentating and think she’s brilliant as a commentator and in awe of her playing record. So, what an opportunity to interview her for an hour and bring that career into perspective and bring some of the stories along the way to life.

In a few weeks, to coincide with his fortieth birthday, it is going to be SSP Chawrasia. How did he go from being the son of a greenkeeper to a four-time winner on the European Tour? To know what it was like being raised from a family with limited resources in India and the pressure that brings. And to get through it all, with his will and determination. Nearly all of the interviews I have found inspirational and when you hear these golfers talk, you get to realise why they have made it the top of the game. 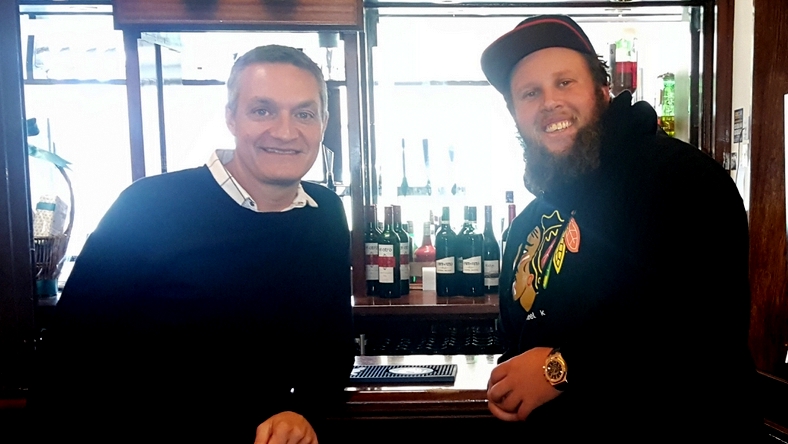 Golf365: Are there any tales to be told from the actual business of getting the various golfers on board with the project?

Richard: Two sides of this project have been harder than I thought. One is arranging the interview and getting the players to commit to such a length of time, especially with something they’ve never heard of. I’ve used the goodwill of getting to know some of my interviewees over the years. Someone like Scott Hend was “sure, tell me when”. Others took tens of e-mails. But all of them have been generous, particularly in the way they open up in the interview. Before every chat, I think to myself, what is the one question I really want to ask this person. That can be an awkward question to ask too. But I think that is the beauty of a podcast like this. It’s why I’ve told every player it has to be face to face. There has to be that connection. And I think that helps with the interview.

The other difficulty is having to PR things. I am proud of the content and the subject matters raised. But it’s not a navel gazing exercise. I want it to be heard by as many people as possible. But I don’t have a station or a magazine or a network behind me for this. So, I have to be in charge of getting it out there in any way that I can. So, honestly, thanks for asking for the interview!

Golf fans, there's a new podcast coming…. Get your ears around it!
Episode One, BEEF, April 10th. https://t.co/tpMMw4OCwL

Any favourite interviees? Any future highlights we can look forward to?

Richard: Yes, but as a father of five, it’s kind of like being asked who the favourite child is! If I have to choose one, I’m particularly fond of the chat with Matt Southgate. When he told me he was choosing an amateur event as his round, I was thinking, really? But it’s such a good story and one story just leads to another so naturally. He talks so well and while some interviews take a small dip along the way, I feel this one just keeps high on drama throughout.

Anthony Kang makes you feel like you are there. His description of winning on the European Tour is incredible. He was actually sweating during the interview, like he had been transformed back in time to the moment.

There is another player who twice broke down in tears during our chat and, I have to admit, it threw me and I’m not sure I gave the interview it’s full worth. But hopefully the listeners will empathise with that, given the circumstances.

There is a former male world number one coming up later in the series who I haven’t yet interviewed and I’m really looking forward to it. I didn’t have a clue which “Round” he would choose and he’s just told me.

And one of the all-time greats in the men’s game, after hearing one of the interviews from series one has agreed to be part of series two, which will start either at the end of September or beginning of October. I don’t want to name names just in case it doesn’t happen for some reason but I am already salivating at the opportunity.