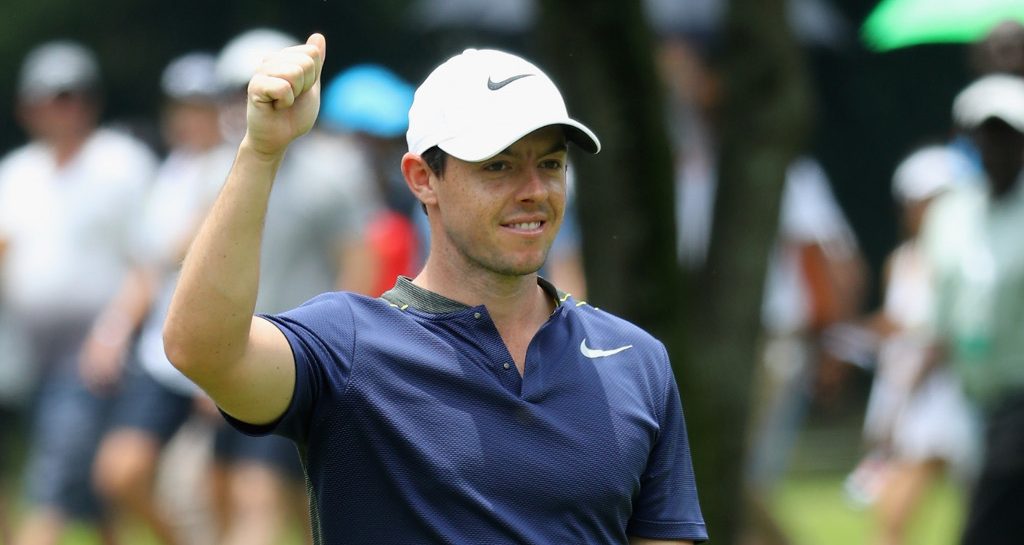 Matt Cooper tells the story of Rory McIlroy’s ten years as a professional through his encounters with five less famous golfers.

Shortly after turning professional at the 2007 British Masters, McIlroy finished third in the Dunhill Links Championship and fourth at the Madrid Masters – but he had failed to make the top five as the 2008 season crept into September.

Suddenly, high up in the Swiss mountains, he found his finest form, opening with a 63 to claim the first-round lead and he never relinquished it.

Only for unheralded Frenchman Jean Francois Lucquin to catch him on the back nine and then sensationally deny McIlroy a maiden win in the play-off.

Since then? Lucquin hasn’t made another top ten on the European Tour. He did, however, star in this magnificent little video, when supporting his friend Gregory Havret at the 2010 US Open. It’s five minutes of magic.

The American five-time PGA Tour winner was leading this tournament after 36 and 54 holes.

At halfway he was nine shots clear of McIlroy, after three rounds the margin was four, after 72 holes he was 10 shots behind. Yes, behind.

McIlroy had not only claimed his first win on the PGA Tour, he has done so in utterly sensational style, shooting weekend rounds of 66-62 to leave major champions Phil Mickelson, Angel Cabrera, Jim Furyk and Padraig Harrington in his wake.

3. George McNeill and the 2010 Open Championship

The American was in the middle of a run of form that briefly thrust him outside the ranks of the journeymen and it earned him a first and second round three-ball alongside McIlroy and Phil Mickelson.

Expectation was high for McIlroy. He had always loved playing The Old Course, had a superb record in the Dunhill Links, and after opening with a 63 to claim the lead it was widely noted that he had never carded a round in the 70s at St Andrews.

Famously he maintained the record in the second round, just not in the manner anyone expected. The wind blew hard, it disrupted play, and when he left the 18th green McIlroy had needed 80 blows.

He closed with 69-68 for tied third. The trend was still to be broken, but his dream of a first major win was. McNeill claimed a second, and so far only other, PGA title in 2012.

4. Mark Tullo and the 2010 Egyptian Challenge

Rory played on the Challenge Tour *after* he won on the PGA Tour and had nearly won a major?! Incredible as it now seems, yes, he did.

He finished the week tied 12th, Chile’s Mark Tullo won the tournament and it helped him claim a European Tour card, something he’s done twice since, but he is yet to retain one.

2013 had been tough for McIlroy. He’d switched to Nike equipment at the start of the year and struggled, he lost his swing for a time, he flailed in the majors, and the wins refused to come.

Some doubted his decision to end the year with a trip down under, but he won the Australian Open after a final round head-to-head battle with Adam Scott and it seemed to give him hope for 2014 where his first start was in Abu Dhabi.

Ahead of him in the final round were Craig Lee, Gaganjeet Bhullar and, rather more trickily, Phil Mickelson. McIlroy passed the first two and caught the American, but he was bested on the day by Pablo Larrazabal.

By mid May McIlroy had made nine starts, completed seven top ten finishes, but 2013’s win troubles had returned.

Then, in the final round of the BMW PGA Championship at Wentworth, he was paired with Larrazabal. McIlroy’s 66 saw him charge through the field, end his frustrations and claim victory.

By the end of August he had added The Open, the WGC Bridgestone Invitational and the PGA Championship.