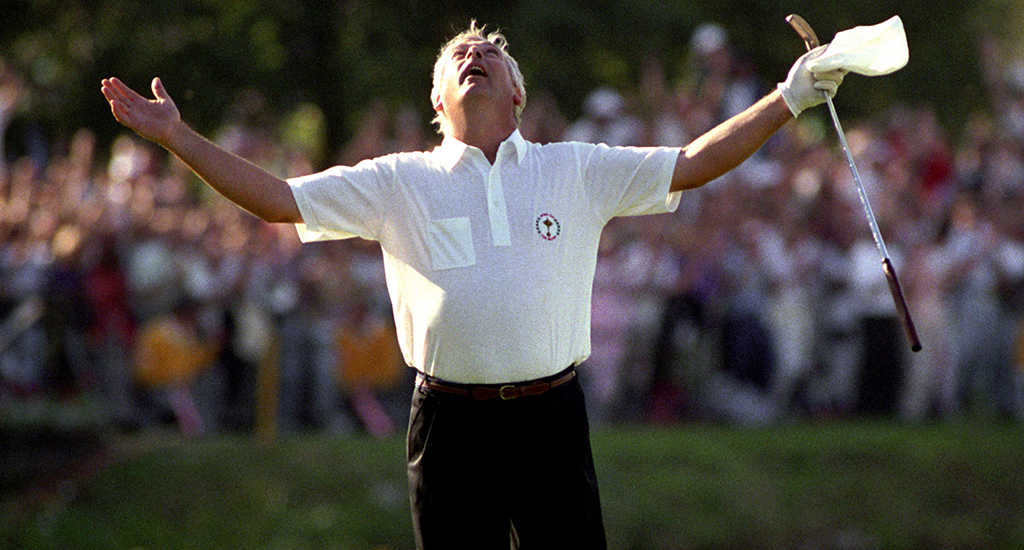 It has been 30 years to the day since Christy O’Connor hit one of the most iconic shots in Ryder Cup – and golf – history. We remember it as a true stroke of genius.

Christy O’Connor Jnr. was, without doubt, a man of true distinction in the world of golf.

The Irishman, who was born in a small Irish farming village, grew up loving golf as a result of his parents’ cattle farm and was the nephew of golfing royalty Christy O’Connor Snr.

He won four titles on the European Tour after turning pro in his teens, and was a regular at the Open Championship across three decades.

O’Connor then went on to be a back-to-back winner of British Seniors Open, as well as turning his hand to course design too.

However, despite all of that, O’Connor will only ever truly be remembered for one stroke of genius – the famous ‘two-iron heard across the world.’

With Europe fighting to keep hold of the Ryder Cup in 1989 at the Belfrey, O’Connor was only in the team as wildcard pick from captain Tony Jacklin.

They needed a tie, and O’Connor found himself up against US legend Fred Couples o the final day.

With one stroke of his two-iron, O’Connor dropped his ball effortlessly just four feet from the pin, allowing him to win the crucial point as Europe earned a 14-14 tie that saw the trophy retained.

Jackling recalls of the moment: “We were delighted to have him on the team in 1989 and I remember he was very excited when I told him.

“Obviously I followed him very closely down the last two holes at The Belfry in 1989 and I caught him before he teed off at the 18th.

“I had noticed on the previous hole that Fred’s (Couples) hands were not operating properly – he had missed a short putt – so I knew Christy had him.

“Christy hit a wonderful tee shot and the Fred pulled his, but because he was so long he cleared the water, leaving himself with an eight iron, while Christy had a two iron.

“I said to Christy, ‘come on, one more good swing for Ireland’ and of course he hit the shot of his lifetime. We couldn’t have retained it without him, no doubt.

The shot was SO good that a plaque stands at the Belfrey course now in honour of it.

It simply reads: “Christy O’Connor Jr hit his famous two iron from this spot in his 1989 Ryder Cup singles match.”