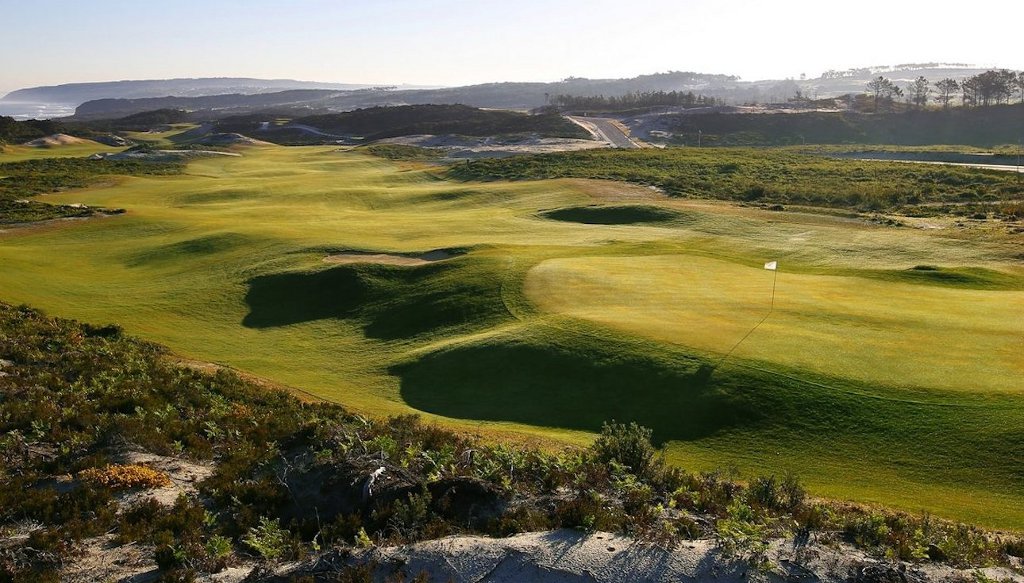 Golfers are a funny breed, forever preferring the traditional to the modern, always wary of hype and reluctant to praise.

Take note then: when Europe’s golfing media returned to the clubhouse after experiencing new Portuguese course West Cliffs Golf Links for the first time, the reviews were unanimous.

Among the group were professional golfers, journalists, experts in course architecture, travel executives and leisure golfers too – a wide spectrum of golfing judgement.

Golf courses usually split opinion, but not this one and the excitement was notable for the quiet manner in which it spread. We had already expressed our admiration for Dye’s creation with our playing partners, now we had the chance to check if we were in agreement with the group.

There were glances, quizzical looks and then slowly spreading smiles as everyone agreed: no doubt about it, we’d just experienced something very special on Portugal’s Silver Coast, an hour north of Lisbon. 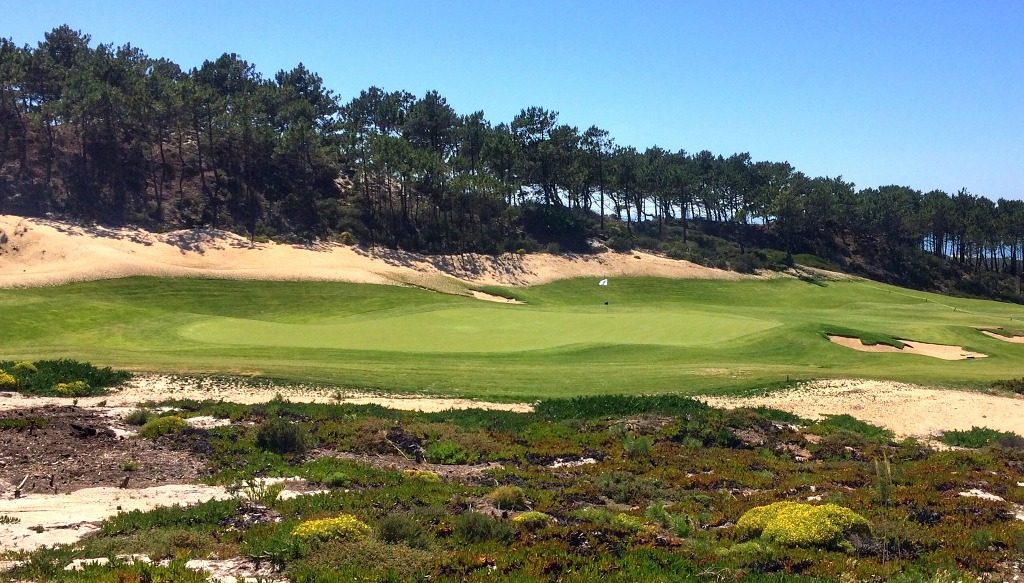 The course has been over fifteen years in the making on the sandy shores above the Atlantic Ocean. Cynthia Dye was responsible for the design which is managed by the Praia D’el Rey Resort, long viewed as one of Portugal’s finest golf establishments.

Dye’s front nine sucks you in. After an easy opening par-4 and short par-3, it’s very tempting to approach the third with a spring in your step, like a sucker who has been set up for the repeated punches of the next seven holes.

That’s not to say the course is too demanding or over difficult. There are golf tests which drain you and others which leave you shaking your head in wonder. West Cliffs is definitely the latter.

A standout is the wonderful par-3 fifth which requires a pitch to a green cresting a high ridge. It requires imagination, concentration and full commitment to the shot. 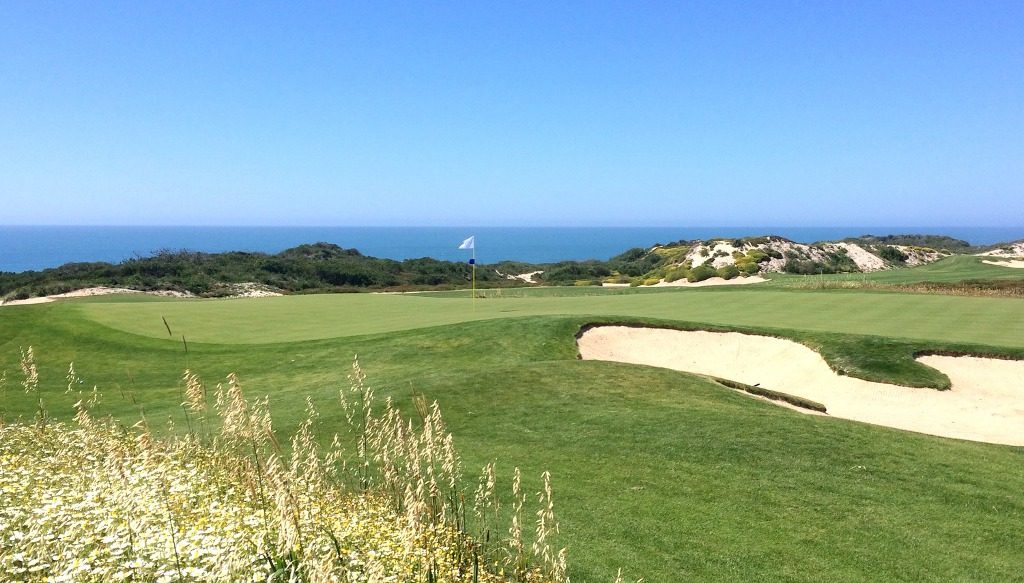 The back nine opens with three holes which call to mind the best of Scottish or Irish links golf. They are followed by a trio played through glorious heather, more reminiscent of English heathland. It concludes with three holes that descend from the highest spot on the property.

The 16th is remarkable par-3 across the top of these elevated sandhills, boasting amazing views across the course and the Atlantic Ocean which lies beyond the spectacular ochre-shaded cliff-tops. The 17th sweeps between the dunes and into pine forest. The final hole drops dramatically from those trees, leaving an approach shot across the edge of a lake, with the elegant clubhouse framing the green.

It’s a vibrant finish to a bracing golf examination, one you immediately want to re-sit.

Cynthia Dye has created a golf course which blends in with the natural vegetation rather than overpowers it. Its is undeniably modern and yet the back nine, especially, feels like it has been there for decades (and many of them) not months, and which combines with Praia D’el Rey to create a legitimately world class golfing destination.

For more information visit the websites –