Review of the 2017 Ladies European Tour 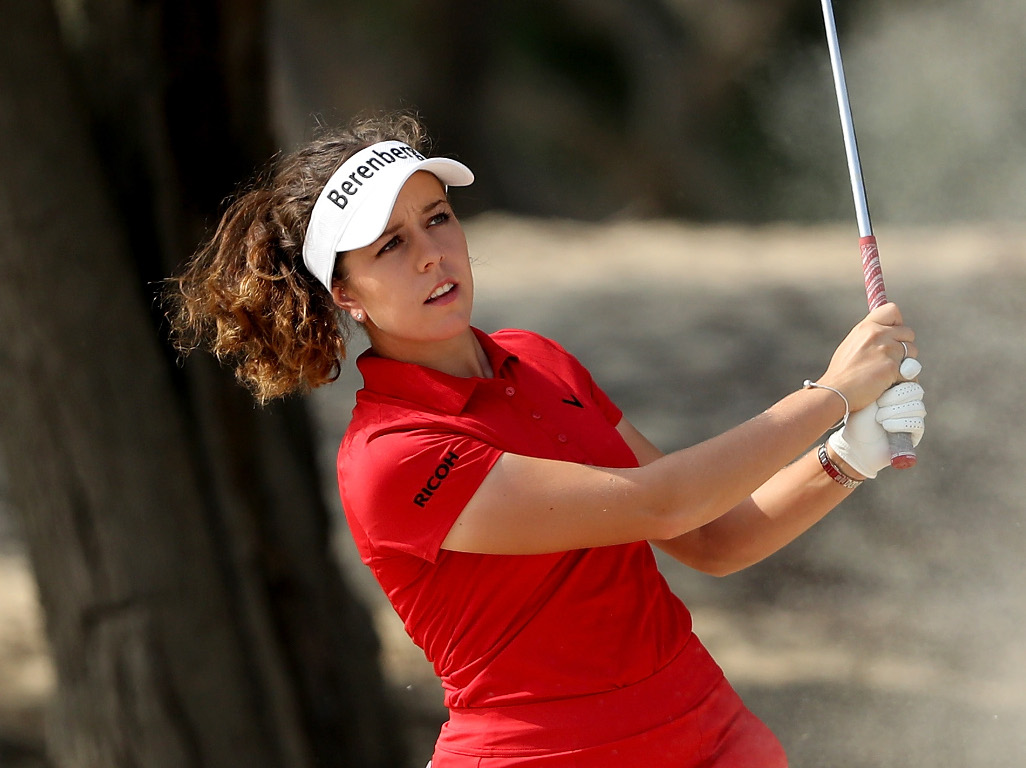 It’s been a tough year for the administrators of the Ladies European Tour, but there have also been highlights on the course, as Matt Cooper reflects.

A year when Georgia Hall continued to rise

The 21-year-old won the baubles (the Order of Merit and Player of the Year), but more telling was how she produced superb golf in the heat of high-grade battle. She was assured when battling In-Kyung Kim for the Ricoh Women’s British Open title, never outside the top ten in the Evian Championship, and thrived in the Solheim Cup, most notably in combination with Anna Nordqvist and then alone, when un-riled by a riled-up Paula Creamer.

Just as importantly she responded in style to dropping four shots in her opening seven holes at LPGA Q School, refusing to panic, believing in herself, working her way back into the week and ultimately claiming her card.

If her name sounds a bit like a National Trust property, her game is becoming a bit of a national treasure.

It’s not supposed to be like this. The Solheim/Ryder Cup arena is, as Richard Gillis pointed out in his book The Captain Myth, a hotbed of hysterical analysis fuelled by rampant attribution errors which ends in the triumphant commander being fed champagne and oysters whilst the vanquished leader is dressed in sack cloth and ashes.

Not this year. Annika Sorenstam lost the Solheim Cup battle, but won the war against conventional wisdom when being justly recognised as an accomplished captain in a losing cause. What’s more she revealed an entirely different side to her personality in doing so.

She was an undoubtedly remarkable golfer, one who in the period from 1998 to 2006 made 117 top three finishes in 201 starts, 66 of them wins. Ridiculous figures and yet she was always deemed something of an Ice Queen. Anyone expecting a similar approach to her captaincy was quickly disabused of the notion by the hen party atmosphere on the first tee in Des Moines which Sorenstam seemed to be loving every second of.

But the most telling episode was when, as the final singles match reached its conclusion, with the fate of the Cup long-since decided, Sorenstam, vice-captains, staff, caddies and players, locked arms and neared the green in a wide arc of solidarity. Many will argue there are no victories in defeat; this moment suggested otherwise.

In 2 years time #TeamEurope will hit the @Gleneagleshotel fairways. Come along & show your support for this amazing team #SolheimCup2019 🇪🇺 pic.twitter.com/YhGocxmSWW

A year when Anna Nordqvist defied the odds

What the Swede initially thought was a sore throat at the US Open was later diagnosed as glandular fever and suddenly her summer plans were threatened. Desperate to prove her fitness for the Solheim Cup she teed it up in the Ricoh Women’s British Open.

A player whose upright gait is one of the most identifiable on tour looked two feet shorter in completing four exhausting laps of Kingsbarns. Admiration that she had finished seventh was mixed with concerns that she was imperilling her long term health.

Nordqvist’s response? A 100% record in the foursomes and fourballs at the Solheim Cup, a ding-dong counter-punching better-ball 60 in a halved match against Lexi Thompson in the singles, and finally victory in the Evian Championship (the second major championship success of her career).

Seriously, how good was this shot by @ANordqvist?! So cool, under immense pressure on the last hole #TeamEurope #SolheimCup2017 pic.twitter.com/8LAXXeHrod

A year when In-Kyung Kim consigned history to the dustbin

Back in 2012 the Korean not only missed a one-foot putt to win her first major championship, she also lost the play-off which followed. It was a crushing mistake which she later admitted left her bereft; a nightmare from which she could not escape.

“Sometimes strangers would cry in front of me about it and I didn’t know how to react to that,” she explained after round three of the Ricoh Women’s British Open, which she led by six strokes.

Having earned the opportunity to slay her demons, her response on Sunday was swift and decisive. She watched playing partner and nearest challenger Moriya Jutanugarn hit her tee shot at the par-3 first hole to 20-feet, knocked her own effort stone dead and tapped it in. So before the Thai golfer had hit even her second shot of the day Kim had extended her advantage. Take that.

The winning margin was eventually two and there were plenty of deep breaths down the final three holes, but Kim withstood the pressure and the Beatles fan no longer had to cry for a shadow.

Ahead of April’s Estrella Damm Mediterranean Open Parker was forthright about her chances of making the European Solheim Cup team. “I need to qualify by right,” she said. “I won’t be getting a pick.”

Four experienced and successful Solheim Cup performers (Mel Reid, Azahara Munoz, Carlota Ciganda and Anna Nordqvist) finished fifth, fourth and tied second respectively that week. The latter two were defeated in a tense and protracted play-off. The winner? Parker. The player who on Wednesday defined her mission and then on Sunday completed it.

A year when the Ladies European Tour was in strife

It was not only a failure of administration, but a disaster for the Solheim Cup. Parker had only three opportunities to play on the Tour in four months ahead of the match in Des Moines. Just three. In four (four) months. It was not so much being prepared by the schedule as being abandoned by it.

In June a player leaked an email to The Times revealing membership fears that the Tour was threatened by financial collapse, a state of affairs which the board quickly refuted. At the Ricoh Women’s British Open CEO Ivan Khodabakhsh was not in attendance, by the Solheim Cup he was not in a job. It was a tense and worrying time for players, staff and fans.

It’s a strange situation which has not eased. A circuit that is struggling, an administration which reveals little, a membership which is told to keep it all in-house, a community which craves change but is suspicious of anyone who debates it, a fan-base which wonders what is going on, an offer of assistance from the LPGA rejected, a possible European Tour link-up apparently under discussion. It resembles a family in the midst of a break-up, stubbornly insisting that not talking about it outside the home might save the marriage. Good luck with that approach. It’s the kids who suffer.

The two graphs below are sobering. The worry is that the trends are deep set. The hope is that someone, somewhere sees a great opportunity. The fear is that not many people really care.

A New Year resolution for European golf? Give a damn about the women’s professional game.

Second go with these graphs to show different directions LET and LPGA have been going recently. Note scales are also different. Tough gig earning a living on LET and been getting tougher. pic.twitter.com/0xqWEBu3vk