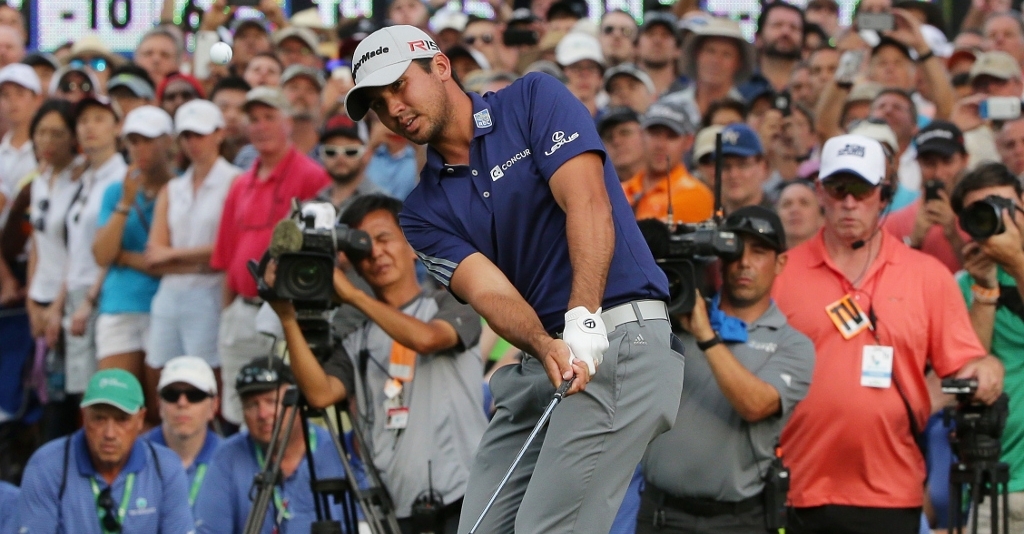 Until recently Jason Day had a reputation of getting close to big victories, only to fall agonisingly short time and time again.

But with two massive wins in the last month, the Australian has well and truly come of age and announced his presence on the world stage.

The 27-year-old romped to a six-stroke victory at The Barclays on Sunday in what was his third victory in four starts – and that includes his maiden major win at the PGA Championship.

Day finished on 19-under at Plainfield Country Club, six clear of nearest challenger Sweden's Henrik Stenson, who closed with a four-under-par 66, while world number four Bubba Watson came home in third after carding a one-under-par 69 to finish on 11-under.

Day, whose 63 on Saturday was a career-best effort at the event, bettered that mark on Sunday with a bogey-free 62 that included eight birdies.

He began his round with three birdies on the opening nine before really kicking off on the back nine, getting underway with a 27-foot birdie putt at the 10th before following it up with another birdie at the 11th.

He continued his hot run with the putter and converted a 28-foot birdie putt at the 14th before sinking a 33-footer at the next hole. A birdie at the 18th rounded off another fantastic week for the Queensland native.

What had seemed like a close contest between some of the world's best players for the better part of three rounds had turned into a procession by the time Day winded down his round on Sunday afternoon.

Day's victory puts him at the top of the FedEx Cup rankings and in contention to win the $10 million bonus.

"The last six weeks (have) been crazy," Day said after his victory in the first of the PGA Tour's four-prong season finale.

"US Open, The Open Championship, you mix that in with three other wins. The good thing about it is it's not over. I have this great momentum going into next week (the Deutsche Bank Championship near Boston) to a course I absolutely love.

"I think I have the opportunity to get to number one (in the world) if I play some good golf over the next three or four weeks. It's been a goal of mine.

"I'm definitely, by far, playing the best golf of my life."

Before the start of the season, Day had finished second thrice at major championships, but believes he reached a turning point in his career at the Open Championships, where he finished one shot off a playoff spot.

"I'm not going to say in the future it's going to be like this all the time, because it's very difficult to win," Day added.

"Mentally I felt like, 'you paid your dues, now it's time to go out and win tournaments.' I felt like it was my time.

"It's just something that you have to fail. You fail and you learn."