Five players to watch at the PGA Championship 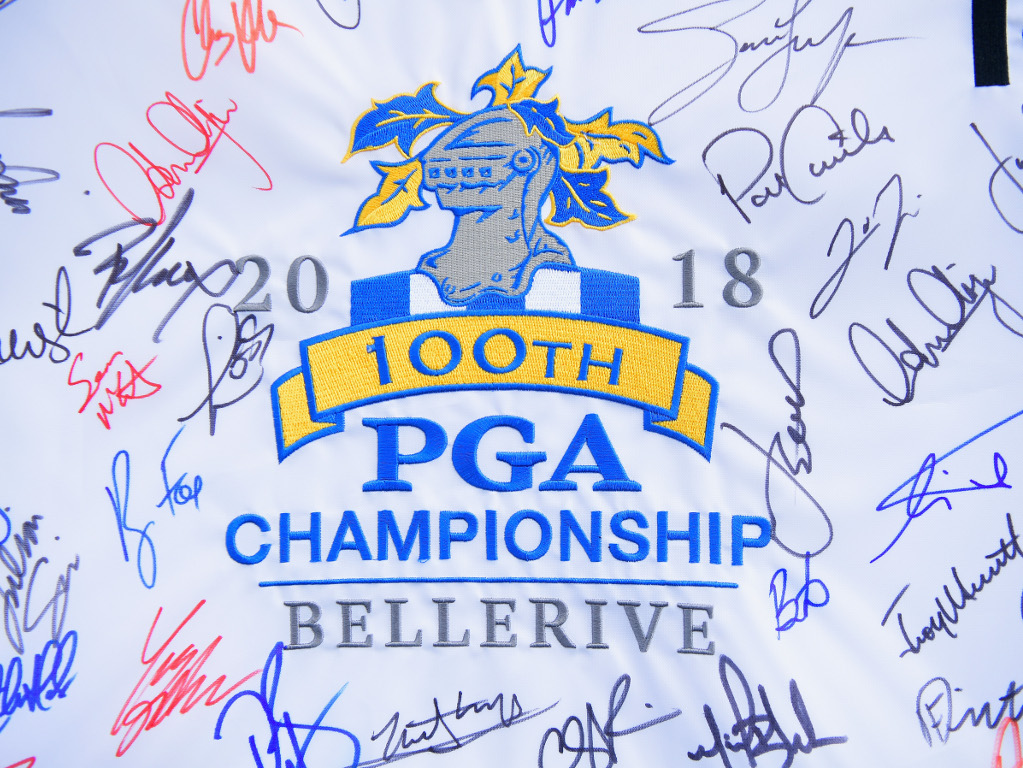 The 100th PGA Championship tees off at Bellerive Country Club on Thursday and we take a look at some potential winners.

The final major of the year is also shaping up to be the least challenging, as Bellerive offers the players wide fairways and large soft greens, making it easy to attack.

With that in mind, the big hitters and aggressive iron players will likely have the edge this week, so here are leading runners.

The best player in the world heads to Missouri in red hot form. After missing the cut in the links of the Open Championship, Johnson bounced back with victory at the Canadian Open and finished T3 at the Bridgestone Invitational last week.

The American leads the PGA Tour in strokes gained off the tee and with the course favouring bombers, that likely won’t change this week. Added to that, with his superb short iron play, we’re expecting DJ to rain birdies at Bellerive.

Speaking of bombers, here’s the biggest of them all, as McIlroy is ranked number one in driving distance in the PGA Tour. Results wise, the Northern Irishman has been in charge on a number of occasions this year but has lacked the killer blow.

His sizzling 64 in the final round of The Open no doubt instilled some belief in McIlroy, who took that form to Firestone last week to finish T6. Once McIlroy becomes more consistent on the greens, the trophies will start rolling in again.

Generally speaking, the defending champion is the bookmakers favourite this week…and for good reason. Thomas was remarkably consistent under pressure at Firestone last week, eventually cruising to four stroke win. Next to Johnson, he is arguably the other player in the field in form.

Stats wise, Thomas is ranked well inside the top ten on the PGA Tour in terms of driving distance, scoring average and birdie average. He’s also 15 under for his last four rounds. Watch this space.

Koepka has a had a remarkable year, given that he spent nearly three months on the sideline with a left wrist injury. The American shook off the rust and came back to defend his US Open title and was in contention last week at Firestone, proving outstanding mental toughness.

Koepka is also prodigious off the tee and backs it up with low risk solid iron play. If his putter turns hot, he could be looking at third major title.

Perhaps a controversial pick given his patchy form this year, but it’s going to come right for the Texan sooner rather than later. Chalking up a victory every year since 2013, it would be a massive surprise if Spieth goes through 2018 without some silverware.

If he can find the range with his putter, Spieth will for sure be in the mix come Sunday afternoon. He’s too good not too.

Tommy Fleetwood has been consistent on the big stage this year, finishing no worse than 17th in the majors so far and has lead the field at the US Open and Open championship. Fellow Englishman Justin Rose can’t be ignored either, having been in stunning form in 2018. The world number three is, however, in an injury cloud after withdrawing from Firestone last week.

Henrik Stenson is another with exceptional pedigree who hasn’t yet fired this year. The Swede does tend to save his best for the majors, having T5 and T6 at the Masters and US Open respectively. While not the longest hitter off the tee, he is one of the most accurate. Joining him with an outside chance is Tony Finau, the only man in the field to have recorded top ten finishes in each of the majors this year.