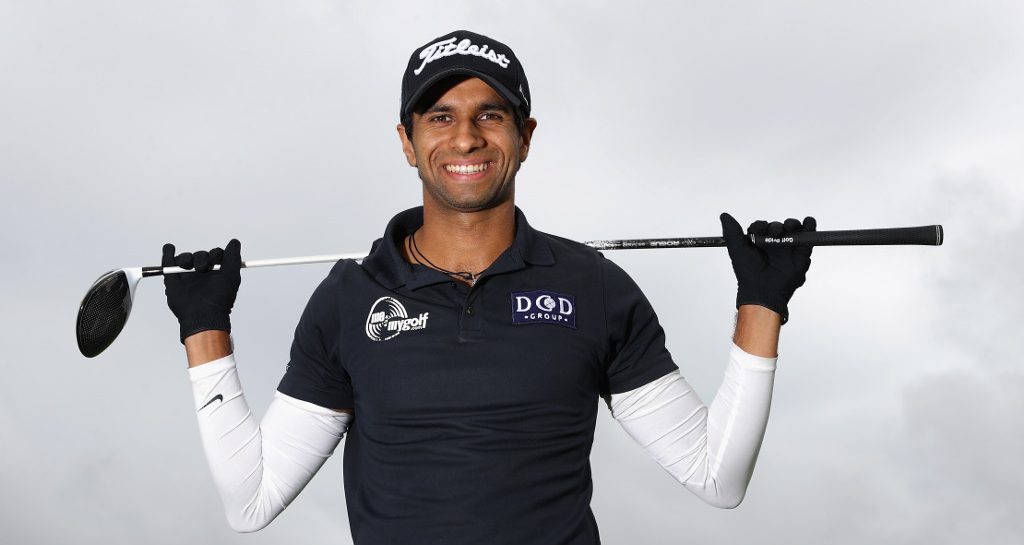 Matt Cooper previews the 50th Kenya Open, taking place this week at Muthaiga GC in Nairobi, which is also the starting point of the 30th year of the Challenge Tour.

This is a tournament with a long history, stretching right back to 1967 and in that half century some famous names have been added to that of the first winner Guy Wolstenholme.

In the 1970s the championship was part of the fabled Safari Tour which was in many ways a forerunner of the Challenge Tour, as Ian Woosnam explained in his autobiography:

“The cost was reasonable, the purses were decent, the vibe was good and, above all, the top three on the Order of Merit earned exemption from having to pre-qualify for any tournament during that year’s European Tour.”

Sandy Lyle was another performer on the circuit and remembers that:

“As a way of saying thanks for our board and keep, the contingent of British players packed an array of goodies for our hosts, which is why my suitcase was loaded down with tins of tomato soup, baked beans, HP sauce, bacon, Bovril, teabags, biscuits and – sheer luxury – soft loo roll.”

All very 1970s and it was undoubtedly an unusual dynamic which included ex-pats who lived in post-Empire style and modern rulers who mixed a desire for independence with a fondness for colonial grandeur.

On and off the oil-soaked “browns” (as opposed to green) there were surreal scenes, such as in Zambia, where President Dr Kenneth Kaunda referred to pipe-smoking Ryder Cup star Brian Barnes as “son” and Barnes reciprocated, calling Kaunda “dad”.

The tournament isn’t alone in celebrating a landmark birthday this year because the Challenge Tour is 30. In that time seven graduates have gone on to claim major championship glory, but only one man has completed the double of winning the Kenya Open and also progressing from the second tier to major triumph (answer at the bottom of the column).

Last year witnessed an emotional victory for England’s Aaron Rai who was adopted by the locals when they learned that his mother Dalvir was not only born in Mombasa, but back in Kenya for the first time in over 40 years.

“The most excitement we’ve ever seen at the event,” said Challenge Tour press officer Tom Curran. “They announced him as Kenyan on the first tee and the fans went wild.”

“Unbelievable,” laughed Dalvir. “They were calling him ‘Toto’ which sort of means ‘our young one’. I had a leg injury and spectators were helping me down the fairways, urging me and Aaron on, saying, ‘He’s ours, he’s one of us!’”

To celebrate the tournament’s 50th anniversary the promoters, sponsors and government have upped this year’s prize fund, making it, at €500,000, the joint biggest of the Challenge Tour season.

Expect a tight tussle on the traditional design at Muthaiga, with European Tour winners such as Johan Edfors, Felipe Aguilar, Julien Quesne and Gary Stal mixing it with fancied stars of the future.

But for all the money and potential glory the best story every year at this event is the continuing success of a caddie programme with roots in Mombasa.

Glad’s House is a charity formed when Vicky Ferguson and Bokey Achola were working with street children in the coastal city. They created an organisation that has transformed the lives of thousands of young adults and children, with golf playing a key part in many of those stories.

A fundamental element of the work Glad’s House does is creating a safe place for the children and the opportunity to work and rebuild their lives. Many of them have done this through caddying at Vipingo Ridge Resort and every year six of them spend the week at the Kenyan Open, working the fairways for Challenge Tour competitors.

Among their number was Janet Otieno whose tale is a perfect example of how Glad’s House can revolutionise a life because she will not be carrying bags this week. Instead she is now working as a streetworker herself and in fact training other NGOs.

Mwamwero Ndona, Julius Amos and Ronald Simiyu will be there however (caddying for Stuart Manley, Nathan Kimsey and Paul Howard respectively). Three young men whose lives are now settled and independent thanks to the hard work of Vicky, Bokey and others.

Challenge Tour performer Chris Lloyd was due to have Julius on his bag this week, but unfortunately long-term injury has intervened and Lloyd doesn’t play, but this video he made a few years afo reveals much about the valuable work of Glad’s House.

Who to look out for this week and during the rest of the 2018 Challenge Tour season?

In the short-term the event has a history of winners who can cope with traditional designs and altitude. Events played on the high veld in Johannesburg are often a good pointer.

In the long term here are five players to keep an eye on:

Minkyu Kim – a 16-year-old who became something of a cult figure on the third tier EuroPro Tour last year, rocking up to Q School fresh from Korea and then claiming back-to-back wins in August. He rubber-stamped his promise with a 62 at Second Stage of European Tour Q School.

Romain Langasque – the Frenchman graduated from the 2016 Challenge Tour and made a solid start to his rookie year on the European Tour with seven returns from his first seven starts. It then all went horribly wrong with only four cuts made in his final 20 starts. Finished third in the Mauritius Open to remind everyone of his quality.

Oliver Lindell – a Finnish 20-year-old who has found success at third tier level, very nearly graduated from the Challenge Tour last November, completed National Service over the winter, and is now fully committed to reaching the top. His website has a biography written in English, Finnish, Spanish, Russian and Chinese. Many bases covered.

Oliver Lindell’s clubs went missing but they have arrived!

Adrian Meronk – Over the last few years the amateur scene has seen plenty of entries from Eastern Europe and Poland’s Meronk might be the first to make a mark at professional level. “I’m very proud to be the first player form my country at this level,” he said at Grand Final in November. “Hopefully I can reach the European Tour and show the young players what they can achieve.”

Matthias Schwab – the Austrian turned pro midway through 2017 and promptly reeled off 16 weekends on the trot at this level. Fell short of graduating, but reiterated his potential with fourth in the European Tour’s recent Indian Open.