Jordan Mixed Open – A step in the right direction for golf

This week at Ayla GC in Jordan the Challenge Tour, Staysure Tour and Ladies European Tour will compete against one another in a ground-breaking event.

Much like the central character in a rotten sitcom from the 1970s, golf has always possessed the capacity to transform a simple exercise into something unnecessarily complicated.

In sitcoms, the intention was to tie knots in this person’s life for comic effect; in golf it’s never quite been tragic – there’s no need to be entirely over the top about this – but, in metaphorical terms at least, it’s close.

The parallels don’t end there.

In 1970s sitcoms, men had absolutely no idea how to interact with the women in their lives. Females existed to be gawped at or to be feared; men were either lustfully contorted with sexual frustration or lived in dread of any woman who had her shit together. 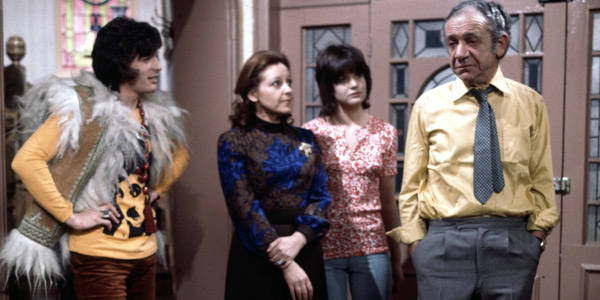 The agonised answer to all this confusion? Men would flee into spaces where they never actually encountered the opposite sex at all, places they could experience solidarity with other hapless fools, where they could talk about women rather than do anything as frightening as chat with them.

Golf clubs are currently suffering from declining membership numbers. You’d think that the bluff business types who run them, the sort who frequently boast about their commercial acumen, would seize on a great advantage golf has (that it can be played by men and women) and also look to capitalise on the only growth area in the sporting participation arena – females.

That’d be the simple and straightforward thing to do, but golf prefers to put on a pair of roller skates and contrive a situation in which it finds itself careering across a post-industrial landscape holding onto the back of a bus like Frank Spencer in Some Mothers Do Have ‘Em.

For a long while the professional tour scene had similar difficulties grasping the opportunity, preferring instead to build complicated and irrelevant obstacles.

This year the tournament debuted on the European and LPGA Tour schedules and its success is entirely down to enthusiasm and a willingness to seize moment rather than fabricate an excruciating pratfall. The men’s and the women’s tournaments are played at the same club, on the same courses, with an equal prize fund, and it works.

Last season the second edition of the GolfSixes included women’s teams and with her very first shot Charley Hull cut through all the crap. She teed up her ball, had a look at the target, took aim, fired a 7-iron and turned away.

Some thought she hated it, but the ball settled inches from the hole and the spectators went nuts. “Oh yeah, I knew it was good,” Hull said later. “I was just getting on with it.”

It was straightforward and highly skilled; it turned out that the simple business of playing together was a good idea.

And so to this week – the Jordan Mixed Open, a tournament which hosts the Challenge Tour, Staysure Tour and Ladies European Tour.

Forty players from each circuit will compete (with three invited amateurs) and to deliver a competitive event the Challenge Tour will play the Ayla Golf Club course at 7,100-yards, the Staysure from 6,601-yards and the LET from 6,139-yards.

It will be intriguing to see how this pans out. We’ll learn more about the game and we’ll be asking fresh questions of the scores throughout the week (that in itself is a blessing).

“Any initiative that sets to break down the barriers that prevent people from taking up the sport and that looks to change the narrative regarding women and girls in sport must be encouraged,” says the Ayla course designer Greg Norman.

“This is an important development for the long-term health of our sport,” insists Phillip Price, conqueror of Phil Mickelson in the 2002 Ryder Cup. “It’s not every week you get to participate in an event that has the potential to change the course of history. Twenty years from now, we may just look back on this as the start of a new chapter in professional golf.”

Meghan MacLaren, winner on the LET last year and this, adds: “There’s a lot male golfers can learn from how we play the game, and likewise there’s a lot we can learn from both the experience of the men on the Staysure Tour, and the aggressive, no-fear confidence of some of the younger guys on the Challenge Tour.

“I think the mixture of attitudes and approaches by each individual to get the best out of their game will be a fascinating watch.”

Above and beyond the willingness to do good for the sport – and for everyone who plays it – there is a genuinely important lesson to be learned from the Vic Open, one which hopefully the Jordan Mixed Open can repeat.

Before Victorian Golf decided to breathe life into their state championships the men’s tournament was a small affair with a tiny prize pot. The re-introduction of the women’s event was win-win: both fields now play for funds unimaginable eight years ago.

In complete contrast to the hoary old bluff business wisdom so often doled out to Meghan MacLaren when she discusses prize money disparity on Twitter, on this occasion sponsorship has flowed not only to the women’s game, but also to the men’s.

Golf doesn’t need to hamper itself. Instead of making women golfers a problem it needs to see them as part of the future. The Jordan Mixed Open is another step in the right direction.