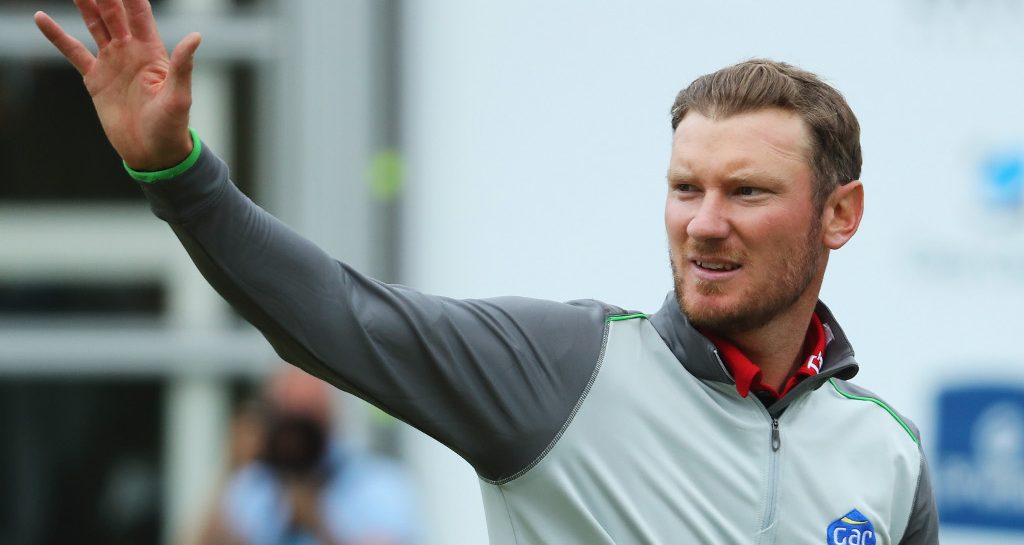 At first Chris Wood doesn’t believe me when I point out it’s ten years since he turned professional.

“No it isn’t,” he insisted with a laugh, as we wandered down the 16th fairway of Royal Golf Dar Es Salam during the pro-am of the Trophee Hassan II.

“Hang on,” he added, mentally counting the years. “Yeah, you’re right. Wow. Where did all that time go?!”

In his decade of golf amongst the paid ranks, Wood has claimed a victory in Asia, added three wins on the European Tour and competed in four team competitions including the 2016 Ryder Cup when he won in the foursomes alongside Justin Rose and took Dustin Johnson down the 18th hole in their singles match. 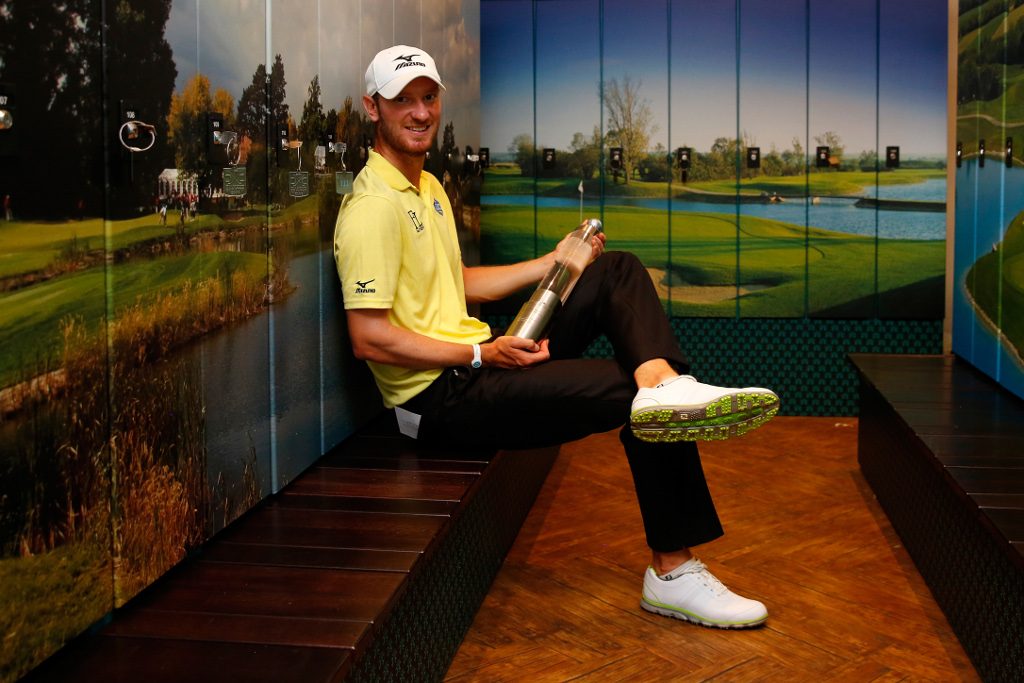 It’s an impressive CV and throughout it all two courses have emerged as staging posts in his development. The first of them, naturally, is Royal Birkdale.

It was there he announced himself in 2008, claiming tied fifth and the Silver Medal for low amateur, and it was there he returned last summer to finish T14, a weekend he earned thanks to holing his approach shot at the 18th hole on Friday.

Solid eagle to finish from Chris Wood. Nice way to get into the weekend #TheOpen pic.twitter.com/sOIJdP55TP

There is more to it than mere numbers however. In 2008, his dad Richard carried his bag down those fairways; in 2017, his wife Bethany walked their son Jonah alongside them. Clearly the proud Bristolian has changed as a man over those years and on the course he has developed too.

“I see it in others now and it reminds me,” he said. “At a young age you wear your heart on your sleeve and the red mist comes in. But I get it now: I understand that it’s four rounds and not just that last shot.

“In fact it goes deeper than that because the season is long, there’s ebb and flow. I used to put myself under a lot of pressure week to week. Now I give myself time because I trust it’ll come good at some point.”

WATCH! Chris Wood wins a BMW i8 for his final-day hole-in-one at Wentworth #BMWPGA http://t.co/b18uyydN5W pic.twitter.com/un5mcTXoxv

The other staging post is the Wentworth Club, host of this week’s BMW PGA Championship. In 2010, Wood made his debut there and led by two strokes heading into the final round. The victory didn’t come that week, but it did six years later: the highlight of his career.

Perhaps the experience he talks of, that transition from over-eager youth to more balanced veteran, has been revealed within his record on the West Course? 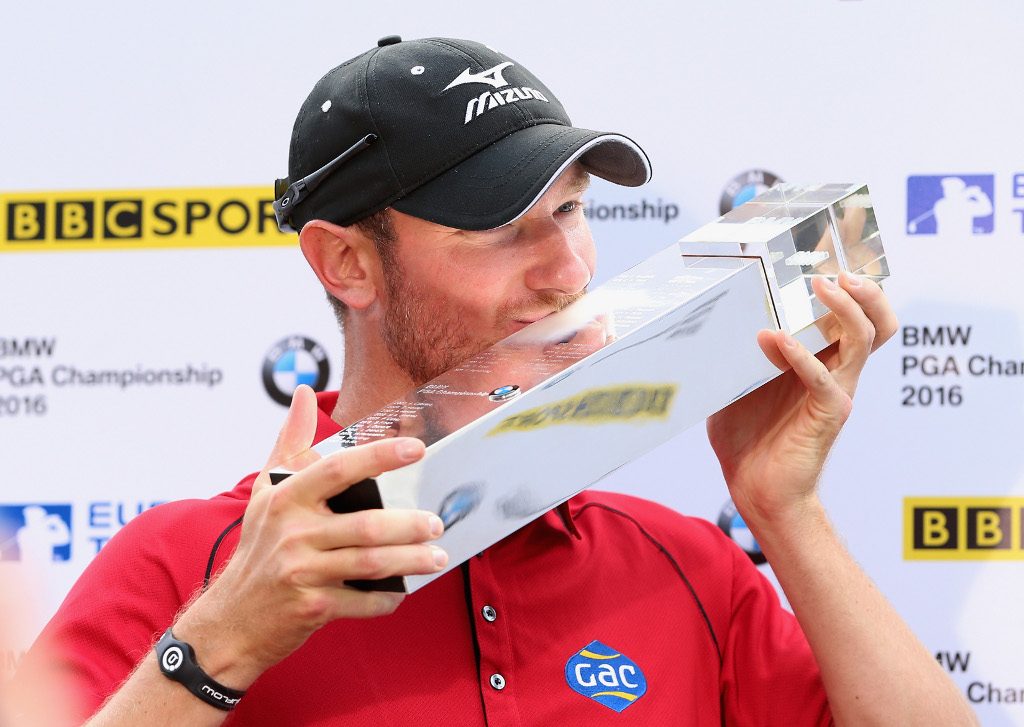 “Oh yeah, one hundred per cent,” he said. “The first time it was only my second full year on tour, a big event, Ryder Cup year and I remember pretty clearly going to sleep, well actually not going to sleep, going to bed and all I could think was ‘Bloody hell, tomorrow I could get in the Ryder Cup team.’

“There’s no hiding when you’re 21, 22 and that amount of prize money is on offer. It’s daunting. I spent a lot time dwelling on scenarios that night, but time has taught me good lessons. Now I’m not a leaderboard watcher. I’m quite happy playing my own game and rack it up at the end. I’ve learned that’s how to get the best out of my game.”

In 2016, his final round front nine included five threes and a two as he made the turn in just 29 shots. Heady stuff and yet a striking contrast to what had gone before. 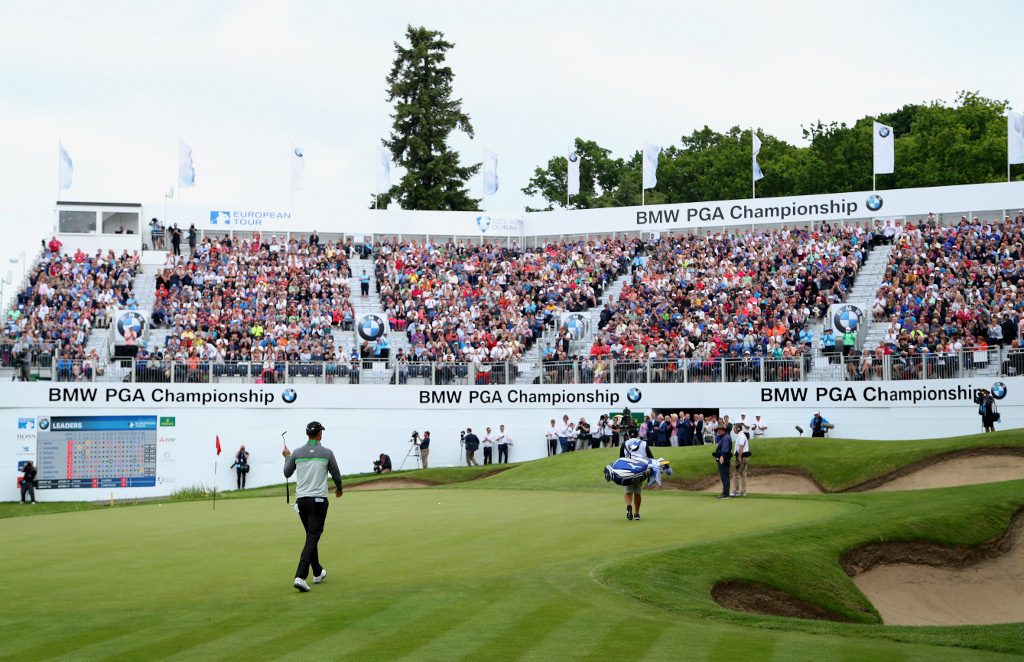 “I’d played so well on Saturday and holed nothing. I turned a 65 into a 68 and I was three back. I was on the putting green afterwards and so frustrated. That’s when sometimes experience is not enough. You need someone.”

“We had a long chat. All they said is ‘be patient’ and it was enough, it changed my mentality. I thought, ‘OK, I’ll wait for it to happen.’ Ten years ago I’d have missed one early, got angry, bogeyed the next, head’s gone.

“This time my head was right, I got off to a good start and the first four holes I had great numbers to the pins so I could really attack the course. It was an amazing day.”

Chris Wood has donated his three-wood to the Wentworth Hall of Fame ahead of the @BMWPGA in two weeks. pic.twitter.com/5foE3ckwfn

Ten years is a long time. Wood has had to overcome back problems and other setbacks, but are there moments he is proud of, which those of us on the outside don’t know about or don’t bother to consider when we look on from the sidelines?

“It’s strange things,” said Wood. “Like I’ve just had three weeks off, working hard, honing the game. No one knows really about that sort of thing. I enjoy those times.”

The golf courses of Surrey excite him. Ahead of his return to the West Course he visited nearby Sunningdale with his dad and friends from Long Ashton GC. He’s also thrilled about the return of Walton Heath to the schedule.

“I just love traditional courses,” he said. “It’s such a pity we don’t play more of them. The British Masters going to Walton Heath is brilliant news. I can’t wait.”

Before that it’s Springtime, when history tells us that, contrary to the old rule of thumb, we can see (Chris) Wood for the trees.

Can’t wait to get back to Wentworth and try and get my hands on that trophy again #BMWPGA #RolexSeries https://t.co/U94Dx4tVVF