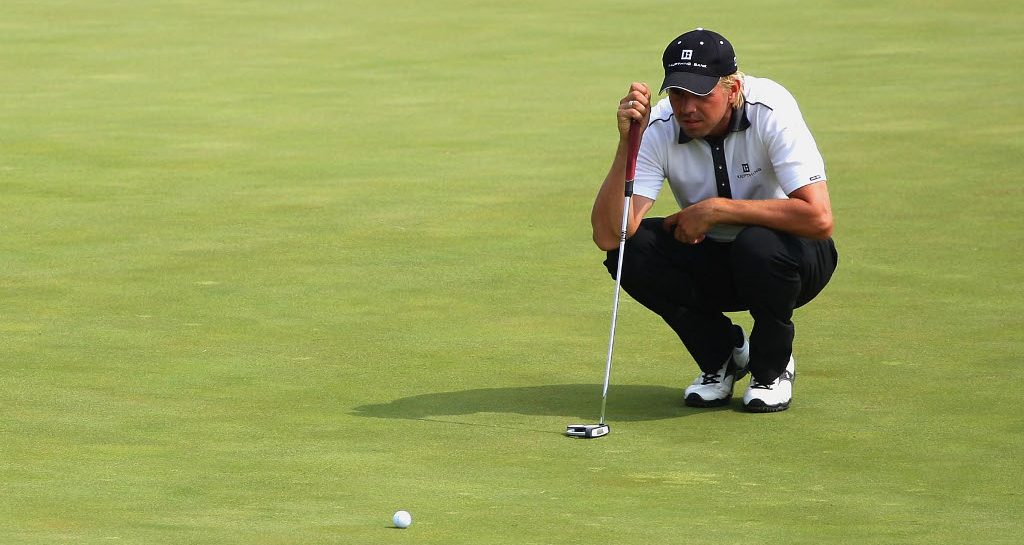 Iceland’s Birgir Hafthorsson has always been fond of the Challenge Tour’s Cordon Open.

The host course, Pleneuf Val Andre, sweeps along the Brittany coastline, rising above the clifftops and then plunging to beach level. The undulating terrain, together with fast-running fairways, has produced a quirky test. Some golfers are infuriated by it; Hafthorsson, in contrast, loves it.

In 2013 he opened the tournament with a 65 to share second place, but couldn’t maintain the pace. Last year he carded a second 65, this time in round three, which turned a poor start into a T12th finish.

Those results proved he liked the course, but Hafthorsson fancied he could play it even better and, after pondering the secret ingredient which would turn a good week into a great one over the winter break, he turned to his wife Elisabet and asked if she wanted to join him there when he returned this season.

“Because,” her husband replied, “I’m going to win it.”

Golf is not a year-round sport in Iceland. “Well, some people play it in our winter,” says Hafthorsson, “but it’s not really golf, it’s just a bit of a walk.”

The rugged landscape makes for stunning backdrops to the country’s courses, yet the climate and preponderance of volcanic rock creates unique design challenges.

It’s no great surprise, therefore, that the nation has little heritage at the top level. Indeed Hafthorsson was the first to make it onto the European Tour, playing there between 2007 and 2009. 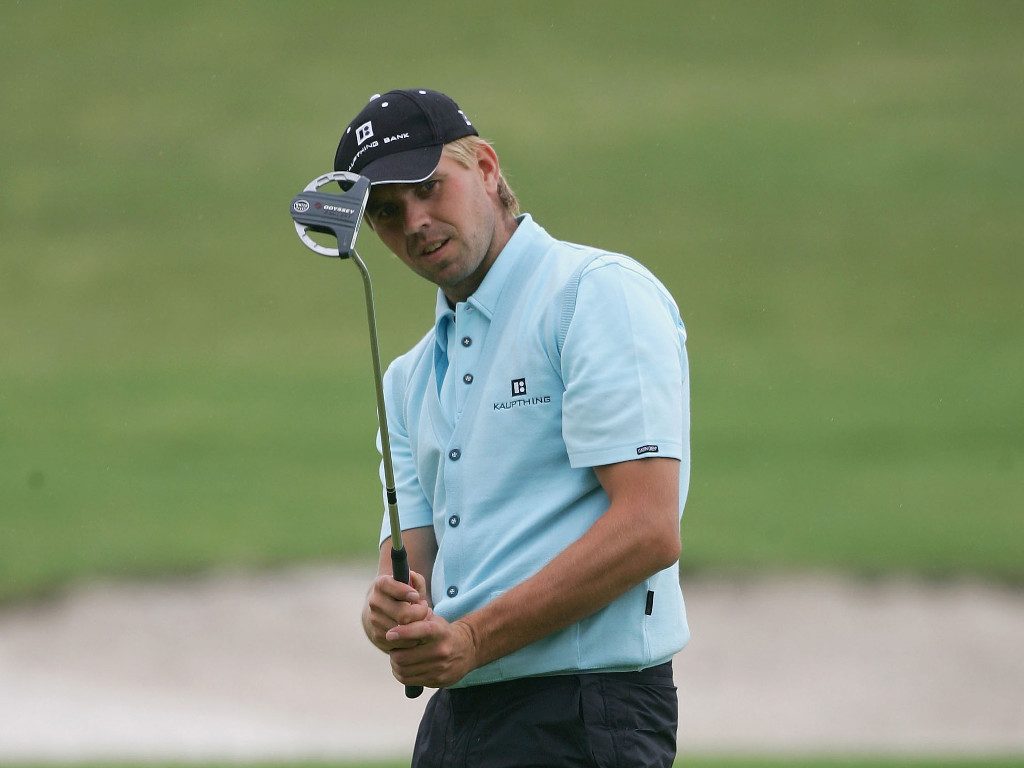 But his career was stymied by back problems, remedies were not forthcoming, so he dropped off tour and devoted his time to coaching the national team.

Deep down, however, the competitive juices continued to flow and when a set of new exercises added strength to his back he returned to action.

He finished sixth in the 2016 Swedish Challenge, the highlight of his year. It was a good result, but was it reason enough to be confident you were Golf’s new Nostradamus?

Two weeks before the return to Brittany, Hafthorsson was T51st at the Viking Classic in Norway. One week before it he was in bed with a fever. He also had sponsorship commitments in Iceland on Tuesday of the tournament week which meant a Wednesday flight to Paris, a drive across northern France and no practice.

“Are you really sure you still want to go?” asked his wife.

He was absolutely certain.

There was more to his winter deliberating than mere daydreams. Hafthorsson believed that if favoured 2-iron over driver he would tame Pleneuf and an opening round of 63 seemed to confirm his theory.

It was a good start, but conditions were easy; he was far from clear of the pack.

That changed on Friday when he carded 65 for a four-shot halfway advantage.

The dream was alive, the prediction was running true, and with it, surely, there was the possibility that a new pressure would emerge: the burden of not bursting the bubble.

“I’ve had trouble in round three in the past when I’ve been contending,” he explained. “But this time? I felt strong. I believed in my game plan. I’d seen it working. I trusted it. I believed I was going to win.”

The field went low on Saturday, but Hafthorsson went lower. A third round 64 extended his lead to seven. 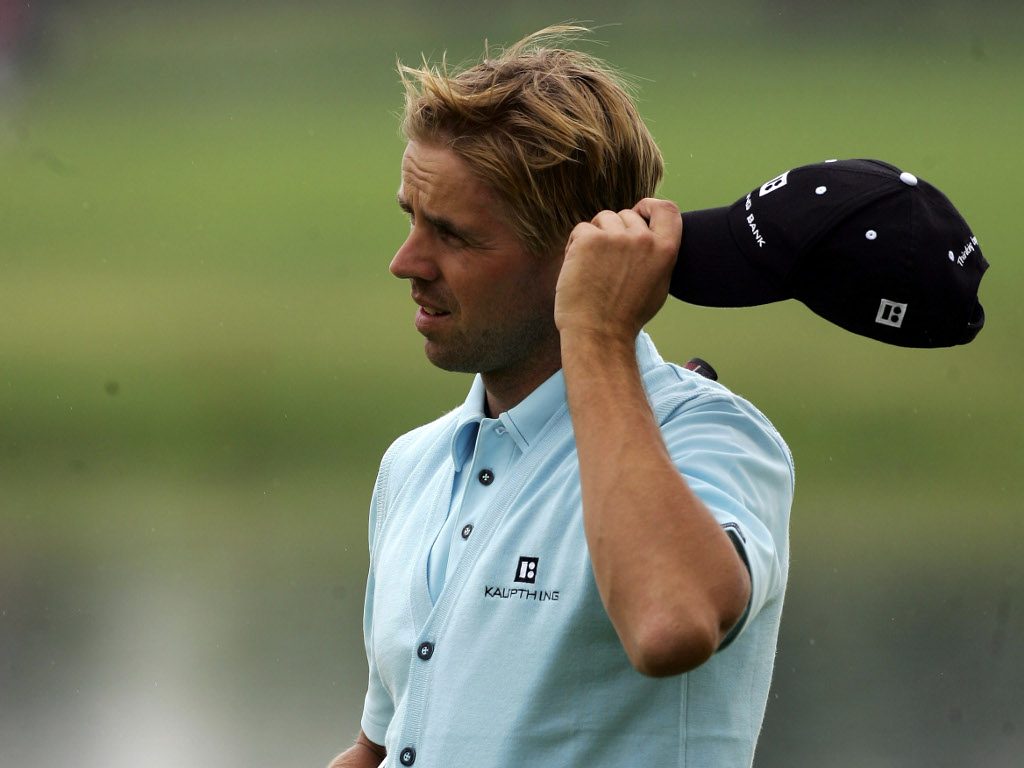 Next day’s golf was washed out yet no-one in the field was in any doubt: Hafthorsson had thrashed the lot of them.

“It’s probably the best golf I’ve ever played,” he said afterwards. “I was nervous yesterday, playing too conservatively, but I started rolling the putts and turned it around really quickly.

“This changes everything. It’s very special, the first Icelandic Challenge Tour win. I’m not the youngest, but I think I deserve this for my patience and the years of getting over the injuries.”

Calling a win sounds implausible but is far from unknown on tour. Back in 2010 Trish Johnson lost a play-off to Karen Lunn then told the winner, “It’s all right, I’m winning next week in Tenerife.” She’d predicted as much earlier in the year and duly collected the pot.

The fulfilment of an audacious prophesy was not the only element in Hafthorsson’s story because he then added: “Olafia Kristinsdottir made it on to the LPGA at the end of 2016, the first Icelandic golfer to do so. It was a great achievement and I hoped I could add to it.”

Kristinsdottir texted her congratulations after his win and one week later celebrated the best finish of her rookie season in America, a T-4th which secured her card for 2017.

Motivation … Between them Hafthorsson and Kristinsdottir are boosting the game in Iceland. Their success was, unusually for golf, reported on national television news. Compatriot Axel Boasson won the third tier Nordic League this season, graduating to the Challenge Tour in the process. Hafthorsson noted that another two Icelanders have qualified for Second Stage of Q School. The sport is on the rise.

The wild success of the national football team might be out of Icelandic golf’s reach, but the future is looking bright.

Meanwhile, in round one at Al Mouj Golf in Oman, there is a four-way tie for the lead in the NBO Golf Classic Grand Final.

Oscar Lengden, Nick Cullen, Tano Goya and Adrian Meronk all carded opening laps of 67 as they seek to transform their 2018 futures.

Each one of them lies outside the all important top 15 in the rankings. There is much to happen between now and close of play on Saturday, but as it stands Lengden and Goya would leap into the top ten, Cullen would sneak into 15th and Meronk would be 16th.

Behind them is a group of six golfers at 4-under which includes Aaron Rai and Oliver Farr, both of whose cards are already assured for 2018. Rai knows that victory might allow him to catch the Rankings leader Tapio Pulkkanen (T-27th after a 1-under 71), Farr has free reign to chase a second win of the year.