Hull and Hall to take on the men 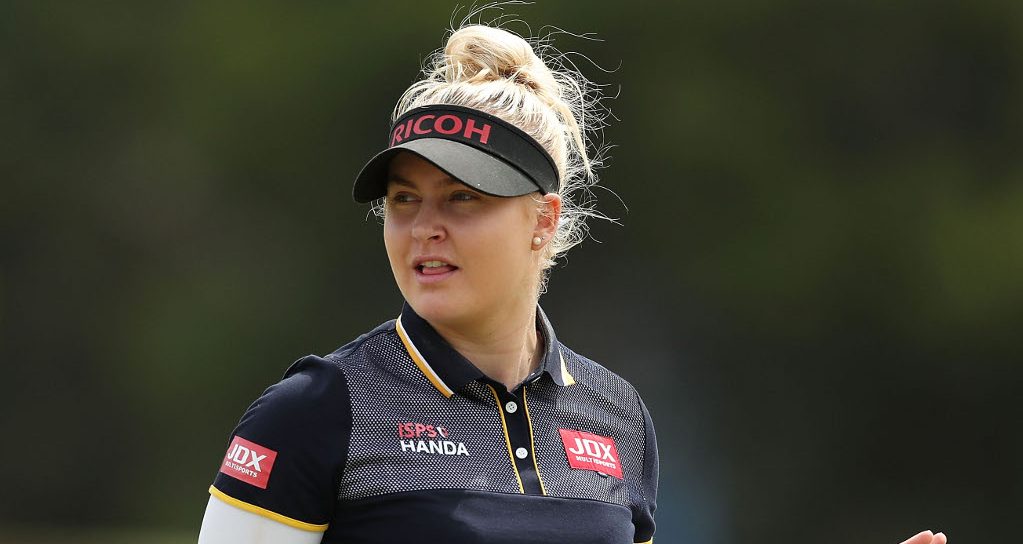 Heard the one about the British golfers with one H and two Ls in four letter surnames? There are two of them and they’re good.

Charley Hull and Georgia Hall were born 23 days apart in early 1996 and just 21 years on they are competing alongside the best women golfers in the world on the LPGA Tour.

In early May they will also take on the men, when they team up to become one of the wildcard pairings in the European Tour’s GolfSixes at the Centurion Club just north of London.

So excited to team up with @georgiahall96 at #GolfSixes in May! Hopefully see everyone there 👊🏻🏴󠁧󠁢󠁥󠁮󠁧󠁿 https://t.co/UendOiFT1K

Exciting times for two golfers who probably suffer from women’s golf’s inexplicable inability to ride the rising wave of awareness of women’s sport in Great Britain.

Consider this: in the last two years the country has basked in female success at the Rio Olympics, the nation has celebrated Johanna Konta making the semi final stage at Wimbledon, ITV broadcast peak-time Saturday night coverage of the Women’s Rugby World Cup final between England and New Zealand, women’s football has become a staple of TV listings rather than a novelty, and Lord’s cricket ground was rocked to its foundations by Anya Shrubsole’s devastating spell of bowling, which snatched World Cup victory in the final frantic overs.

Hall contending for the Women’s British Open however? Bit of a whisper.

It’s strange. TV, radio, newspapers and, to a greater or lesser degree, the general public have bought into the rise of women’s sport. But golf is stood on the outer edges, clumsily wondering why no-one gives a damn. 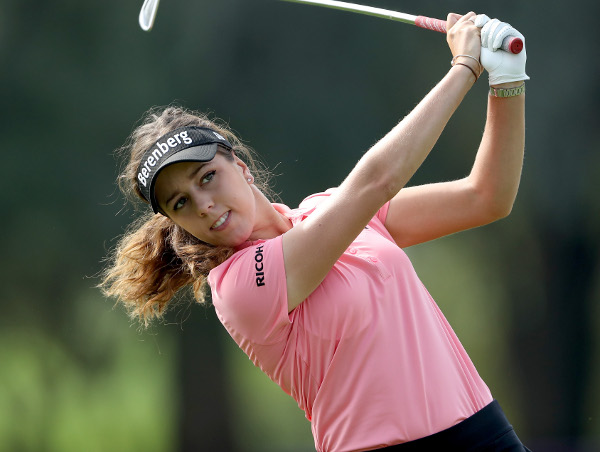 Nor is it a case of only male golfers shunning the women’s game. The male and female writers who celebrate those other women’s sports? Largely oblivious, in output at least, to women’s golf.

Comparisons might be odious and yet they are also tempting. What if Hull and Hall were tennis players or middle distance runners?

Both are ranked in the world’s top 30. Both have starred in the sport’s highest profile team event. Hull is a winner at LPGA level, Hall topped the LET rankings in 2017. Hull hasn’t finished outside the top 30 in her last eight starts on the LPGA, Hall has five finishes of T13th or better in her last seven appearances there. Hull very nearly won a major in 2016, Hall almost did so last summer.

It’s not even as if they lack interesting back stories or characters.

Hull developed her passion from an early age, was home-schooled in order to further her game, turned pro at 17 and claimed a first win at 18. As a seven-year-old she beat a 17-year-old boy who swore at her. She brushed it off with an insouciance she’s maintained ever since.

Looking forward to taking part in #GolfSixes in May. Watched it last year and cannot wait to play! Come watch us at @Centuriongolf 👌🎉

Hall was also young to the game and once played the ANA Inspiration, the year’s first major, as a 16-year-old. But other opportunities in majors had to be turned away, the financial costs of trans-Atlantic travel too great. Early in her career she won a car for a hole-in-one. She couldn’t drive, but didn’t really care, happily taking the money alternative, badly needed to help fund her rookie campaign.

The pair of them are currently preparing for the HSBC Women’s World Championship in Singapore, but in just over two months they will forego the Volunteers of America LPGA Texas Classic and instead tee it up in GolfSixes.

“I watched it on TV last year,” says Hall, “and it looked like a lot of fun so it’s great that we will be part of it this year.”

Hull adds: “I think it’s good for the game of golf. I’m looking forward to teaming up with Georgia and seeing us play against the men will be exciting and something new for the spectators.”

The opportunity that week is not not only for them, but also for British sport to finally appreciate and acknowledge two world class performers at the top of their game.