Haotong Li: The Masters contender who loves to laugh 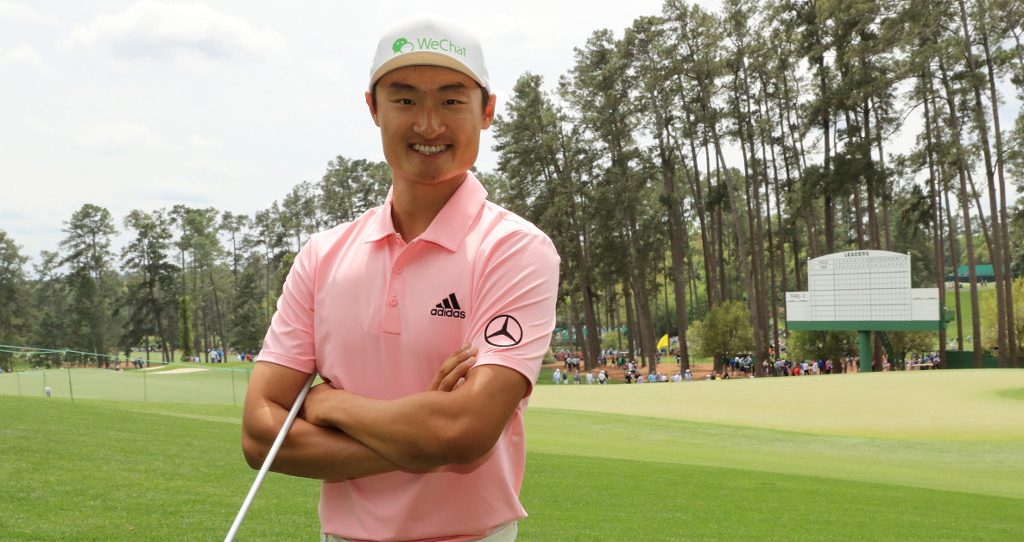 Matt Cooper takes a closer look at the man who shot a first round 69 as he seeks to continue a remarkable Masters trend of recent winners of the Dubai Desert Classic.

There are no flatlines in the golfing world of Haotong Li. Just highs, a few lows he copes admirably with, and a lot of laughter.

His major championship debut, last June in Erin Hills at the U.S. Open for example? He made the cut and then posted rounds of 82 and 84 at the weekend.

To forget your lines quite so spectacularly on the big stage would fluster and confound some, leave them struck dumb with fright ahead of their next appearance in front of a worldwide audience.

Not this 22-year-old from Hunan. 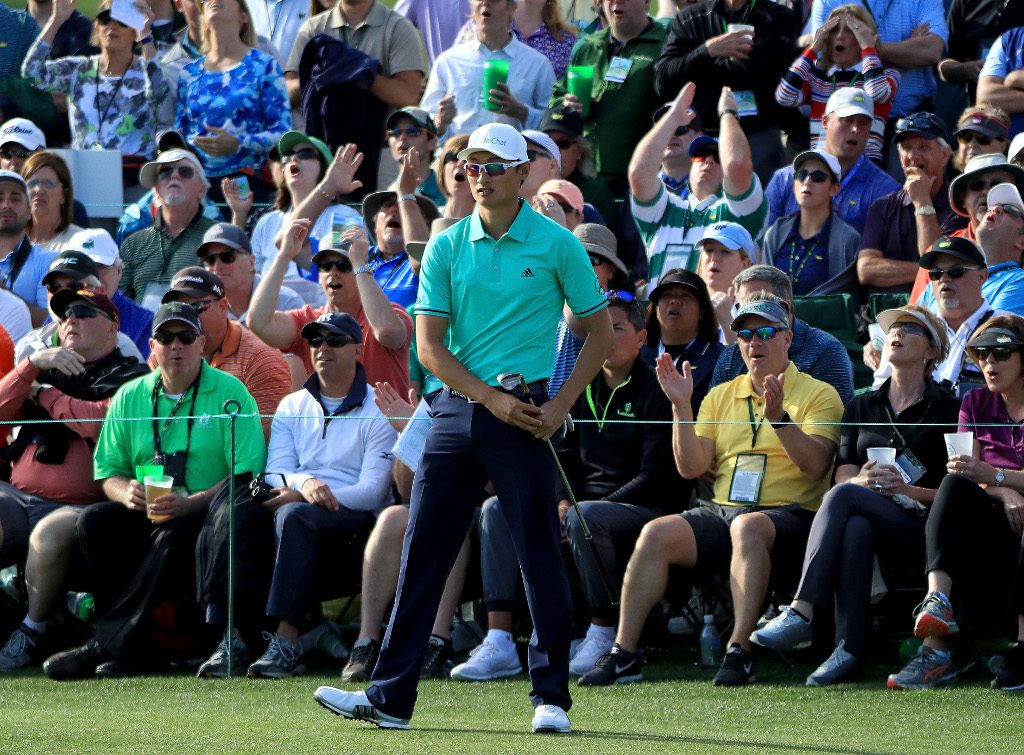 Five weeks later, making his Open Championship bow, he thrashed a final round 63 to finish solo third. That it happened at Royal Birkdale was historically neat. In 1972 Mr Lu of Formosa had charmed the British galleries, 35 years later it was Mr Li of mainland China who did so.

Spin forward another six months and he found himself in the last pairing of the final round at the Dubai Desert Classic with tournament leader Rory McIlroy. He trailed the former world number one by a stroke and deep into the back nine the gap had widened.

Li’s response was “the best four holes of my life” and McIlroy couldn’t counter them as the Chinese golfer completed the sixth, but most prestigious, win of his career.

Reminded that in 2016 and 2017 Danny Willett and Sergio Garcia had prefaced their Augusta National heists with victory at the Emirates GC, Li didn’t back down. “I wish that happens to me,” he said, chuckling in a manner European Tour fans have come to recognise and appreciate.

Around the turn in the first round on Thursday his hopes of maintaining that trend seemed very low when he made bogeys at the eighth and tenth. Of the latter he said: “It was a lovely bogey, I literally almost said ‘Amen’ down there.”

“Literally almost” is a very Haotong Li phrase. It means little but reveals a lot. And his prayer to the property’s famous corner was answered as he ticked five birdies in six holes from the 11th.

Had he completed a sand save from a greenside bunker at the final hole he would have set the clubhouse lead. As it was, he settled for a 3-under-par 69 on his Masters inauguration.

No mean feat that. It took Martin Kaymer 28 rounds to go sub-70 at Augusta; Justin Thomas will make his tenth circuit in the second round and he’s still looking for one.

“I thought I was going to be nervous on the first tee,” Li admitted. “But it was all right. Just quite happy to have a great opening round.”

Tellingly he hasn’t wiped that Erin Hills experience from his mind. Instead he uses it.

“Actually I gained a lot of experience,” he said of that week. “I’ve improved a lot since last year. Got a lot of confidence from there. I think one day I will become a good player.” 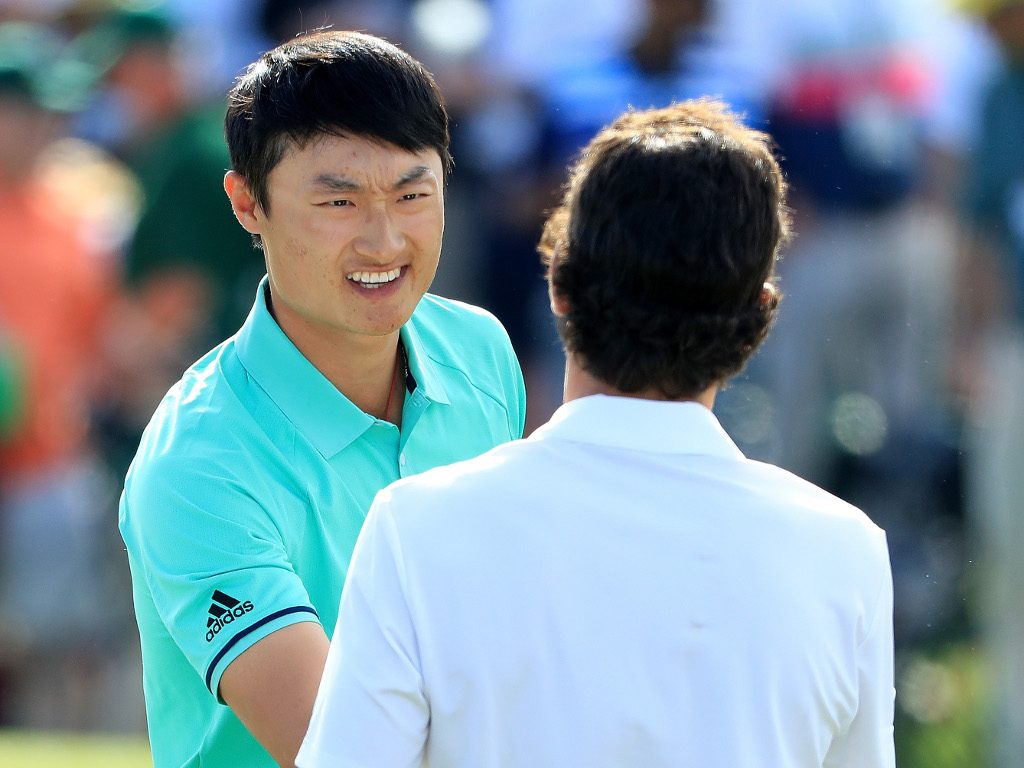 His upbeat personality has been a fixture on the European Tour since he won the 2016 China Open and was most obvious when he very nearly pulled off a remarkable victory in the 2017 Rocco Forte Open.

Trailing the leader by eight going into the final day Li hinted at his Open success with a superb round of 66 on a windswept links-like course in Sicily. But even so, when he signed his card he appeared to have no hope of winning.

He jumped on the airport bus and was close to leaving the premises when alerted to the possibility of a play-off or better; the leaders were flapping and floundering.

Cue brilliant scenes as Li stood outside the clubhouse, constantly refreshing his phone, receiving updates from officials. He gasped and giggled as it appeared he might soon be needed on the course. Alas, he wasn’t but his light-hearted enjoyment of life and golf was displayed to all.

He was recently asked what memorabilia he would be taking home from Augusta this year. “Pretty much everything,” he answered, adding with deadpan comic timing: “Because I’m Chinese.”