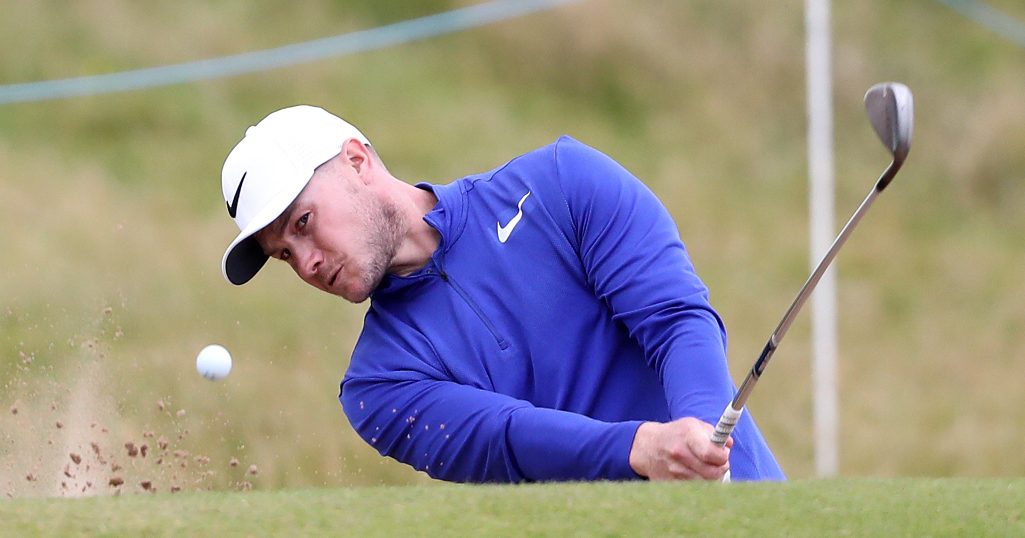 In the latest episode of The Round podcast England’s Oli Fisher discusses his record-breaking 59 in the 2018 Portugal Masters.

When Oli Fisher was closing in on his record-breaking 59 at the Portugal Masters last year the eyes of the golfing world were upon him.

His swing, his putting stroke, his body language, his facial expressions – all of them suddenly thrust into the glare of the Sky Sports cameras.

But his mind was elsewhere, metaphorically at least.

“I was picturing myself in a field with a little house,” he tells Richard Kaufman in the latest episode of The Round podcast. “There’s a swinging chair out the front, flowing grass, and there’s a picket fence painted white. It just takes me away from thinking too much about the game.”

It’s doubtful that 30-year-old Fisher ever watched Little House on the Prairie, but in reviving the classic television series, albeit his own version of it, he did what was required to remain in the present and with it retain the composure required to complete the first official 59 in European Tour history.

Plaudits flew in from across the world for the man who was the youngest player to compete in the Walker Cup and a number one in the world amateur rankings before he turned pro aged 18.

As is typical with The Round it is in the detail that the true story emerges.

Fisher’s dazzling round saw him reach 10-under-par through 12 holes at which point, he admits: “As soon as the birdie on 12 went in, I knew the course would give me chances. I felt like it was in my hands.”

He found the two par breakers he needed, at the 15th and 17th, then very nearly made it 58 with a superb putt on the final green.

But here is the reveal – what allowed him to get so close and then remain calm?

“In 2016 I played the same tournament and in the final round I was paired with Brett Rumford and Graeme Storm,” he explains. “I had to shoot a decent score to retain my card. We were all in that position. If we shot a good score we’d be safe.

“That day I imagined standing on the 12th tee 5-under-par and the cameras suddenly turned to me. And then it happened. Gary Murphy from Sky arrived and I immediately felt like I’d been there before. I actually felt like the pressure wasn’t on me this time.

“The thing I’m most proud of is that on the 16th I came up 16 feet short and made it for par. I said to my caddie, ‘We’ll never get a chance like this again. Let’s just enjoy it for the next two holes.’

“I was nervous. Anxious. I had some little tests. Going up 18 I could see some of my friends behind the green and bottles of champagne. I was thinking ‘Champagne? Why have you got champagne? It’s Friday.’

“So I went back to that house, the picket fence, the flowing grass.”

And, for inspiration, he flicked from Little House on the Prairie to Notting Hill.

Standing in front of the golfing Gods, asking them to love him.

The 59 complete his phone went crazy and when he reflects on that day he says: “I’m very proud that I had a chance and I took it.”

Conversation then turns to the curious nature of success. Fisher was a feted amateur and he believes he understands why he stood out from his peers.

“I think I was a little bit more professional and beyond my years,” he says. “I could score my ball. I had good course management, I didn’t make silly mistakes. I played a lot with Rory and I didn’t have as much flair as him, but I didn’t have many weaknesses and I was a big kid.”

At 30 years of age he is playing in his 13th consecutive year on Tour an achievement many find way beyond them at an older age and yet there remain inevitable questions of his career.

“Am I disappointed?” he asks. “Could I have achieved more? Difficult. The standards are very good and I feel like I’ve learned a hell of a lot. From a results point of view, I feel I may have lost a bit of consistency.

“But I’m still very fresh in my mind. I’m not exasperated or feel like I’m on a treadmill.”