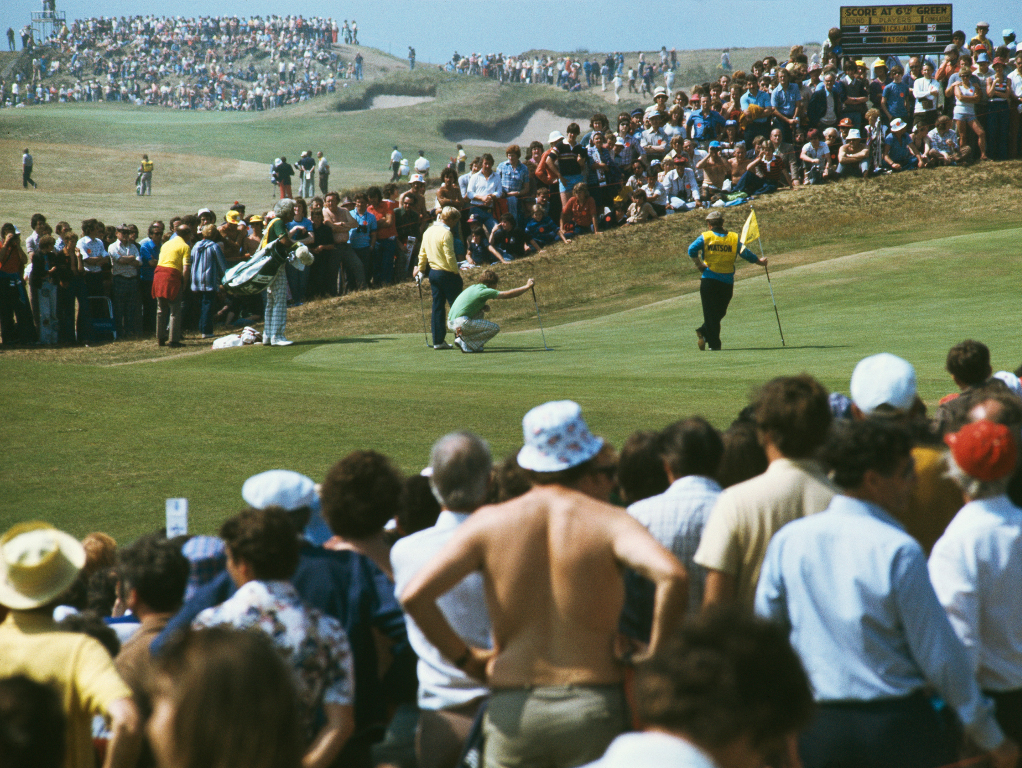 Matt Cooper recovered from the angst which surrounded television coverage of the PGA Championship by watching what majors were like in the good old days.

We live in a very spoilt age which expects perfect coverage of every sporting event, but the griping and whining that accompanies anything less than excellence can get very wearing (even when it is deserved). The prime golfing example? The PGA Championship last year and this.

In need of some kind of retreat from the wailing and sobbing I decided to act counter-intuitively and settled down the other night with the official DVD of the 1977 Open Championship, the famous Duel in the Sun at Turnberry, all the while imagining what the response to it on social media would have been …

@AngryGolfMan
There’s no such thing as the “British” Open. 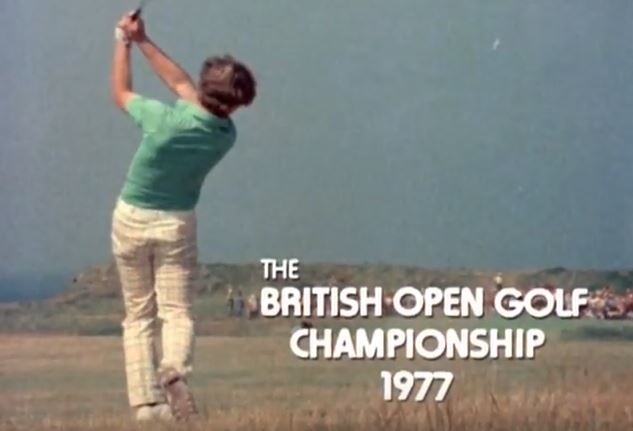 @LoveA5Iron
As the last group plays 14, Peter Alliss: “Only three players in the field went through the turn under par today.” Amazing what they can do with a Casio calculator and a reference book these days. #SpeedyStats

@AbbaFan
Does anyone know how to watch the Open? Do I need to rent a television set from Rumbelows?

@AnotherGolfFan
Wow, how good is this coverage? I just saw Tom Watson’s tee shot in the air. I’ve never seen that before. I always had to wait till the ball was found and they zoomed in on it.
-@RodMarshArmy
What are you talking about? I feel travel sick every time that camera does a wobbly pan across the course. Terrible coverage.
-@AnotherGolfFan
Fair play. The 15th green just went in and out of focus. LOL. It’s useless, mate.
-@RodMarshArmy
I know mate 🙄 To be fair they haven’t got anybody walking the course which would be a good idea!

@StanOgdensBestMate
Bet this looks good in colour. My view: my old man’s Rediffusion black and white!

@AngryGolfMan
Dear BBC, where is the coverage of Scotland’s David Ingram?! He’s finished T26th, not that you’d know it from the coverage. There’s more to this tournament than Jack Nicklaus and Tom Watson.

@GolfFan
Anyone know where that ball went from Nicklaus? Clueless cameraman! I miss waking up next morning and reading all about it in the newspaper!

@HickorySticks
Did Peter Alliss really just say that?
-@WoollyWoodCovers
What did he say?!?!
-@HickorySticks
He said: “We’ve had two holes in one this week, but sadly neither seen on television which is a pity because the producer had a 33/1 bet that a one would be seen on television this year.”
-@ILoveABetMe
Fix! TV and scorers landed a coup. Typical.
-@WoollyWoodCovers
How can it be a fix? They didn’t show it.
-@ILoveABetMe
I know. Fair play. But the scorers must be on it.
-@HickorySticks
Alliss then added: “Not to worry, all is not too bleak because he also backed a TV hat-trick at cricket, and Mr Proctor obliged earlier this summer”. Amazing.
-@ILoveABetMe
Told you. Fix. Shocking coverage.

@Trump
This brown course looks terrible. It will do nothing for the game. No-one will remember this tournament. It will be the least remembered Open ever. Who would ever buy a course that looked like this? Sad.

@Fernando
Are they going to show any golf other than Nicklaus and Watson?!?! #Typical

@HickorySticks
I think Alliss just talked us through a replay he could see but we couldn’t.
-@CrazyGolfer
True story. Clown. Shocking coverage.
-@OoohBettyTheCatDidAWhoopsie
I’m giving up. I’ll read all about it in next month’s Golf Illustrated. Best way and always will be.

@WoollyWoodCovers
Poor Clive Clark. He’s having to cover Roger Maltbie and Burroughs whilst Alliss gets to do Nicklaus and Watson. PMSL. 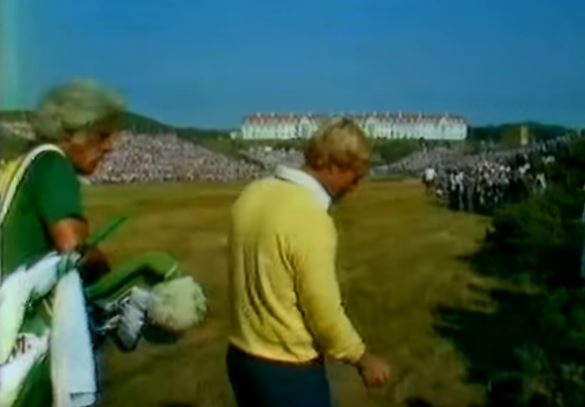 @CunningPunter
Nicklaus misses a short putt on 17. Bottle job.
-@BobbyRiggsKnew
Now he slices into a bush. Handed this to Watson. Pathetic.
-@CunningPunter
They go on about him like he’s the best ever. Alliss actually just said that. Coverage is obsessed with Jack.
-@BobbyRiggsKnew
True mate. True.
-@BearLovesGolf
He is the best ever. #HatersGonnaHate

@HickorySticks
Watson stiffs it from the fairway!

@HickorySticks
Nicklaus finds the green from a bush!

@AngryGolfMan
The last group have been one hole behind throughout the back nine. Abysmal.

@CunningPunter
Nicklaus is a spent force. Watson will win this. Mark Hayes is going to be the next superstar in golf. #JustSaying
-@BobbyRiggsKnew
And minimum 12 majors for Johnny Miller, mate.

@OoohBettyTheCatDidAWhoopsie
Someone just ruined the money shot. Nicklaus and Watson embrace on the 18th green and a bloke walked across in front of the camera. #PutTheOpenOnAngliaOrATV