Golf365 Recall: The Top 10 greatest shots played by Tiger Woods at the Masters 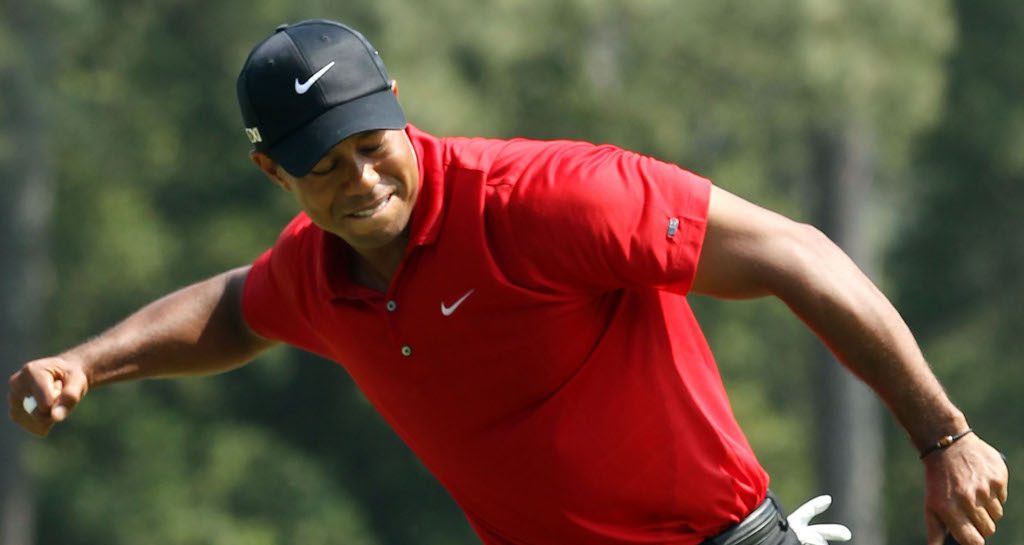 Excitement is high and so are expectations; the four-time champion is back in form so Matt Cooper looks back at the high points of his Augusta National history.

Finding the green on the par-4 11th is not easy. Instead it is very, very demanding. Fear of hitting the ball into the water on the left leads many to bail out on the right. Not many players leave their approaches close, fewer still do so in the final round, fewer yet nearly hole it, as Tiger did in 2001.

“Where’s the best miss?” Ken Brown asked Sam Torrance on commentary, as Tiger prepared to attempt a hooked approach shot at the ninth hole, from the first cut, ball below his feet, around the trees, to a raised green protected by bunkers either side. Second later the ball landed on the green. “Oh my God,” spluttered Torrance. Quite. Just watch Tiger leap across the fairway. He knows it’s a bit good.

This one is just silly. Just look where his feet are aiming. If you can’t quite work out how brilliant this shot is, the man who uploaded this video to YouTube uses his finger to explain.

Woods looked totally down and out when he conjured up this absolute beauty of an approach to the 7th hole during the final round of the 2010 tournament. He still didn’t end up winning, but the shot proved just how dangerous it is to ever write Tiger off.

With so much to his game it’s often overlooked that one of Tiger’s greatest ever strengths was the ability to save par. Few have ever done it better. On the one hand it meant (means?) relentlessly draining three to eight foot par putts. It also meant/means recovering from errant approaches, as in this example, a chip-and-run from the pine straw during the final round in 1997. Maybe not as dramatic as other Augusta chip shots, but of the very highest quality.

“Oh no!” gasped David Feherty on commentary. “You have GOT to be kidding me!” Tiger has just played his third shot to the par-5 15th hole in the second round of the 2013 event. In the air it looks good, but it crashed into the flag stick and ricocheted at speed back into the water. Chaos then ensued. He eventually made bogey-6 which later became a contentious triple bogey-8 when he was penalised for dropping in the wrong spot.

The Number One Shot

What a moment, what a stage, what a commentary.

“Oh my goodness. Oh! Wow! In your life have you seen anything like that?”