Golf365 Recall: The European cameos at the US Open in the 21st century 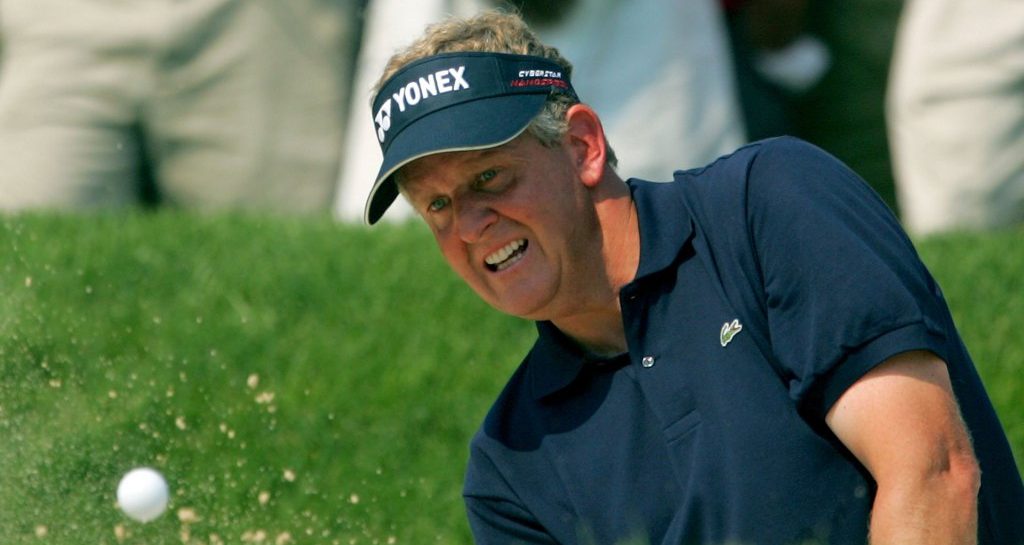 Matt Cooper looks back at the recent history of the US Open, with a close look at the Europeans who thrived without winning.

Miguel Angel Jimenez never came closer to winning a major than shortly after the turn of the millennium. Or did he? He finished tied second, his highest finish in 68 major championships, but the reality was that he finished fully 15 strokes behind the winner Tiger Woods. Fifteen! A few weeks later he got closer to Woods. Within 14 strokes of him at the Open Championship in fact. But where did he finish on the leaderboard? T26th.

Only one European featured all week, in a performance that for many years represented his major championship career in microcosm. Sergio Garcia contended through 54 holes until a 7-over-par final round saw him sink outside the top ten.

The last of Nick Faldo’s five top ten finishes at the US Open and a week in which Padraig Harrington and Sergio Garcia were Tiger Woods’ greatest threat, a precursor of their Carnoustie Open battle five years later.

A controlled US Open debut for Justin Rose, who stalked his way through the field to claim tied fifth, an early sign that the brutal USGA test suited his game, and a top five for Swedish short game wizard Freddie Jacobson.

A torrid four days for the Europeans. Only once, at any stage in the week, did one of them end a round in the top ten and even then only just, when Sergio Garcia was T9th after 54 holes.

The USGA debuted International Sectional Qualifying at Walton Heath and Michael Campbell, who needed persuading to enter it in the first place, not only progressed but went on to claim the title itself. (Note: Campbell, of course, is from New Zealand, but was a European Tour member.)

A remarkable year with an incredibly chaotic and tense final round. Two golfers with glittering careers were handed golden opportunities to grasp the prize that (to this day) eludes them. Colin Montgomerie led after 18 holes and hung around for 72 holes. Phil Mickelson stalked and then passed him. The Scot was chasing his first major win; the American had already claimed that honour, but was seeking the title which he coveted. In a sign that the Walton Heath prelude was having an affect on European and worldwide involvement in the tournament narrative eleven different non-Americans featured in the top ten at some point during the week. But the man with the greatest seat in the house on the final day, alongside Mickelson, with Monty ahead? Unlikely joint 54-hole leader – Kenneth Ferrie.

What does a U.S. Open do to a guy? Colin Montgomerie once relived his double-bogey finish at Winged Foot in 2006, when he lost by a shot: pic.twitter.com/s09t0irvDJ

Lee Westwood had a mid-range putt on the final green to force Rocco Mediate into extra holes. So did Tiger Woods. Westwood missed, Tiger didn’t.

The drama came early as Peter Hanson made a hole in one at Walton Heath to defeat his play-off opponents. Fellow Swede Johan Edfors also qualified. See tweet below ->

Gregory Havret found himself needing to hole an eight-foot putt on the final green to force a play-off with winner Graeme McDowell. Alas, he missed it and remains a footnote in major championship golf history. But this video captures the wonder of the day, as his good friend Jean Francois Lucquin follows his progress. The contrast between Havret (who wanders round like he’s off down the boulangerie for pain au chocolat) and Lucquin (who twist and turns as if being tortured) is glorious.

Rory McIlroy walked it, Robert Rock took a $1,000 cab ride (a last minute inclusion in the field he was also reported to have paid $9,000 in flights and fast track visas).

Nicolas Colsaerts was a key figure through 54 holes and Lee Westwood ended the week tenth. The Englishman has a stunning record playing the US Open in California: 7th-5th-3rd-16th-10th.

Colsaerts featured again before, on Father’s Day, Justin Rose fulfilled his dad Ken’s conviction that he would win a major championship.

Martin Kaymer won by so many (eight) there were no such things as cameos.

Gregory Bourdy was tied third at halfway, Shane Lowry led by two at the end of Saturday’s play and by four when the third round was completed on Sunday morning, but Dustin Johnson prevailed over both.

Proof that Tommy Fleetwood had come of age. He made made just one cut in seven previous major championship appearances, but was superb in contending all week at Erin Hills to finish fourth.

The following year he did even better, finishing just one stroke behind winner Brooks Koepka amid treacherous conditions at Shinnecock Hills to secure solo second place.