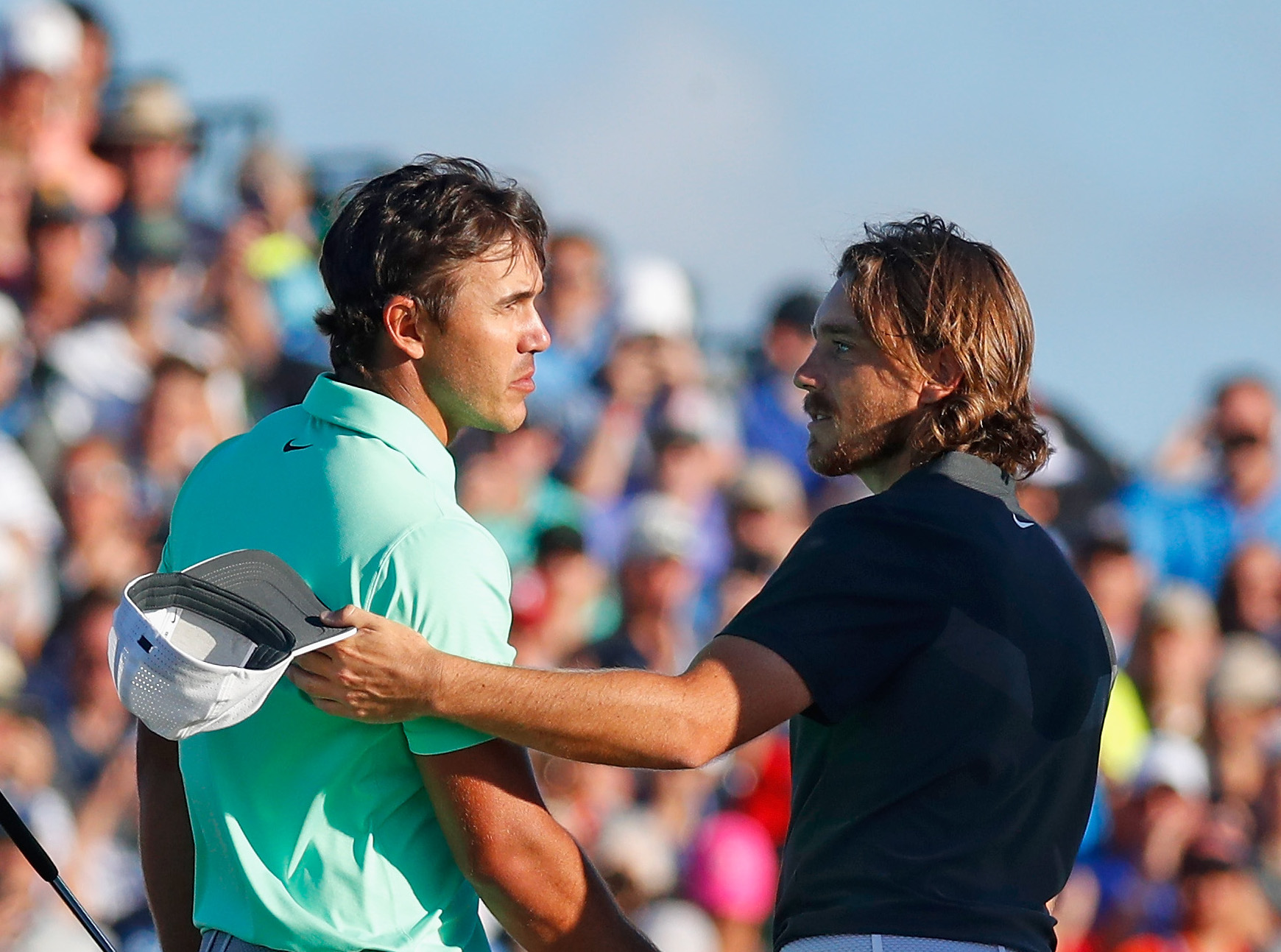 The morning of Thursday 22nd August 2013 was warm but overcast at Gleneagles Hotel, the clouds hanging stubbornly low over the surrounding Ochil Hills for the first round of the final Johnnie Walker Championship before the Centenary Course hosted the 2014 Ryder Cup.

Gleneagles is a special place. It is difficult, if not impossible, to spend such a morning there and not feel excitement. The splendour of the hotel, the reverence towards sporting pursuits, the colours of the surrounding countryside; they fuel a golfer’s anticipation and stir his or her soul.

At 8.55 the starter cleared his throat. “On the tee,” he announced, “representing Italy, Matteo Delpodio.” Polite applause followed by respectful silence, but really? To be honest we weren’t there to see Matteo.

Instead, going through those familiar final motions ahead of their round (last bite of a flapjack, quick squiggle of marker pen on ball) were two of the European Tour’s bright young things: Englishman Tommy Fleetwood and America’s Brooks Koepka. We wanted to know how they would play today and what they were capable of in the future. 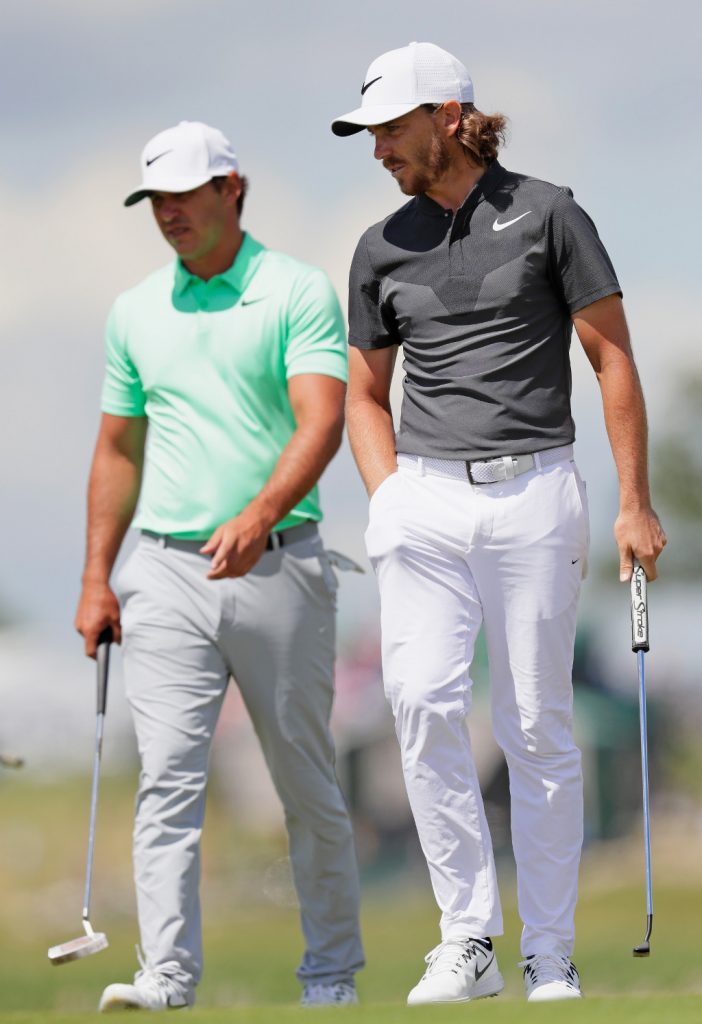 A little under two years previously Fleetwood had graduated to the main stage as the Challenge Tour’s number one. At the season’s concluding tournament, the Grand Final in southern Italy, he had missed out on the win to Andrea Pavan. Disappointed? “Well, I won the rankings and Andrea got the win on home soil,” he said with a smile. “So everyone’s a winner really.” It was an early sign of the likeability that has become his trademark.

Meanwhile, a mere two months before, Koepka had also advanced from Europe’s secondary circuit. Three victories in May and June had earned him Battlefield Promotion and the day after the last of them he made it two wins in a week, topping Open Qualifying at Sunningdale after which his playing partner, Oli Fisher, said: “He’s probably the best putter I’ve ever played with.” Another pointer towards the future.

That morning at Gleneagles they both shot 68, but in different fashion. Fleetwood, slighter although not losing much in distance from the tee, was clearly skilled in the long game. Koepka muscled his ball from the tee and was as confident with the putter as Fisher suggested he deserved to be.

After 36 holes both were in the top five. Over the weekend Koepka drifted backwards, but Fleetwood pushed on, defeating Stephen Gallacher and Ricardo Gonzalez in a play-off to claim his first European Tour victory.

A year later they remained players of potential, unable to force their way into their respective teams for a return to Gleneagles, but they were paired together again, this time in the final round of the European Masters, high in the Swiss Alps, where they were bettered by Koepka’s compatriot David Lipsky.

From here their respective paths took a different route. Koepka’s third in Crans was the start of a run of seven results of T11th or better in just ten starts, two of them were victories, one in Europe and the other on the PGA Tour.

Earlier in 2014 he had recorded tied fourth in the US Open, the first of 12 top 20s in 15 major championship starts. It was proof that he thrived under the greatest pressure, that he had found his feet.

Fleetwood ended both 2014 and 2015 in the top 25 on the Race to Dubai, but his major record contrasted with Koepka’s: he missed the cut in six of his first seven starts. The exception was notable, however: T27th at the 2015 US Open.

From July 2015, however, Fleetwood suffered a 12-month loss of form. He would later reveal in a European Tour video: “I was world number one amateur, flew through Challenge Tour, played well, I felt comfortable and that I would just progress, but it turned out that wasn’t the case.

“Struggling was something I hadn’t experienced. I can literally pinpoint where it went wrong. Shot 3-under first day in the 2015 Open at St Andrews and I love the place. Second day, turned up, couldn’t hit it, I was horrendous. From that day it went downhill for a year.”

A text to his dad led to a reunion with old coach Alan Thompson and together they slowly rebuilt his confidence. Close friend Ian Finnis took his bag and a Don Quixote/Sancho Panza-like bond was formed: “We knew: it was me and him, we were in it together.”

It would be easy to think that Koepka had experienced no such doubts, that his trajectory had been straightforward. Truth is, he’d been going through them the very week he’d won twice in 2013. 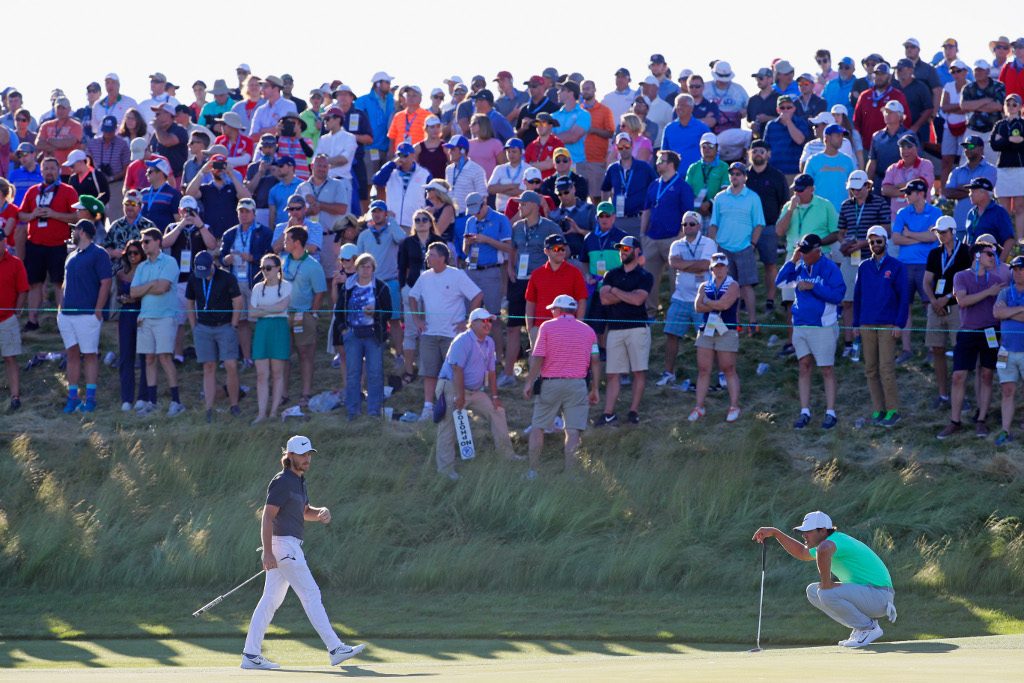 “There was a low point,” he explained last year. “I called my manager right before I won the third Challenge Tour event. I think it was the night of the third round. I was like, ‘I don’t even want to play.’ I was tired of travelling, tired of golf. I just wanted to be home, even though I think I had the lead at that point and was about to win the third one.”

His first start was the Abu Dhabi HSBC Championship where he’d missed four cuts in five previous starts. No bother: he ticked off three laps of 67 and a 70 to claim the win. Six months later he went to the Open de France with an even worse course record: four missed cuts in four. Result? Another win. By the end of the year he would be crowned number one on the Race to Dubai.

In-between those wins he’d headed to Erin Hills for the US Open and his partner for the third and fourth rounds was a familiar face: Koepka.

Nearly four years on from their 36 holes in Scotland they were about to confirm the promise of that distant day. Fleetwood finished the week solo fourth, a first major championship top five and affirmation of his world class status. Koepka lifted the trophy itself.

Twelve months later (last Sunday) they were at it again. Erin Hills had been poo-pooed by many as a US Open venue. “Not good enough for a major championship,” said some. “Not the severe test a US Open should be,” said others.

Pretty special to be able to share this moment with my #ULTRAdad. Happy Father’s Day … now it’s time to celebrate!! #USOpen

Shinnecocks Hills was all that and more, on Saturday the examination was an ill-conceived knee-jerk response to what had been presented a year earlier.

Fleetwood had been hurt in that third round, shooting 78, but his Sunday response said everything about the state of his game and his faith in it: “I spoke to (Ian) and we said ‘Let’s go out and shoot the greatest score in a US Open and we’ll have a chance.'”

In fact he equalled the greatest round in a US Open. His seven-under 63 a sensational exhibition of ball-striking which culminated in a fearless approach to the final green which gave him a genuine tilt at the first final round 62 in major championship history. Alas the speed of the putt fooled him and he fell one short of a play-off, but he had faced a bona fide US Open test and passed it with flying colours.

The man who bettered him also rubber-stamped his US Open CV: Koepka. Those who sniff at the Erin Hills win cannot do so about this one. His resilience in the final round, battling not just the course, but the mark made by Fleetwood long before he himself had hit the turn, was of the highest quality and he did it after missing four months of the season with a wrist injury that left him frustrated and downbeat.

Five years ago that small Gleneagles gallery wondered what the future held for those two young golfers. The answer was not swift ascension, but a far more interesting journey. One of self-discovery, friendship, injury and hard work.

About as much #MondayMotivation as anyone could ever need 🌅 (📸: @tinogreenkeeper) pic.twitter.com/On10LGUOl0