Golf365 preview: The U.S. Women’s Open with an English flavour 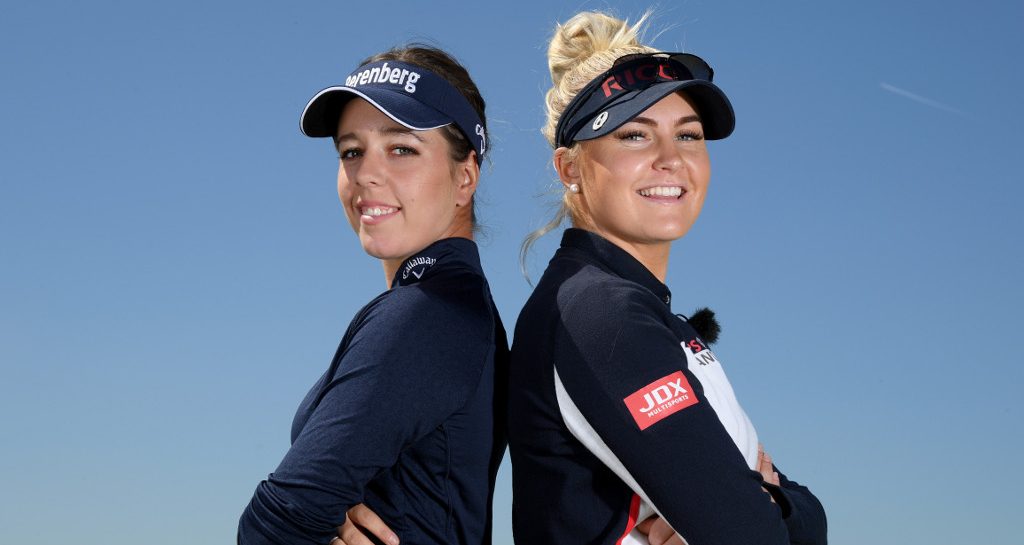 For English golfers there is something very familiar about this year’s U.S. Women’s Open.

First there is the location: Birmingham (admittedly Alabama rather than West Midlands).

Second is the weather (it’s not stopped raining).

And third the possibility that the tournament might stretch not just into next week, but next Tuesday.

Why does that resonate? Because when that happened 31 years ago, Laura Davies became the first-ever English winner of the tournament.

It was a remarkable fortnight for the then 23-year-old Davies, who tied Ayako Okamoto and Hall of Famer JoAnne Carner in regulation play that didn’t finish until Monday and then overcame her rivals in Tuesday’s 18-hole play-off with a 71 (her fifth under-par round of the week when no-one else managed four).

She then made a mad dash from Plainfield Country Club in New York to St Mellion Golf Club in Cornwall to defend the Women’s British Open, then not a major.

The rushed preparations didn’t do her too much harm as she finished second to Alison Nicholas who ten years later would win the U.S. Women’s Open herself. To this day she and Davies remain the only English winners of the title.

This week five of their compatriots will seek to emulate them. Leading that pack, based on past performance in the tournament itself, is Jodi Ewart Shadoff, originally from Yorkshire but now based in the States.

She’s a five-time top ten finisher in the major championships, with a best of solo second in last year’s Ricoh Women’s British Open, but, perhaps more pertinently this week, she was tied fourth on her U.S. Women’s Open debut in 2013 (contended throughout the week) and tied eighth two years ago.

England’s highest-ranked player is Charley Hull, 25th in the world and the winner of the 2016 LPGA Tour Championship. She’s made the top ten three times in the majors, but all of them in the ANA Inspiration and she’s looking to improve on a best of T21st in this week’s event, although her long carry might be a help in the wet conditions.

Second-ranked at 35 is Georgia Hall who closed the 2017 season out with tied third in the Ricoh Women’s British Open, a strong Solheim Cup debut and tied tenth in the Evian Championship. Like Hull she is looking to make a first top 20 in the U.S. Open and a potential strength is her sang froid in what seem set to be trying circumstances.

The five are completed by Mel Reid, recent star of the GolfSixes on the European Tour, and Sophie Walker, a debutant who earned her place via qualifying at The Buckinghamshire GC.

And what is Davies herself doing this week? The mere matter of taking on the men because she’s accepted an invitation to play the Staysure Tour’s Shipco Masters at Simon’s Golf Club in Denmark.

Simon says let Laura play and it could be one of the real highlights of the sporting week.

Dame Laura Davies will become the first woman to compete in a Staysure Tour event when she tees it up at the Shipco Masters promoted by Simon’s Golf Club from June 1-3 🏌️‍♀️https://t.co/Q5BZ9TAVC8

The other could be watching the likes of Cristie Kerr deal with mud balls. The simmering rage of the players ahead of the first round is something to behold, even from the other side of the Atlantic. The course was closed Tuesday, due to thunderstorms and heavy rain, and it remained that way early Wednesday.

The stubborn authorities seems determined to refuse the option of lift, clean and place which, combined with the real possibility of balls burying themselves in the turf, could provide classic U.S.G.A slapstick fare.

.@CristieKerr: "If they play it down, it's a joke. The course is saturated beyond comprehension. I know they run a lot of championships, but how many have they run after a tropical storm came through."

More from @CristieKerr: "What are they trying to prove? The course is unplayable. There's going to be mud on every ball. It's not fair. Tropical storms aren't part of the game…This doesn't protect the integrity of the game."