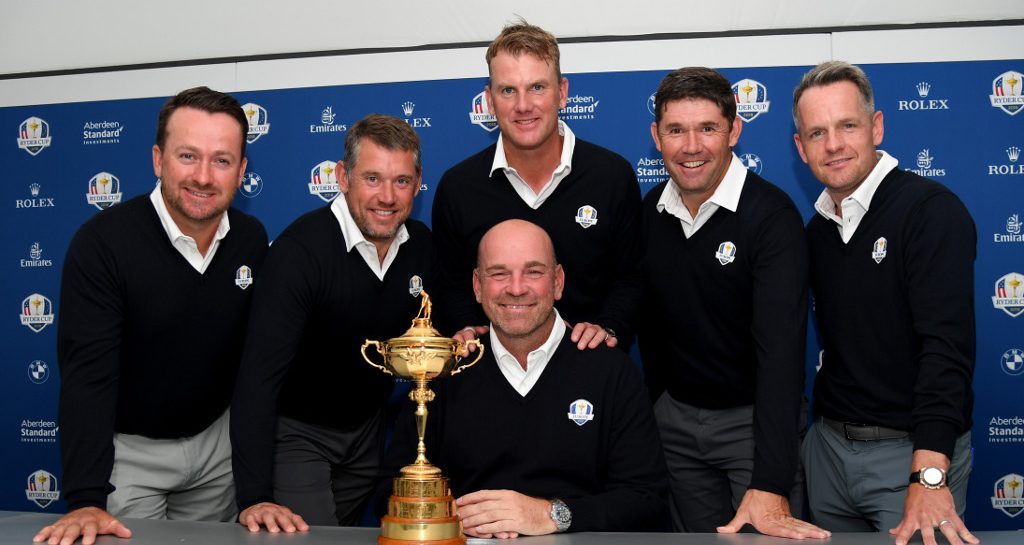 By this time next week we will know the identity of Thomas Bjorn’s four wildcard selections, thus completing his team for the Ryder Cup at Le Golf National and with the announcement will come the cry that is increasingly narrowing, rather than increasing, sporting debate.

It is a familiar cry in the Ryder Cup, one that will come again soon after the first foursomes combinations are revealed, will be repeated when they are completed and shall echo for every series of matches throughout the week.

Not that the howl is unique to the bi-annual event. In fact it is as common in the world of sport as ripped up betting slips, but social media has enabled a subtle, and damaging, shift in tone (a pity because, at least in theory, it has the potential to do the opposite).

The cry should be a simple question: Why? As in: “Why did he pick Golfer A instead of Golfer B?” Or: “Why did he partner Golfer X and Golfer Y in foursomes and not fourballs?”

Instead we get: “WHY?!?!?!?!?!” And this alternative is not an inquiry but a statement of derision and a demand to be heard, often followed by a comically wounded declaration of “What I would have done”.

Which is not to say that debate and argument should not take place. That’s clearly nonsense. Why do we love sport? One reason is that we like haggling over ideas, proposing alternatives and cosily imagining everything would have been different if we were captain or manager (funnily enough, nothing ever goes wrong within our alternate universe).

We’ve always thrived on this idle love of pretending we were in charge. What we’ve lost is the capacity to maintain a sense of perspective: to remember that all the conjecture really is only pretend therefore our opinion, however much we cling to it, doesn’t actually matter.

Consider this. When Bjorn makes his four picks what we really need to know is why he made them.

Of course, he’ll want to avoid hurting anyone’s feelings and inadvertently revealing valuable secrets, but you can be sure that he will have had access to all manner of evidence, from statistical studies to insider knowledge, all of which grants him far more insight that any of us are ever going to have. So if, next week, he doesn’t pick a player many would have pencilled in I’d like, first and foremost, to know why. What grain of information was more persuasive than conventional wisdom? What I don’t particularly want is lots of people with limited insight shouting what they’d have done instead (not, at least, without a degree of self-awareness).

And why does it matter that we take time to consider and think, rather than holler and scream? Because doing the latter is just noise and doesn’t get us anywhere. Announcing that “everyone knows that combination was never going to work” overlooks the fact that the captain thought it might. I’d like to know why and he’s not going to be in the mood to explain if everyone is going berserk.

To give a non-golfing example, shouting that a right-back has played poorly means little unless you’re aware of his instructions from the manager. For all we know he fulfilled his brief. Maybe the reason he never made an overlap is that the manager told him not to, demanding that he concentrate on his defensive duties. If, instead of screaming “WHY?!?!?!!?” someone quietly and without implication asked “Why?” we might get interesting answers from sportsmen and women. You never know, we might gain insight and find ourselves in a position to genuinely judge performance.

Far easier, however, to scream “WHY?!?!?!?!?”, an explosion of absolute confidence and fury that doesn’t really care for answers. It’s possibly a consequence of having become utterly besotted with ourselves. Whatever it is, the notion that we’re only ever guessing has become a reality we absolutely refuse to accept.

Of course, Bjorn himself is only guessing. The difference is that he’s doing it with more background data and his guessing will be judged by the final result. Terry from The Nag’s Head? Sally on Twitter? Geoff voxpopped on Sky News? Matt at Golf365? None of our guesses will ever be dropped into a sporting test tube. Untested and inevitably undefeated. Lucky us.

There is a further element to this business of the wildcards. Bjorn might pick someone and get flak for it, but once a captain is selected it’s surely up to him who he picks? He needs full confidence in his options. If he’s unsure about Player Z (for whatever reason) yet picks him because he’s the popular choice that’s not good leadership, it’s actually very, very, very, very bad captaincy.

So who would I pick? For what’s worth (nothing): Ian Poulter, Rafa Cabrera Bello, Sergio Garcia and Henrik Stenson (Thomas Pieters if Stenson is unfit).

But should Bjorn select Jan Molby, Hans Christian Andersen, Lars Ulrich and Soren Kierkegaard, as long as he can explain why, that’s fine by me. Held og lykke, Thomas.