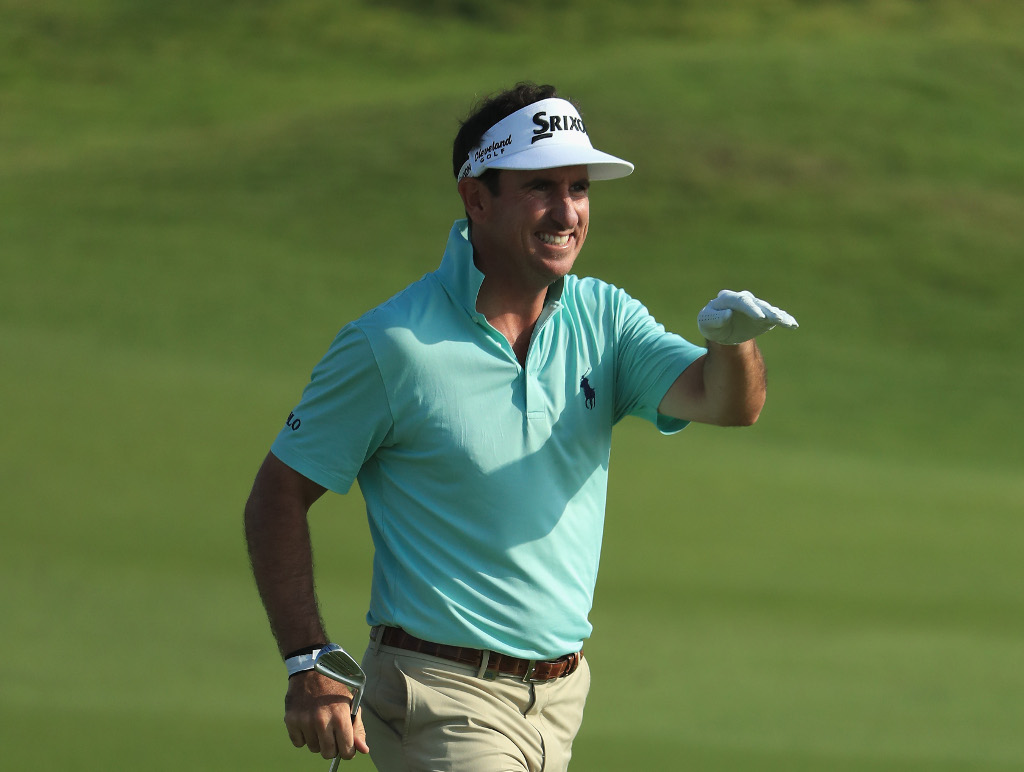 When the tee-times were published for February’s Commercial Bank Qatar Masters, there were just seven players in the field who boasted more than six European Tour wins.

Two more had played in a pair of Ryder Cups – Robert Karlsson and Paul Lawrie.

David Howell? Nope. He has five wins. Stephen Gallacher? Only three. Jamie Donaldson? Three. Chris Wood? Three again. That experienced quartet have all tasted Ryder Cup action but none have been prolific winners.

The missing man with those seven European Tour wins may surprise you – Spain’s Gonzalo Fernandez Castano.

His first came in the 2005 KLM Open and he added five more before landing the 2013 BMW Masters.

When play got under way in Qatar last Thursday he was quick to remind us of his class.

Finding his feet quickly, ‘Gonzo’ posted a first-round 68 to lie 15th after the first round and added another 4-under-par lap to sit 11th going into the weekend. He continued his leaderboard move by climbing to tied ninth with a 69 and then crafted his third 68 of the week to finish in a tie for fourth spot.

Still only 37 – Sergio’s age when he won last year’s US Masters – Fernandez-Castano still has plenty of great years ahead of him. But where has he been? Why have we seen him play just four European Tour events since 2014?We caught up with GFC after this top four finish in Qatar to find out.

Golf365: Hi Gonzalo. Firstly, congratulations on your top four finish in the Qatar Masters. It was a course where you’d finished tied seventh in 2009 and had top 20s on your previous two visits in 2013 and 2012. Despite the gap of five years, did those good past results give you confidence that you could return there and play well again?

GFC: Thanks a lot, it’s been great to be back in Doha. For some reason I’ve always enjoyed playing in Qatar. Doha GC is my favourite course of the ‘Middle East Swing’ and I always seem to play well here. It’s a course that definitely fits my eye and it’s usually pretty windy and plays firm and fast, which I love.

Golf365: I saw some stats that said you were ranked No. 1 on the All-Around at Doha GC. In other words, you seemed to be doing everything pretty well. Does that seem a fair analysis of your week or were there some areas you thought were better than others?

GFC: My game has been very consistent all week, especially off the tee which hasn’t been my strength over the last couple of years. Even though the rough wasn’t too high, with the firm and fast greens we had, it was important to be on the fairway in order to get it close with your approach shots. I guess all the hard work and changes I’ve been putting on my swing over the last few months are finally paying off. Every time you work on your swing during the pre-season you always ask yourself the same question: will this work in competition?

It’s the confirmation that we are on the right path which is very important for morale and self-confidence. If I could change something about this week it would be my chipping, which has cost me a couple of shots. As I said, I’ve been working too hard in getting my swing right and in the process I have probably let the guard down with my short game and around the greens which historically always has been the strongest part of my game. Good thing is I now have three weeks off to get that straight too.

Make the most of your moment. ⛳️

Golf365: A lot of viewers who saw you pop up in the TV coverage in Qatar might have thought, ‘Ah Gonzo, we’ve not see him in Europe for a long time’. Obviously that’s because you set out on an American adventure with your family in 2014. Tell us how about these last few years – both good and bad – since you moved to Florida.

GFC: It’s definitely been a while since I have last played on the European Tour as a full member. I have played tournaments here and there, especially the ones on Spanish soil. It feels great to be back, there’s no question about it. The European Tour is my home and I love coming back and playing alongside my friends on all these courses that I’ve played for years. When I decided to move to Miami in 2013 my plan was always to combine both PGA and European Tours but unfortunately due to my poor game in 2015 it was impossible for me to play both. Dropping out of the top 50 in the world and committing to play 13 events over here and 15 in the US was an impossible task. That was probably the worst part of all these years, having to resign my ET membership.

On the other hand I believe that all the struggles and setbacks on the golf course have made me a stronger player and even though my results aren’t quite showing it yet, I believe I am a better player now than I was when I was top 50 in the world. It might sound funny but I truly believe it. On the personal side it couldn’t have gone any better, especially with the new addition to the family, Mateo, who was born six months ago. Alice and the kids have adapted great and the fact of living abroad it kind of brings everybody closer together as a family. We love living in Miami and we don’t have any plans of going back to Spain anytime soon.

Golf365: You touched 27th in the world rankings after a top three finish at Bay Hill in 2013. The performance in Qatar jumped you back from 701st to 526th so what has turned things around for you after some difficult times?

GFC: To be honest with you I haven’t been paying much attention to my world ranking lately. I have to take care of my game first and once I get back to playing the way I know I still can play, my ranking will get better. As for my goals, I know I still have some more victories in me and I would love to win, especially overseas. A friend of mine once said that to be a great golfer you have to win at least once in the UK and also in the US. I have done the first, now I want to do the latter. World ranking is not a priority as for now. Of course I would like to get it better so I can get back to the big events – majors and WGCs – but I have some other goals set.

Golf365: What made you want to try your luck back in Europe again? Is your game more suited to it? And how many events do you plan to play on the European Tour this year?

GFC: The new regulation made it possible. Now we only have to play a minimum of five events a year. Being based in the US I still want to pursue a PGA Tour card through the Web.comTour. I know my game is good enough to play in the US and I want to prove it. As this year I was going to be playing full time on the Web.com Tour, its shorter schedule would give me the chance to play in Europe more often, so I decided to come over for Qualifying School. There is no question that my game seems to adapt better when playing in Europe where shotmaking, adapting to different courses and weather every week is more of a factor. I think I was also looking at getting some confidence back if I played here more often. 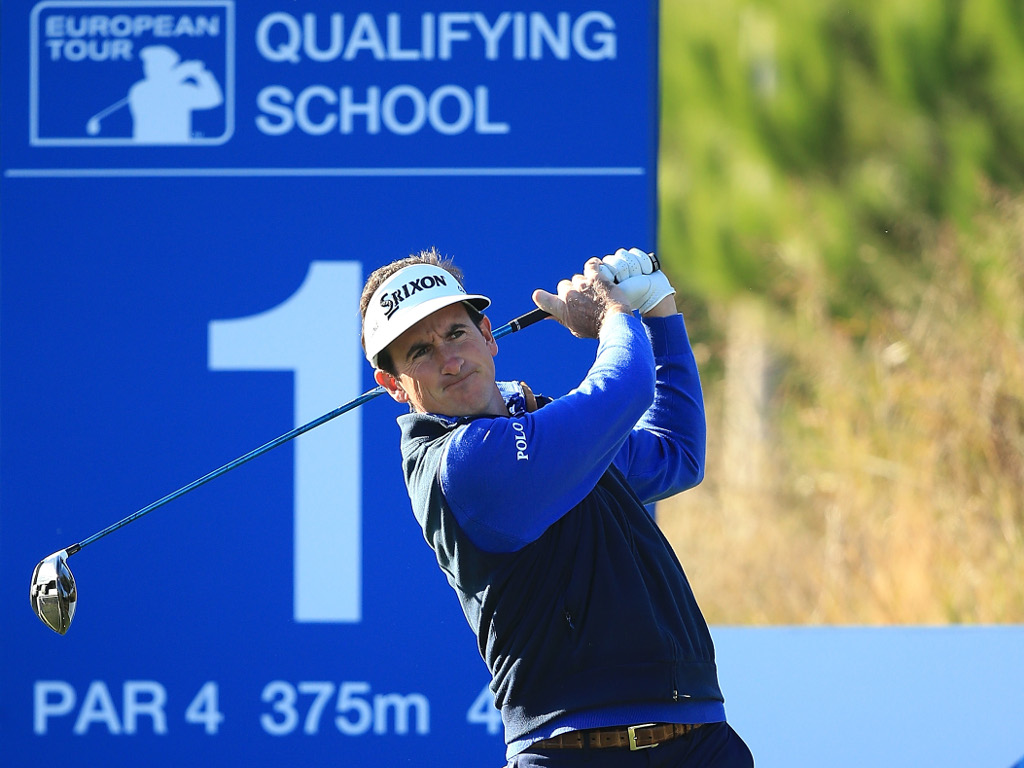 Golf365: When you came through Q-School, you had Alvaro Quiros on the bag! How did that happen?

GFC: The week of the Andalucia Valderrama Masters, we were having dinner one night and Alvaro mentioned that he was pretty much done for the season. I think he kind of panicked when he realised he was going to have to spend over two months at home and his only way out was if he was to caddie for me at Lumine. He asked me and, of course, I agreed. You had to be out of your mind not to want to have a player of the calibre and experience of Alvaro by your side on such an important and exhausting week. At the end it wasn’t so much about the game but having a friend and somebody who, as a fellow player, knew how you were thinking every step of the way, so he kept me distracted and we had a lot of fun. Hopefully he never has to do it, but I’ll be more than happy to pay him back and caddy for him if he ever needs me.

Golf365: Alvaro won on the European Tour again last year after a dip in form. Does that give you extra inspiration that you can do the same? You have seven wins each now so is it time for you to overtake him again?!

GFC: Of course it does! I remember I had to stop watching when he was struggling coming in on the last few holes on that Sunday in Italy (Rocco Forte Open). When I turned the TV on again he was holing the winning putt at the second playoff hole. I have never felt happier for a fellow player winning as I did that day, even though he matched me on ET tournament wins. The goal now is get to eight before he does!

Golf365: Where were you when Sergio won the Masters and how many majors can Jon Rahm win?

GFC: Actually I was home in Miami watching it with Alvaro, who was spending a few days at home between tournaments. We were both amazed at how good and long Sergio drove the ball in that last round. He’s always been the best driver of the ball in my mind and that day he proved me right. I was delighted for him as he was really due a major. I didn’t realise how much people wanted him to win until he holed that winning putt on the first extra hole. As for Rahm, the sky is his limit. He has everything needed to win majors, not only technically and physically but also and, more important, mentally.

Golf365: What are your goals for the rest of the season and the next few years?

GFC: I would love to get victory number eight in Europe (and get past Alvaro) and get my PGA Tour card back. It’s not much asking for a guy who is not even in the top 500 players in the world, is it? LOL!