Golf365 History: When Michael Campbell won the US Open 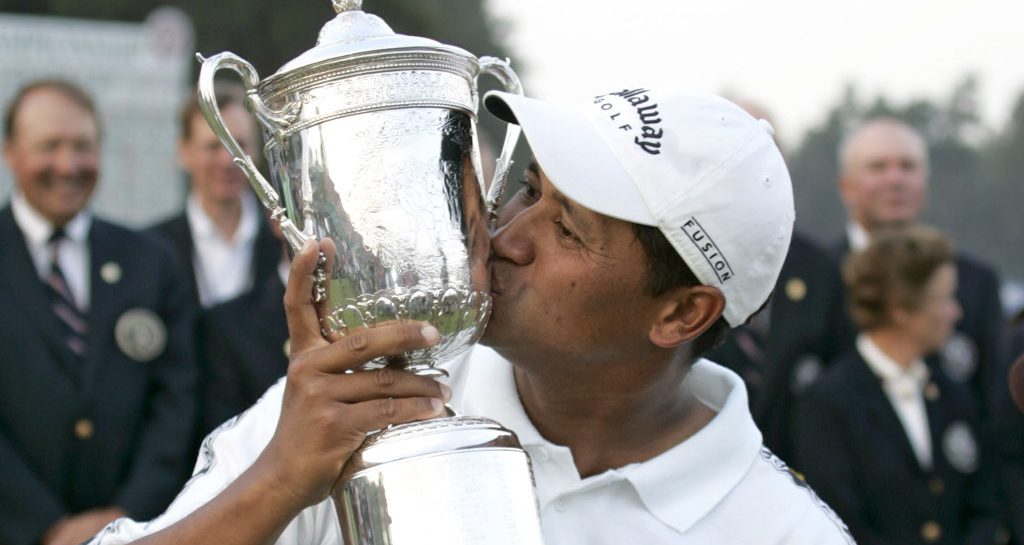 We always knew that Michael Campbell’s 2005 U.S. Open victory was one of the more unlikely triumphs in recent major championship history, but in the latest episode of The Round podcast Richard Kaufman has uncovered detail which further enhances the before, during and after of that Pinehurst-set drama.

What we knew was this. Campbell, a golfer of outrageous highs and lows in form, overhauled Retief Goosen and withstood a charging Tiger Woods to claim the title – something that had punters going mad for online sports betting in West Virginia.

He had qualified to play at Walton Heath a few weeks earlier, needing to be persuaded by his manager that the half hour journey from his home was worth the effort, and he became an instant hero back home, but with the exception of a few flurries of excitement his golf never came close to such highs after the end of 2006.

The Round often focuses on an unlikely lap of the course, one which impacted on a player’s career in ways we could not possibly have anticipated, but in Campbell’s case the obvious choice makes perfect sense.

We learn about his remarkable introduction to the game, hiding his golf from his friends, fearful that he might have been ostracised if they had learned of his interest in such an unlikely pursuit (there is a wonderful moment when his brilliance at the game is revealed to those same friends).

Campbell talks about his inability to deal with his first brush with major championship success, when sleeping on the 54-hole lead of the 1995 Open. His honesty about that experience goes further when he says, of his famously mercurial skills: “I was always winning tournaments or shooting 80.”

That week in June 2005 which has come to define him as a golfer was, he admits, close to never happening. “Me and Steve Webster were chatting about it and I more or less said, if you play, I’ll play.” Fortunately for Campbell, Webster did enter.

In the week of the championship he found himself struggling with the distinct nature of the sand in the bunkers and asked Vijay Singh for some advice; his lesson would later prove crucial.

The stars appeared to be aligning and Campbell was feeling it. Unlike ten years earlier there was less pressure going into the final round: Goosen was chasing back-to-back wins, Woods was in contention; Campbell could cruise round the final bend on their shoulders.

But he found himself utilizing strategies which, if not a direct result of the work of Jos Vanstiphout, the Belgian sports psychologist about whom Campbell speaks with great fondness, they were surely inspired by him.

He wrote the number 997 on his ball. The reason? To divert his attention. The number referred to a sports car he wanted to purchase should he win. Chasing that reward was easier than contemplating beating the field to claim a life-changing major.

On the back nine another coping mechanism came to him. Every time the cheers for Woods echoed around the course Campbell doffed his cap and accepted them for himself (his chuckle when describing this is delicious).

And there were direct influences from Vanstiphout too. “A round of golf only takes two and a half minutes – Jos always said that,” Campbell explains. “It’s what you think around those two or three minutes which creates the future. I went into that round thinking only of the opportunity, never the threat.”

Later Campbell discussed the tricky business of what happened next. He explains that he played the rest of the year on adrenalin, “but the U.S. Open was my Everest … mentally I expired a little bit afterwards.”

He is honest about how it affected his golf and also his family life. Given what he has experienced his admiration for multiple major winners has increased.

It’s another splendid listen and Golf365 readers can hear it before the official release next week. Click below.