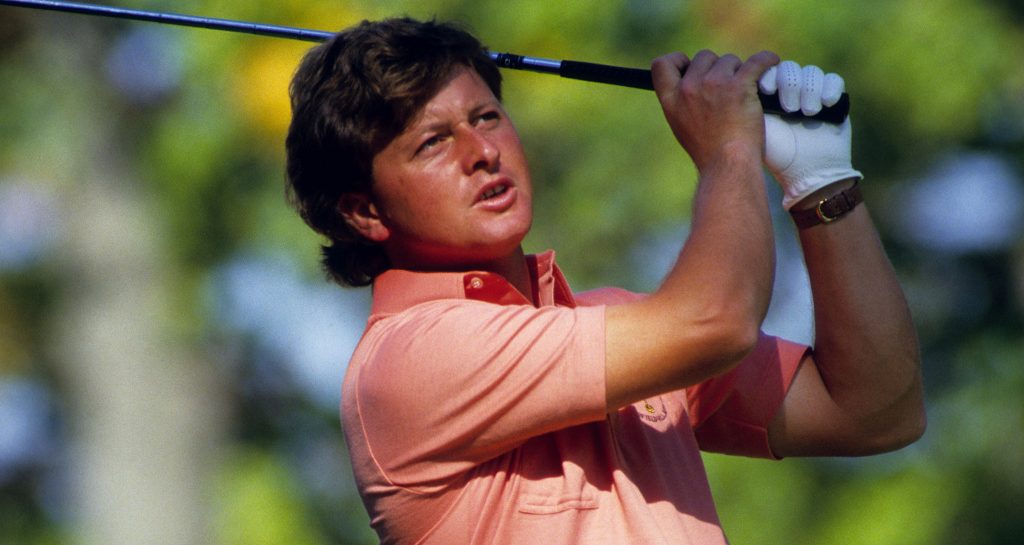 It is somewhat disappointing that the field in this week’s Kenya Open is the weakest of the season so far.

For the bulk of the membership the next few weeks are far from overwhelmed with dates and the introduction of this tournament to the schedule is sure, if past editions on the Challenge Tour are anything to go by, to be well supported by the local crowds.

How often do we bemoan the sight of European Tour events being played out in front of negligible galleries? Here’s a golden chance to see something different, but the prize fund isn’t big enough and golfers follow money more religiously than green books.

It wasn’t always this way however. Back in the 1970s and 80s the European Tour had no golf in the winter months. Instead there was the Safari Tour, a short circuit which included stops in countries such as Nigeria, Zaire, Zambia and Kenya.

For the likes of Ian Woosnam and Sandy Lyle, the experience was never forgotten.

“The cost was reasonable, the purses were decent, the vibe was good and, above all, the top three on the Order of Merit earned exemption from having to pre-qualify for any tournament during that year’s European Tour,” writes the 1991 Masters champion in his autobiography ‘Woosie’.

What did the players find on arrival? Woosnam’s first stop was Lagos, Nigeria and he wasted no time getting to the golf course:

“As we stood (in the bar), glasses in hand, we gazed out across a nine-hole golf course like nothing we had ever seen before. The fairways were burned brown by the sun, with sporadic blades of grass appearing in baked earth; and the ‘greens’ were small round areas of sand mixed with oil and packed down to make an even putting surface.

“Intrigued … I wandered outside to take a closer look at the 18th green. Every putt was obviously going to be dead straight, but it got even better than that: the actual hole was like a bucket, and this seemed to have the effect of making the sand around it sag down towards the hole. As we soon discovered, one putt per green was the norm …”

In his own autobiography (the painfully titled ‘To The Fairway Born’) Sandy Lyle writes of the culture shock:

“I entered the dark continent-” nice 19th century metaphor from the ghost-writer there “-through Lagos Airport, where I had first-hand experience of the corruption that was rife in Nigeria under the military rule of the day. We had to tip – no, make that bribe – someone to bring our golf clubs from the plane.”

Lyle was also tickled by the unusual putting surfaces. The oiled sand would get even lower around the hole towards the end of a day’s play, so:

“It was common to see the ball spinning round the hole like a little white sphere on a roulette wheel before dropping.”

Lyle also had an unforeseeable, and very 1970s, advantage over the rest of the field: “Curiously, the Lagos ‘browns’ were almost a replica in speed and line of our living room carpet.”

A feature of the Tour was the interaction between players and ex-pats.

Robert Lee, in a recent European Tour Race to Dubai podcast, paints a picture that brings World War Two evacuees to mind: “After getting your flights, fighting through the airport, getting a taxi, it would 8.30 at night, we’d all be stood there in a bunch, waiting to see who picked you. It was like, please pick me, please pick me.”

Lyle reports: “The hospitality to the visiting golfers bordered on the embarrassing, with every meal including fresh fruit and veg at a time when a humble cauliflower could fetch as much as a fiver on the black market.”

(Wonderful how, in sporting autobiographies, something like a cauliflower is never just a cauliflower, it is always a “humble” cauliflower.)

“As a way of saying thanks for our board and keep, the contingent of British players all packed an array of goodies for our hosts, which is why my suitcase was loaded down with tins of tomato soup, baked beans, HP sauce, bacon, Bovril, teabags, biscuits and – sheer luxury – soft loo roll.”

Food and drink was, of course, something players had to be wary of and experience counted. Lyle explains that the old lags would drink beer after a round, grinning as the first-timers filled their coke with ice and then ran for the loo wishing they hadn’t gifted their hosts the soft loo roll.

The players also met local politicians and Lyle’s highlight in Zambia was:

“The annual Golfing Lions vs. Staff match at the Presidential Palace. President Dr Kenneth Kaunda had built a nine-hole course in the magnificent grounds (and) being President had laid down a number of local rules – for example, if you hit a peacock you lost the hole – basically designed so that the touring pros were never allowed to win.”

Lyle also notes that Kaunda, a member of the R and A, was a big fan of pipe-smoking Ryder Cup star Brian Barnes. In ‘Missing the Cut’ fellow tour veteran David Thorp added: “Apparently the President called Brian ‘Son’ and Brian called the President ‘Dad’.”

Gordon Brand Jr (also in the Race to Dubai podcast, link below) remembers: “I stayed at the British Consulate once. It was fortified with a machine gun turret at the front of the house. Then I didn’t go incognito to the course. Instead I got in a Rolls Royce with a British flag flying on it. It was quite frightening but you saw life. It was on the edge. You grew up.”

The Safari Tour eventually fizzled away but left a legacy in the career of many, including Woosnam.

“Prior to the 1982 Safari Tour I was seriously considering my future,” he wrote, “but by the time I returned home, with my exempt status, I was buzzing.”

Confidence restored he won a maiden European Tour title in 1982 (the Ebel Swiss Open), finished eighth on the Order of Merit, debuted in the following year’s Ryder Cup and never looked back, becoming the world number one, a major champion and a successful Ryder Cup captain.

For more listen from Lee and Brand Jr listen here from 38 minutes 50 seconds:

Made my @EuropeanTour podcast debut this week. Highlight was probably prompting some extraordinary Safari Tour memories from Robert Lee and Gordon Brand Jr.https://t.co/LfPHNhos2Q