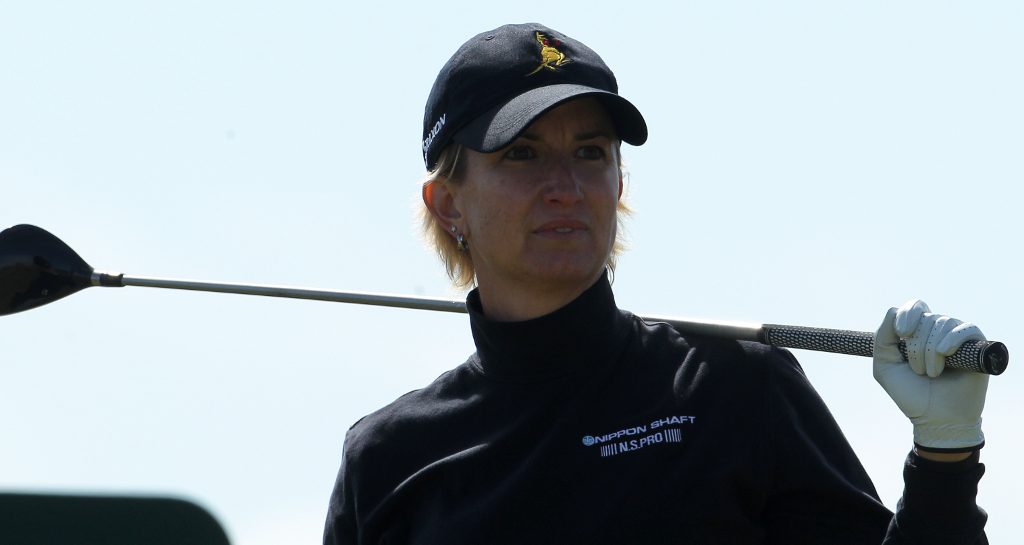 Golfers spend their lives grinding on the range, honing their swing, sharpening their short game, tapering their putting stroke and forging their mental strength.

And the funny thing? The tipping point often has nothing to do with any of it.

That’s not to say those elements are not necessary to achieve success. Clearly, quite obviously, they are absolutely essential.

But time and again we learn that golfers are triggered by remarkable little moments that spark something special and the latest episode of The Round podcast reveals the full story of another.

“I was sat in the locker room reading a local newspaper ahead of the final round,” says Karrie Webb, of the 2006 Kraft Nabisco Championship. “The article said Annika Sorenstam was ten back and had a realistic shot at the win. I was seven back, so I thought, ‘Well, if she’s got a chance, I’ve got a chance.’”

Webb was coming off the first winless season of her career as an LPGA player heading into the first major of the season in California. The drought was nagging at her, but she headed out for that final round, her feisty competitiveness primed, and posted sufficient birdies to find herself in contention as she approached the par-5 final hole. 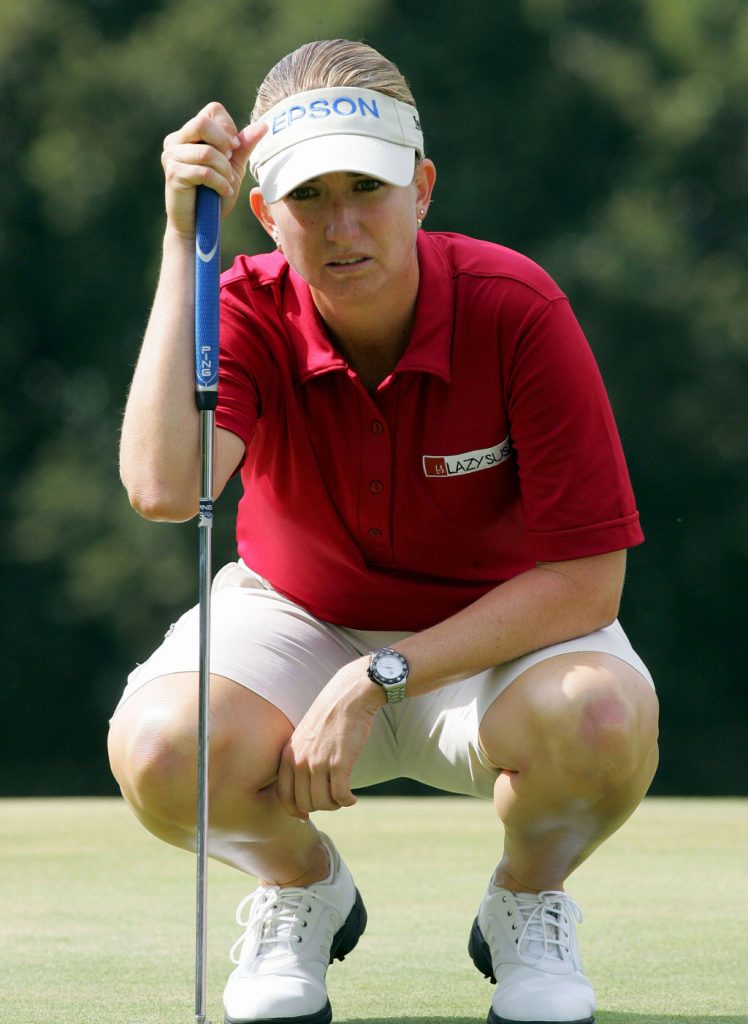 “For the first time ever we played 18 from the front tee in that round so it was reachable,” she explains. “I missed the fairway so couldn’t go for the green, but I’m thinking if I make a birdie I might make a play-off.

The 72nd hole of a major championship: It’s now or never. No comeback. No second chances.

“I’ve watched the replay a few times,” she laughs. “It lands, one bounce, spins, straight in the hole. At that stage I thought I’d won the golf tournament. I thought I’d holed it to win. I can still feel the emotions. I ran and jumped into my caddie’s arms.”

“Yeah, part of the reason I chose this round is that the reaction to that shot was a very un-Karrie Webb moment.”

She admits that she had never been as high on adrenalin as in that moment. She hurtled towards the green, high-fiving her friends in the gallery, soaking up the applause rattling around the grandstands.

And then Lorena Ochoa tied her at the top.

“I was still buzzing about how I’d finished and I think Lorena could see that on the tee. She was also much longer than me (which mattered). I hit a really good drive, but nowhere near her. If I was going to go for the green in two I needed 3-wood.”

Unfortunately, in practice, she’d established that hitting the island green with a fairway wood was no easy task. Landing on the putting surface was one thing, holding it quite another

“I said to (my caddie) Mikey, ‘Is there any rough over the back of the green?’ Mikey said, ‘Hit 3-wood left centre of the green and the rough will stop it.’ I trusted that. I slotted it, it went over, it found that rough.

“Lorena also went for it and missed the green but she was putting. I then hit one of the best chips of my career. Great shot to six feet. Lorena hit a poor putt, eight feet past, missed.” 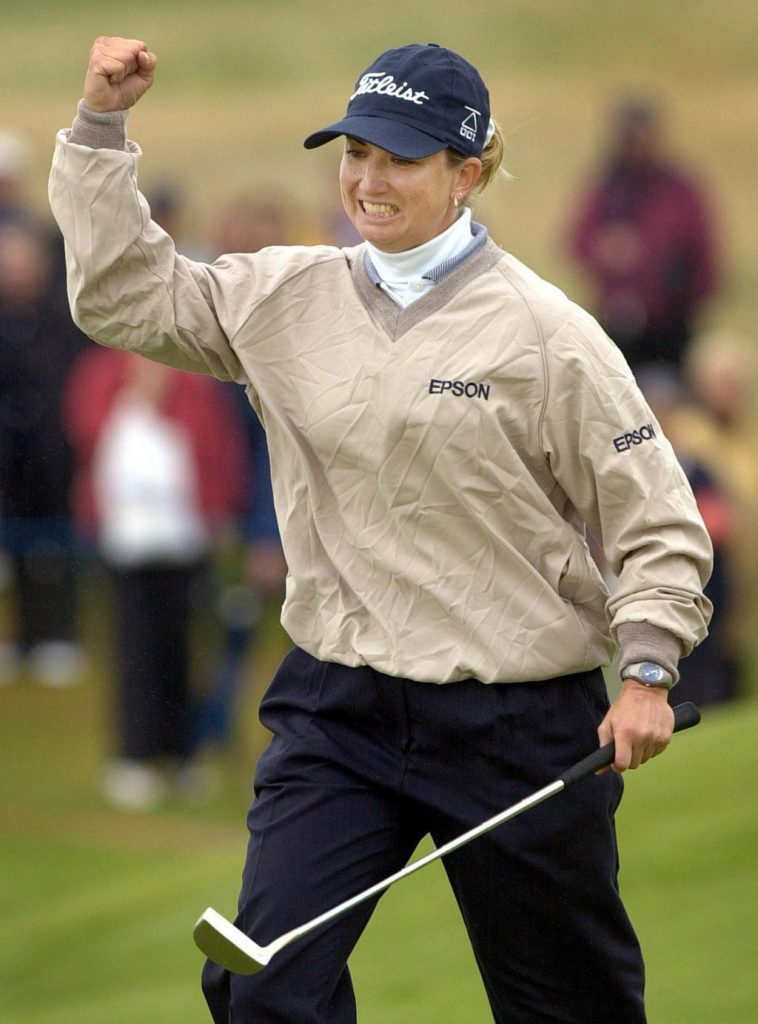 “Often, on that green, you’re faced with a left-to-right putt. So that off-season, in January, I had often practised a six-foot left-to-right putt, saying to myself, ‘This is to win the Kraft Nabisco.’ It didn’t occur to me until afterwards, but I did it. I’d put that visual in my head.”

The putt dropped. The drought was over. Major number seven was in the bag.

Yet, as Webb goes on to explain, being at the top of the sporting world is far from straightforward. You scratch one itch and another replaces it.

“When I was arguably the best player in the world,” she says, “if you’d asked me if I appreciated the wins, I’d have said I did, but I was talking to a young Australian player about this recently. I’d win on a Sunday and next day, it was all in the past, it was all about how do we win this week?

“I don’t regret that, but as the years went on I didn’t like the person I thought I had to be to play well. It was tiring to be so hard on myself and everyone around me.

“I got to the point where, if I had to be that person, I didn’t want that. I had to find a way to compete without being that person and I don’t berate myself like I used to.

“I didn’t even know I held that record. And if someone said to me at the time I’d have been pissed off I didn’t win more, not how many top tens I had.”

It’s another really good listen from commentator Richard Kaufman and to hear it yourself ahead of next week’s official launch, click below. There’s more from Webb on the inspiration of her quadriplegic coach, her tusssle with Annika Sorenstam and her mentoring of the next generation of Aussie golfers.