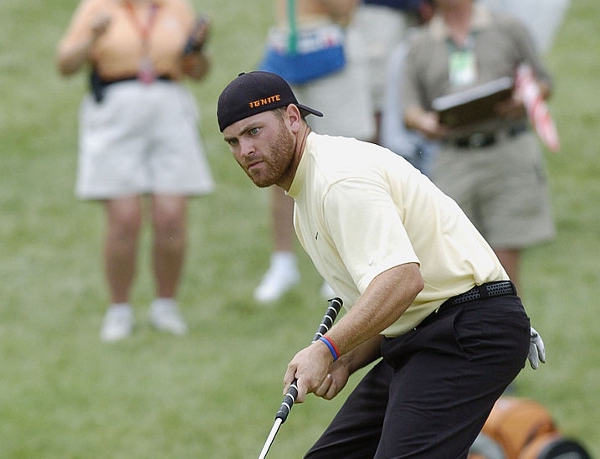 The latest edition of The Round podcast breaks more golfing ground.

This one is not so much one round, or even two, but a golfing life – and an extraordinary one at that.

The guest is John E Morgan, best-known these days to golf fans as a broadcaster, but who also enjoyed a fantastic, if brief, career at the top of the game.

What emerges over 75 minutes of golfing chat is the West Countryman’s engaging love of life. A man who has refused to allow his epilepsy, the disregard of teachers and the intransigent nature of the amateur game to stop him smiling.

Morgan’s story begin in 2002, when he defeated his peers within the England amateur squad, but was told immediately afterwards that he would never play for his country again owing to his relatively benign high jinks the night before.

His coach, George Ryall (now on the Staysure Tour), shrugged away the snub, insisting his charge was ready to turn pro and all that happened before that Christmas proved he is a shrewd judge.

Morgan won his EuroPro Tour card early in the year, success there earned him Challenge Tour starts and then on the Tuesday of Tour Championship week he got word that his late entry was confirmed – the venue was Bowood GC, just 30 miles up the road and what happened next would change his season and golfing life.

“When they say round of you life, this was the one,” Morgan laughs. “It was surreal. Come the final hole I had this putt, 40-footer, down a slope, over a tier, right to left and it had to go in for a play-off. But I could see it going in!

“You know when you have to do something, when there’s no other option, how clear things can become. It was that scenario. It’s got to go in. Even before it hit the tier I knew I had it. I started running six feet out. I knew I was having it.

“The thing was, if you won this event, the purse was so, big you earned a European Tour card. It was massive.” 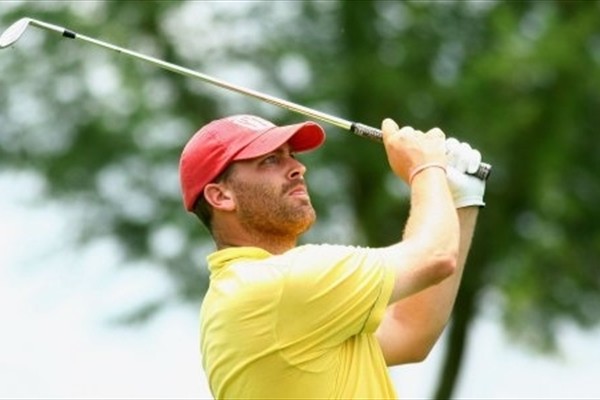 But the success didn’t end there. He had formed an alliance with the Hearn family through the EuroPro Tour and Barry Hearn suggested that he give PGA Tour Q School a try.

“I had a seizure first stage, playing with Ken Duke,” says Morgan. “I never even knew till half a year ago. My caddie said he talked me through it, that my brain had gone and I played on muscle memory.”

Ah, the epilepsy. Earlier in the podcast Morgan talks of his first fit, which occurred in utterly extraordinary fashion which demands to be heard rather than read about – be assured that it will be worth your while.

Dealing with his condition became something Morgan simply had to do; he refused to let it diminish his passion for the game.

He made it through to final stage, lost his game, rediscovered it in bizarre circumstances (another fine anecdote not to be missed) and completed his task: from no status in January to European and PGA Tour cards in December, via the third and second tier.

Eighteen months later, having enjoyed his American experience to the full and completed a fine rookie season, he was followed for the final nine holes of the final round of the John Deere Classic by his long-term sponsor – they bid farewell at the turn and Morgan then caught fire.

Five behind with nine to play he proceeded to force a play-off in sensational style.

“Twenty footer, slightly uphill, a hard read, but it came to me straight away. I wanted to do it for the crowd. There was a lady there going potty.

“Halfway to the hole I knew it was going in, I was fistpumping like crazy. A brilliant moment. Amazing. I made a lot of good friends that week.”

Alas, he was defeated by Mark Hensby in extra holes and soon the dream was being unduly affected by his health. He lost his PGA Tour card, played the Challenge Tour periodically and had one full crack at the European Tour – now he walks the fairways with a microphone in his hand.

To listen to the entire episode one week ahead of official release, click below –