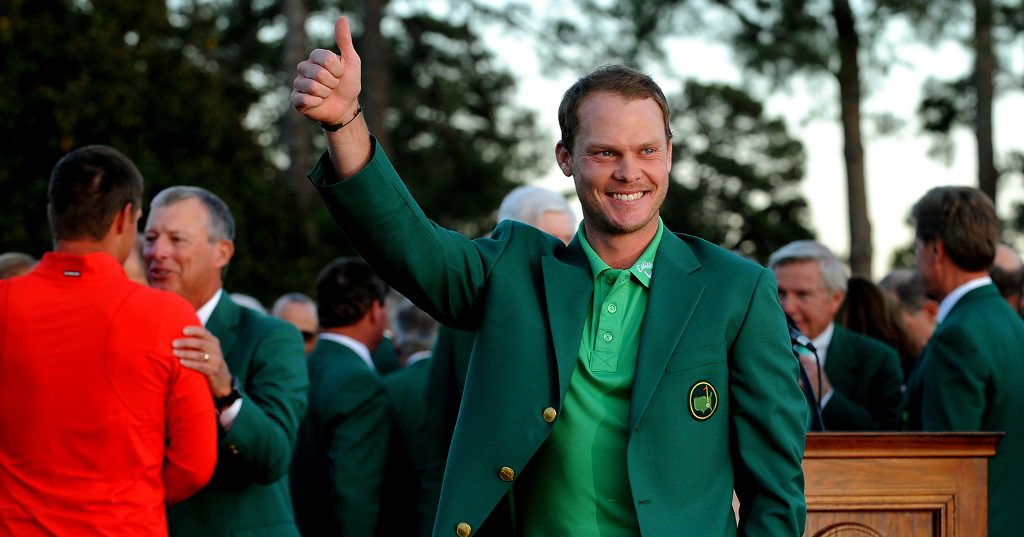 It’s the biggest moment of your golfing life.

You’ve been a contender, albeit at times a somewhat distant one, throughout the final round of the Masters and, as you leave the 15th green, you’re suddenly aware that you lead the tournament.

Somewhere in the Augusta National clubhouse there is a committee man wondering how long your arms are.

The eyes of millions are watching on television.

Tens of thousands are clinging to the hills around the next hole.

What do you do next?

“I nipped off for a quick pee,” says Danny Willett.

It’s the latest edition of The Round podcast and it’s the perfect mood setter for next week’s excitement. 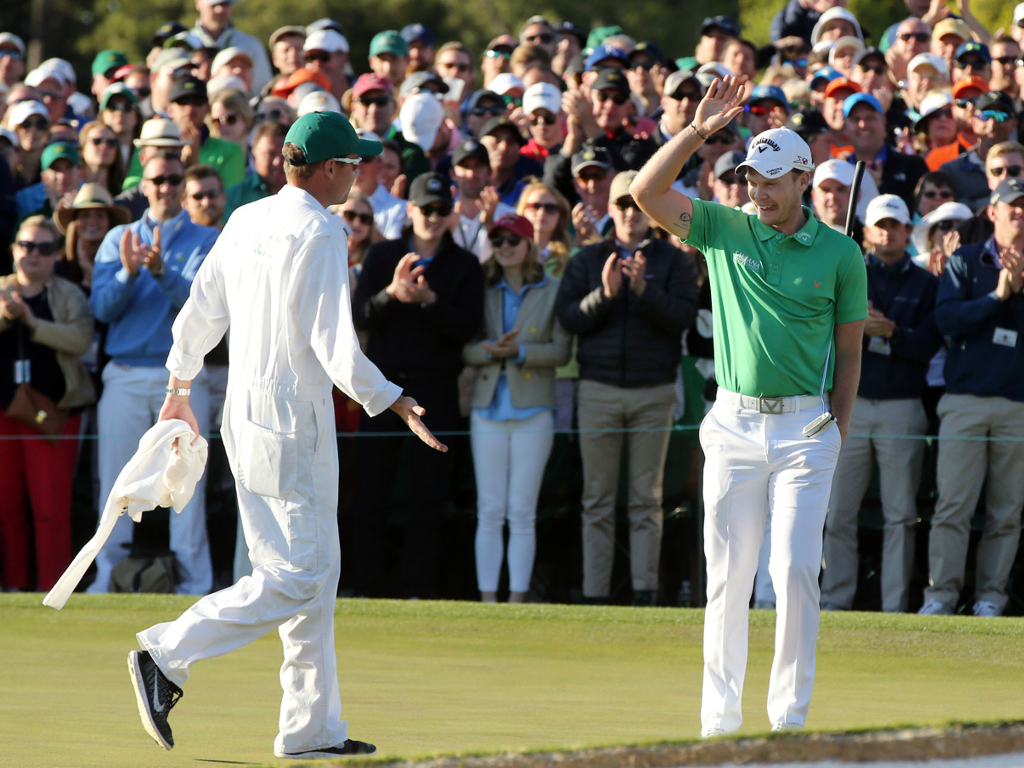 The concept of the show is that a golfer selects one round which defines his or her career and naturally Willett goes into some detail about that Sunday in Georgia, but you could almost argue that the true essence of this particular chapter is reduced to one hole because who did not watch the 2016 Masters and not feel that the 16th was where Willett won it?

“What impressed me so much,” Jack Nicklaus wrote of that moment next day, “is that when Danny realized he was in a position to win, he finished it — and that’s the mark of a champion.”

Danny, champion of the world – so how did it happen?

Willett reveals that it was preceded by disappointment.

“I’ve not hit a good tee shot at the 15th, had to chip and run it through the trees, tricky wedge shot and missed from 12 feet for birdie. But as Jonny (Smart, his then caddie) put the flag back in we’ve heard the noise and a bit of confusion.”

Behind him Jordan Spieth, who had led by five making the turn, had needed seven blows at the par-3 12th. Suddenly Willett led by one from playing partner Lee Westwood.

“It was a crazy, crazy 15 minute period,” says Willett who adds that his toilet break proved useful, but was not an intentional ploy.

“Oh no, I needed to go,” he says. “In hindsight, I took myself way. It was serenely quiet and the first time I’d properly had a word with myself.

“I’m in a situation, one you’ve practiced all your life for, it’s like when it’s getting dark and your mum and dad are calling you from the car, and it’s: ‘This is for the Masters.’ I said to myself: ‘Make some good swings.’

“Luckily I’m quite close to Westy and Billy (Foster, Westwood’s then caddie). It felt like a fourball. It was good to be with people I knew, it was quite calming. I was shaking though. Me and Jonny were looking at the yardage book and our fingers were shaking.

“You can’t control it. You can’t switch it off. You have to think that the nerves there for a reason, it’s a great situation, but so many emotions. That’s where most people become undone, thinking: ‘How am I supposed to hit a shot here?’ But everyone else is the same.” 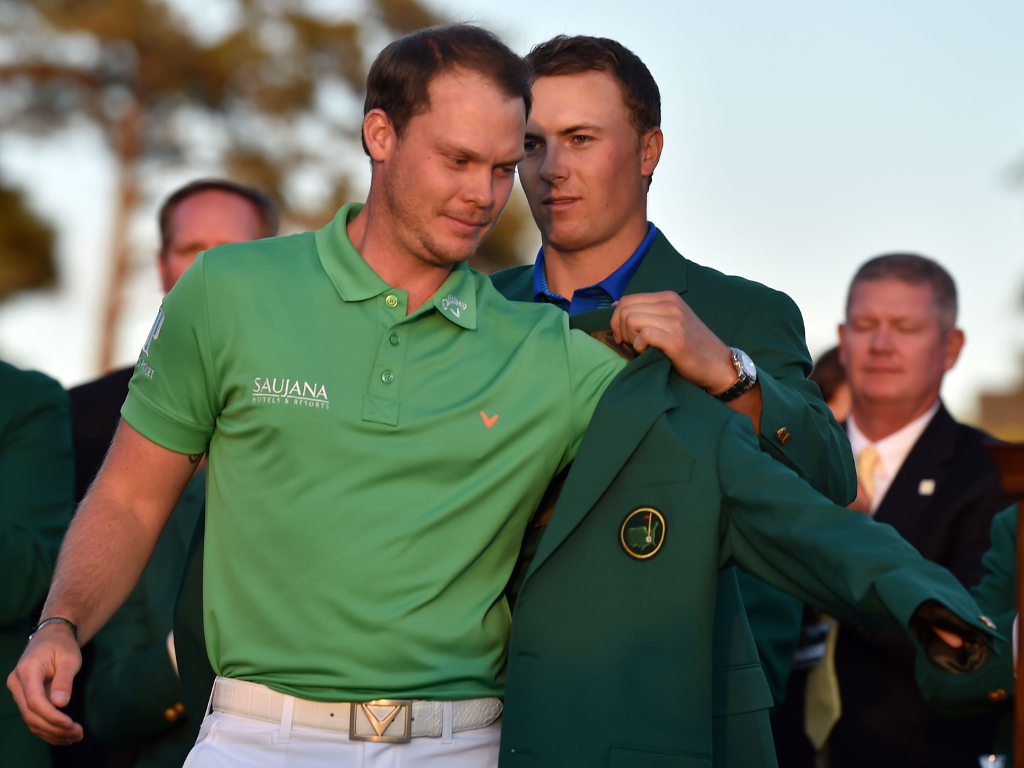 Nicklaus was that Willett’s tee shot delivered under all that pressure, coming to rest just seven feet from the flag. At the time, Westwood’s response, at least five times that distance, was viewed as indicative of two very different states of mind.

He scrambled for par at 17 (“the chip was pretty naughty”) and completed a safe four 18, but there was no let up in pressure.

“You can’t celebrate. Jordan had four or five holes left. I watched him play the last three. I remember watching the birdie putt at 16, it was close and I thought if this goes in … All that time I was thinking, this is mental.”

The brilliance of Richard Kaufman’s format is that “the round” is the perfect starting point to then expand upon a career and as much as Willett is known for that stunning success three years ago, it is equally understood that he suffered a decline in form and fitness thereafter.

“We practice for golf,” Willett says of that period. “Not for what happens next. The level of what majors do to your career (is massive). The next four weeks went by in what seemed like a few minutes.

“Maybe I did too much, a lot of outside noise, and I struggled to partition it off. If I get in that situation again, and it will happen, I’ll listen to my body better, I’ll schedule better.”

Towards the end of that year he made his Ryder Cup debut and it turned into something of a nightmare, prompted by a column penned by his brother which provoked American anger. Willett acknowledges it didn’t help matters, but adds that it was far from the only distraction.

“The game had started on a downward spiral,” he says. “I was (physically) tired from doing too much that summer. I was mentally tired and it’s an incredibly mentally tiring week.

“I wanted to do a lot of prep, but there are so many commitments, and then everything got blown out of proportion.

“Most of all, I performed badly and that was the most disappointing thing.”

Let’s end with the Masters. There is a fascinating reveal early in the podcast, when he says of that life-changing day: “I could tell you more about it now than I could (when I got home and watched it on TV the week after). I can remember the smells, where the wind was, even aiming at a lady in bright yellow or whatever.”

To get yourself in the mood for Masters week, Golf365 readers have early access to the podcast. Click below.