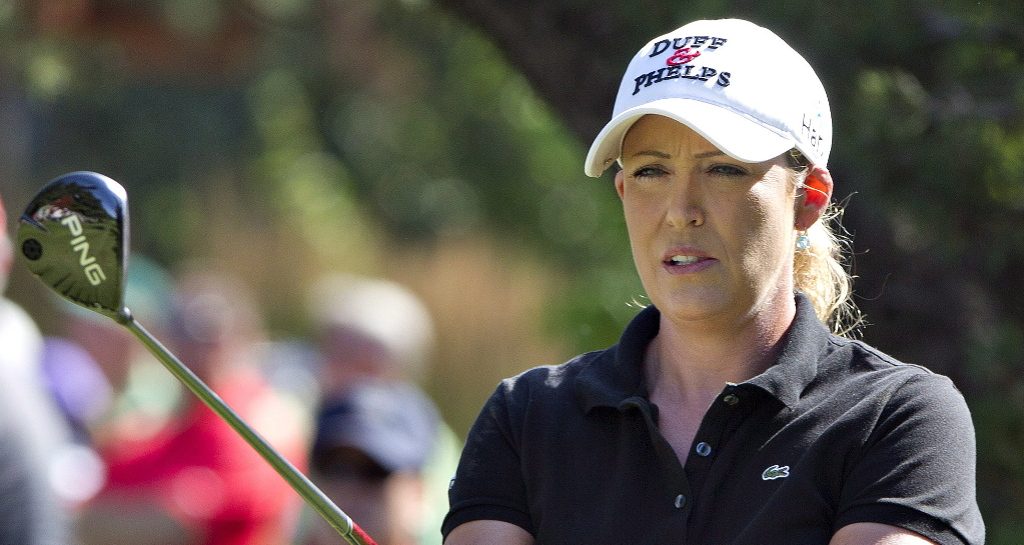 In the latest episode of The Round podcast, Richard Kaufman talks to the feisty LPGA star Cristie Kerr about her journey to the top of the game.

“All of the stairs I’ve climbed have made me who I am.”

So says Cristie Kerr, two-time major championship winner, in the latest episode of The Round podcast.

The 41-year-old from Florida, who this week plays the LPGA’s Pure Silk Championship, an event she has won three times in the past, has forged herself a highly successful career, claiming 28 worldwide wins, topping the world rankings and making no less than nine Solheim Cup appearances, but she reveals it has been far from a silky smooth path to the top of the game.

Yes, this is another episode which begins with a round (the fourth round of the 2007 US Open, her first major victory), however the real story is the journey which got her to those 18 holes rather than that particular walk around the course itself. 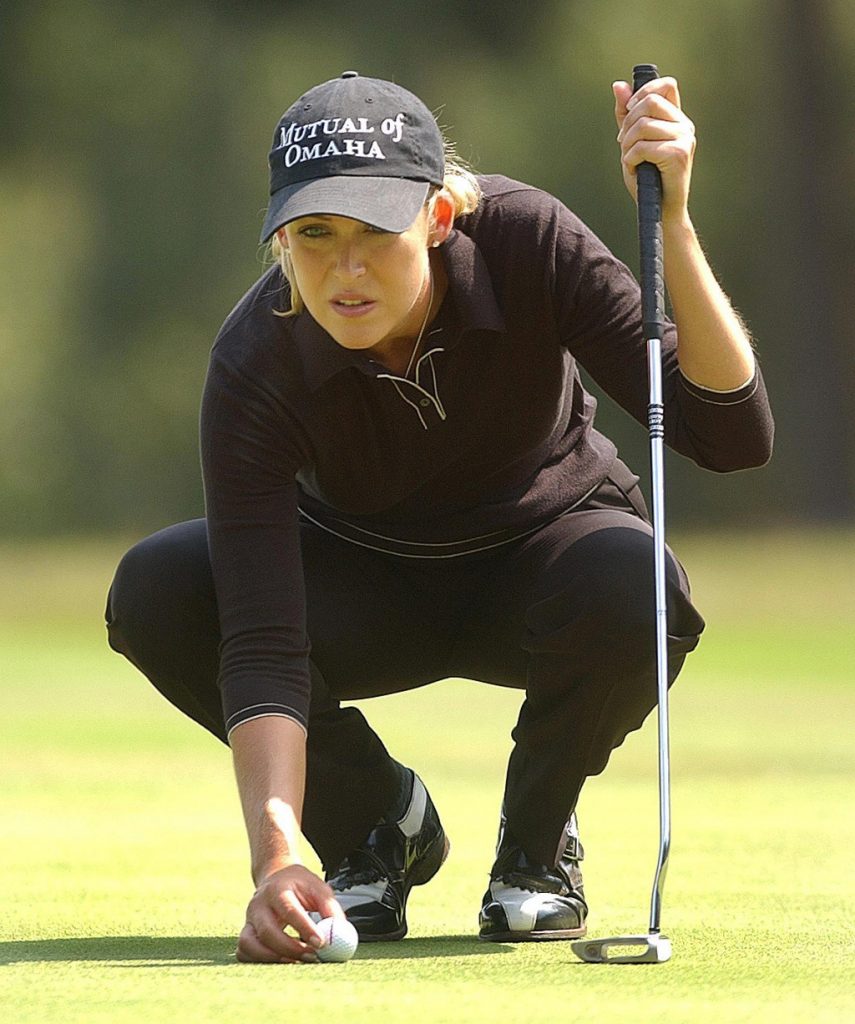 Florida born and bred, Kerr excelled at the game from an early age and found herself playing in a boys high school team.

“People are afraid of what they don’t understand,” she tells presenter Richard Kaufman, of the difficulties she faced. “Who’s this girl playing against the guys? My high school had no girls team so you play with the boys, all the way from the back tees, and if they don’t want you back there, you sink or swim. You survive or you quit. I was able to survive.”

What drove her in this period (and indeed later)?

“My mother’s family is from Sicily,” she suggests, “and my father was a baseball player. If someone said I couldn’t do anything I thrived.”

Her amateur career was stellar and she turned pro having won 22 of her final 25 starts in the unpaid ranks, but she was in for a shock.

“Expectations are a funny thing,” she admits. “I came out expecting to be a world beater and underestimated the level of talent on (the LPGA). I also had a lot of family drama, I gained a lot of weight, and if it wasn’t for my Long Island family, I’d have had to quit tour. Those first four or five years were tough.”

Equally difficult was taking the step which precipitated the up-turn in fortunes: going in a different direction to her father who, until then, had accompanied her on the circuit.

“He believed in me, but he let other people know that too much and maybe I inherited too much of that,” she acknowledges. “I got a lot of negative press. I needed to grow up and I did it on tour, under a microscope. I had to go out on my own, to forge the person I wanted to be.

“I also needed to be fit to win tournaments. I took my health into my own hands. I didn’t eat a French fry for seven years.” 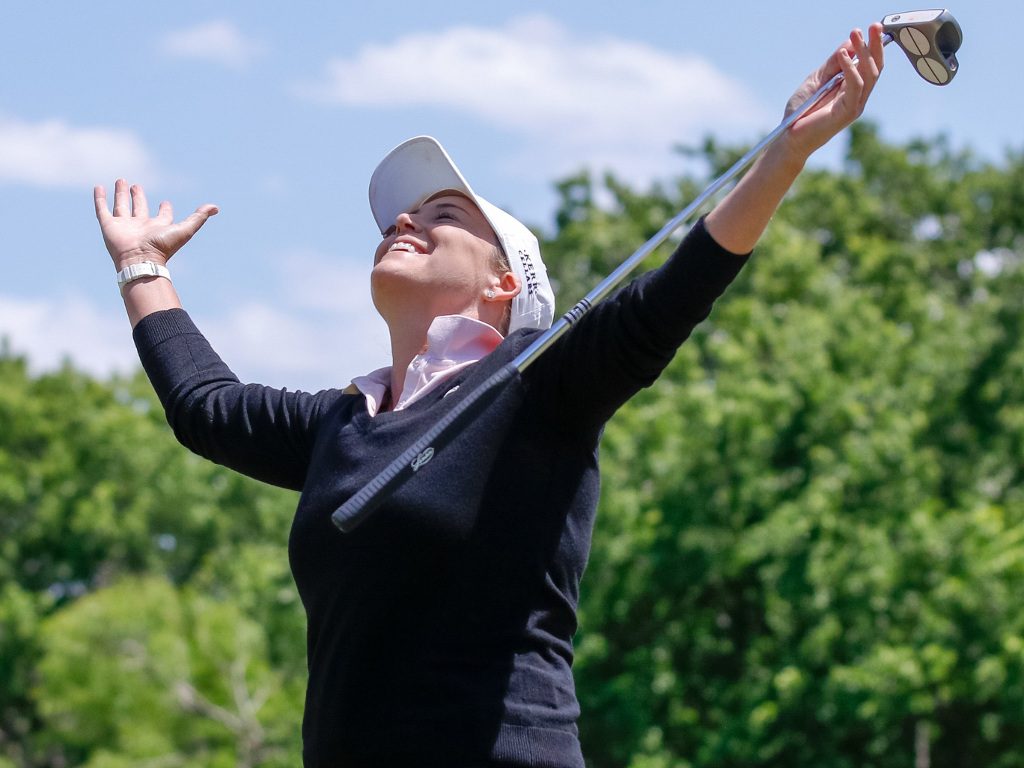 Kerr alludes to bullying from an early age, of remarks made about her weight and glasses. She insists that bullying is something that happens in childhood and yet it has clearly impacted on her career. “I’m the one who’s laughing now,” she says.

There is also a fine insight into one of the Solheim Cups most infamous moments.

In the 2015 edition of the contest, Suzann Pettersen prompted a remarkable recovery from a previously vanquished American team when controversially claiming the 17th hole of a delayed fourball match.

One of America’s fiercest competitors in the match, Kerr provides a fascinatingly nuanced response to that incident and what followed.

“It lit a fire under our ass,” she says. “But I felt bad for Suzann. (I had) sympathy. I was mad. Mad for our team, but (also) bad because you knew the storm that was coming and that it would follow her round forever. I still wanted to beat her team. It was an interesting morning.”