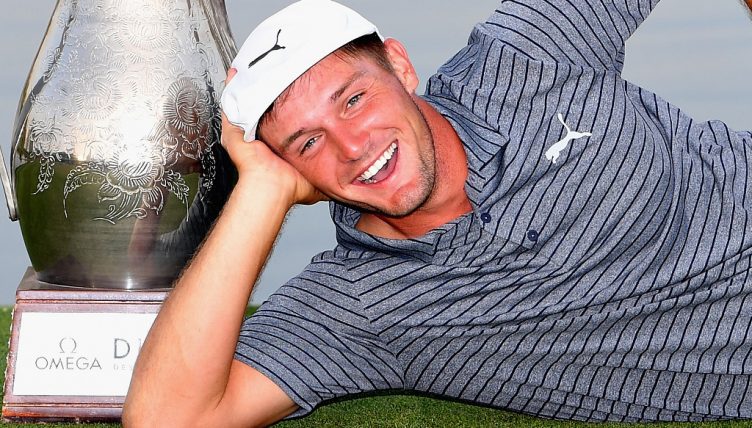 When Sergio Garcia followed Danny Willett in completing the Dubai Desert Classic-Masters double in 2017 there was plenty of chat about keeping an eye on who lifted the trophy at Emirates GC in 2018.

Most of this was light-hearted because at face value there doesn’t appear to be a lot to link performance on a resort course in the Middle East with the Alister MacKenzie/Bobby Jones parkland classic in Georgia.

When last year’s winner at the Emirates, Li Hao Tong, finished T32nd in the Masters the notion was swiftly forgotten, but were we swift to throw notions of a mysterious Majlis-Masters Connection aside?

Might the Chinese player have added to this theory rather than cast doubt upon it? Let’s have a closer look …

(Year – winner – his finish at the Masters two months later)

At first glance, what’s the big deal? But get this: he was T4th after a round one 69 (alongside fellow Majlis winners Rafa Cabrera Bello and Henrik Stenson) and it was his course debut. 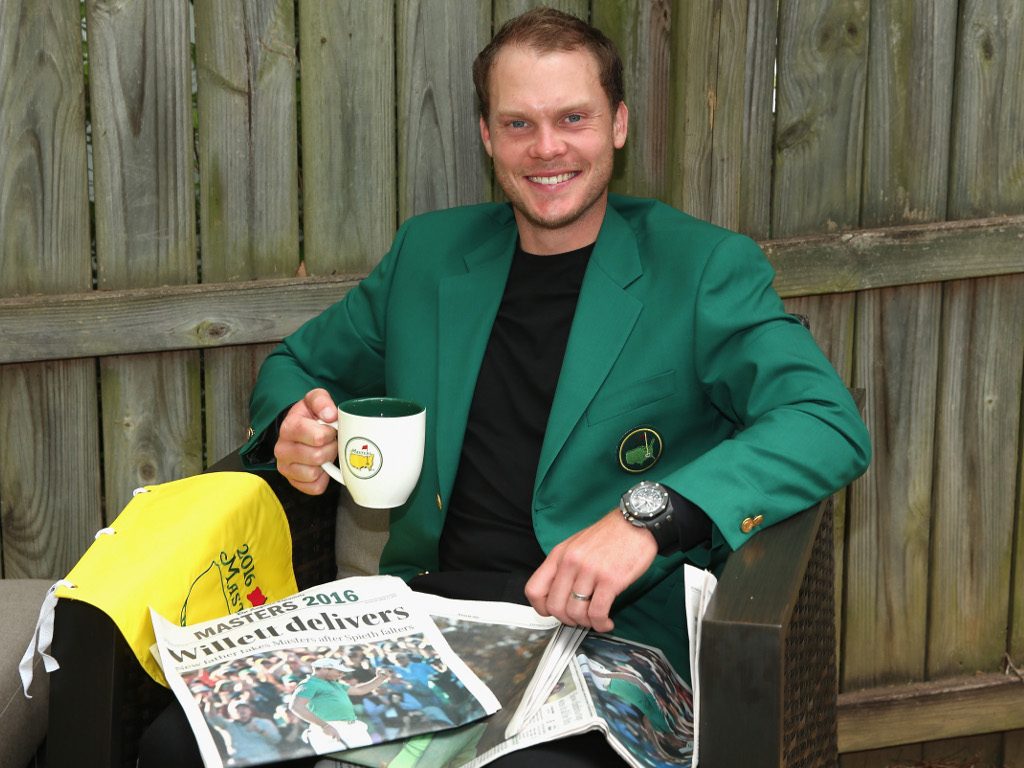 Again, at first glance, prompts nothing more than a bit of a shrug. But this win, his second at the Emirates, came shortly before he recorded his career best finish at Augusta National.

Much like Li, a debut in the mid-30s. Even more like Li, he was T12th after 18 holes and three swings off the lead, just one shot out the places.

Guess what? He opened with a 65 to hold a tie of the first round lead with Rory McIlroy.

Is there anything in this? If you’d back these winners each way in both the outright and first round leader markets you’d have been one shot away from getting a return every year (and over the eight years you’d have trousered a hefty profit).

Is it a prime case of being fooled by randomness?

One straightforward counter-argument would be that we’re looking at golfers who have tasted a win so are in form and high in confidence – isn’t it kind of obvious they’d thrive again sooner rather than later?

The answer to that is surely yes.

But does this particular win also contain further reasons why that success should come at Augusta? 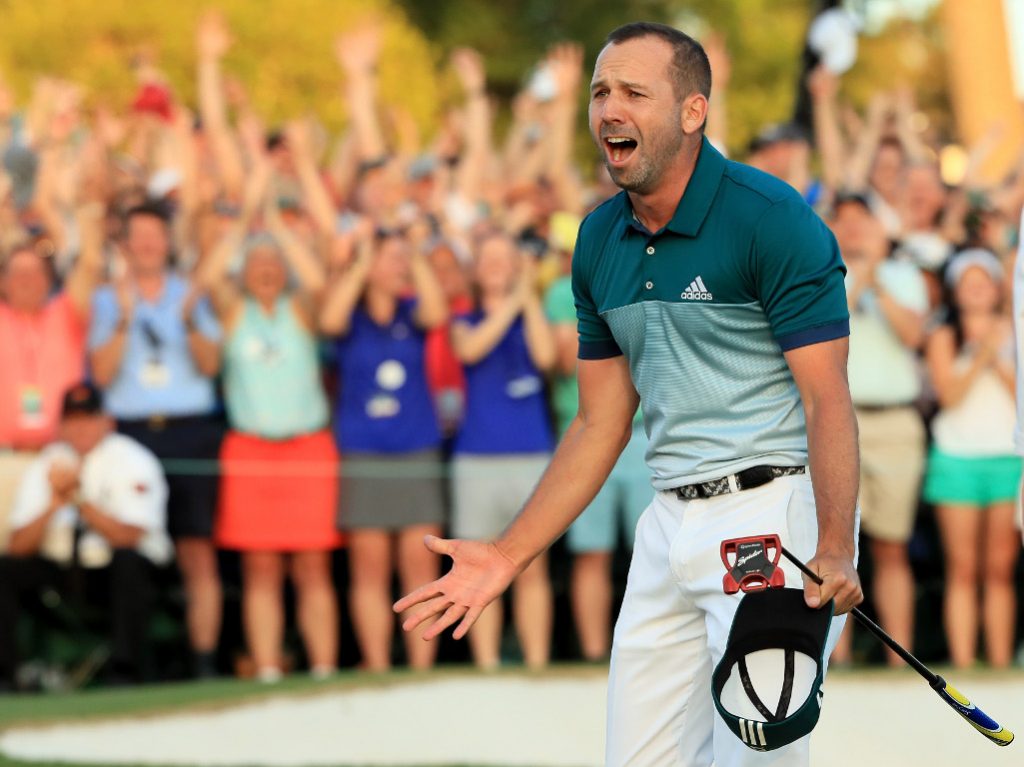 Sergio Garcia doesn’t believe it. Asked if there was any significance he answered last year: “I don’t think so. It’s coincidence.”

Any similarities, he was pressed? “They both have 18 holes,” he grinned. “Other than that …”

Others beg to differ.

Let’s start with the words of Thomas Aiken. “It’s not really a golf course that’s ever really fit my eye,” he said last year. “I like to hit it left-to-right. Most holes go right-to-left, especially on the back nine.”

Remind you of anywhere else?! A fader bemoaning the fact his shot-shape is unsuited. It’s a sigh that echoes around the Augusta trees every bit as mournfully as the cry of those freight trains on the distant railroad.

Let’s see what Ernie Els has to say, a man who won three times at Emirates and contrived never to win at Augusta despite being an obvious course specialist: “Definitely a drawer’s golf course. It’s what my eye found back in the day, I could move it easily right-to-left and obviously Augusta is very similar.”

Interesting. You might also argue that the particulars of the back nine are similar, maybe not in exact design, but in requirements: three par-5s and a short par-4 on the Majlis, little like the exact holes at Augusta, but they call for being attacked. They demand bold shot selection, commitment to it, the ability to believe in yourself under the cosh, big rewards from pulling it off. The same could be said for the Masters test, of course.

Let’s end with Garcia and Willett, and what the pair do feel represented a boost ahead of the first major of the year.

“Holing that putt at the last from 15 feet,” said Willett of his Dubai win. “Actually needing to do that to win a golf tournament, that hadn’t happened to me before. To be able to stand up there and roll it in, it was big for my confidence and what went after it.

“You look at Augusta, I could draw on Dubai quite a lot: how I played under pressure and how I composed myself mentally, having to hole a few key putts at the right time. You look at Augusta on the back nine and it kind of typifies that perfectly.”

“The most important lesson I learned was mental,” he said of Dubai. “Winning against Henrik, with Henrik playing well, and myself playing well, and keeping him off my back throughout the whole day. That helped me a lot. It gave me more confidence as I went on through the year. So that aspect, it definitely helped.”

This year’s winner in Dubai had little need to withstand enormous pressure on the back nine, but what he can take from the week is the knowledge that he can win with his B game.

It might be a simple form line, it could be a distinctly similar test, or it might be a mere boost to the golfing ego, but whatever it is, the Majlis-Masters connection might be worth remembering in early April.