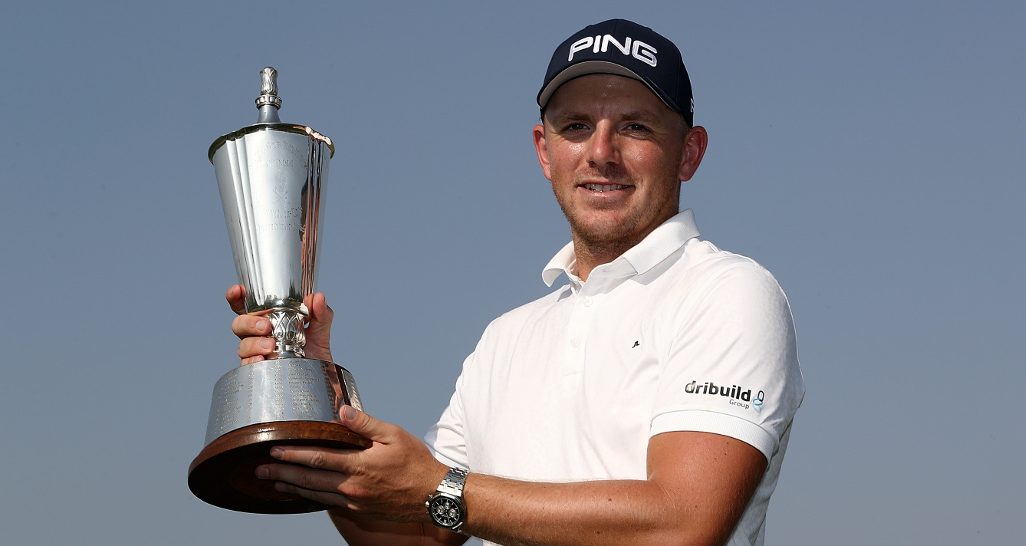 When Matt Cooper caught up with Sunday’s Made in Denmark champion Matt Wallace recently he was still only a two-time European Tour winner. In the space of a few months, the hugely talented Englishman has doubled his tally of wins and put himself firmly in the Ryder Cup reckoning.

Many golfers start their journey to the European Tour from dreamland, but for most of them it involves staring out of a classroom window or up from a bedroom pillow.

Instead the 28-year-old quite literally began his journey to the top in dreamland, even if the bare facts do suggest that someone ate a lot of cheese before bedtime.

It was February 2016 and the Englishman was playing on the Alps Tour. In Egypt. At a golf and dressage resort. It’s name? Dreamland. (Note: absolutely none of this is made up.)

He’d been in the country for three weeks and his form was good. He’d finished third in the first week, second in the middle week, so it would be nice to complete the job and win in week three right? He did, and he didn’t stop there: he ended the season with six wins from just nine starts.

Graduation to the 2017 Challenge Tour was assured, but whatever you do, don’t make the mistake of thinking it had all been straightforward.

“It was difficult,” he admitted to Golf365. “In my second year as a pro I was working really hard on my game but I was focusing on all the wrong things. I was pretty low and I sent an email to a load of management companies asking for a job.

“I’m so lucky none of them made an offer because I’d have taken anything, but it didn’t happen and a few friends said, ‘You’ve got to crack on, you haven’t really given it a full shot yet.’

“I spoke to a few family members about what I had to do. The upshot was I changed my team and as soon as I started to learn about my golf, about what I really needed to do, everything kicked on.”

It’s one thing to “kick on”, another to win six times in nine starts.

Matt Wallace birdies 10 of his last 13 holes to win the #MiD18 on the second play-off hole. pic.twitter.com/fPtAqy5rY7

“The thing is,” said Wallace. “I’m not scared to win. So having made those changes and having that attitude, there was a snowball effect. I grew massively in confidence because I was playing great golf. I wasn’t making many bogeys, so I was literally thinking: if I make a load of birdies I’m gonna win here.”

He began the 2017 season leading the Challenge Tour’s opening event, the Kenya Open, after 54 holes, but this time couldn’t convert the victory.

“It was a progression thing,” he said. “This sounds a bit princessy but I like the social media stuff and being interviewed. So that week in Nairobi I was thinking, ‘Let’s get up there, get involved, get interviewed.’

“I’m not scared to lead from first round, but Aaron Rai played great and I was third. I probably wasn’t quite ready to win then. Learned some lessons instead.”

Two months later he received an invite to the European/Challenge Tour co-sanctioned Open de Portugal. “I was ready then,” Wallace said of a week in which he posted a first round 63 to take sole possession of the lead and never let go. “Kenya got me ready.”

Five months later he was at it again, leading from the front in the Italian Open, a lucrative Rolex Series event, only to be caught in the final round.

“That hurt and it meant I didn’t make the DP World Tour Championship which had been a goal of mine. But who knows? Maybe that little bit of hurt made the difference next time.”

And next time was the Indian Open at the DLF G&CC two months ago – a touch over two years since Dreamland. Hard work, tough decisions and a winning mindset (plus a fortuitously unconvincing curriculum vitae) had got him this far..

Couldn't do it without this guy. No.34 for Dave! Thank you 🙌🏼 pic.twitter.com/mP9SQWwJik

Cue a clever challenge from 2016 Ryder Cup captain Darren Clarke, a stablemate of Wallace’s at ISM. Its power was indirect and therefore subtle enough to impact deeper than anything overt.

“I’d had a practice round with him in Qatar,” Wallace explained. “I play really well with him for some reason and I think his view of me might have changed a bit with regard to how far he thinks I can go.

“When I arrived for the Indian Open he said this was a course where anyone could lose his head, but he was sort of meaning me and I was determined to show him.”

Wallace and Andrew Johnston led the field through 72 holes before Wallace made a superb birdie-4 on the first extra hole to confirm a second European Tour win in less than a year.

“Afterwards I saw Darren sitting in the hotel bar. He nodded, gave me a little smile and said: ‘Kept your head then?’ It was brilliant. To have someone like that challenge me, the Open champion. I like that. I rise to it. It’s an intensity thing.”

Twelve months ago Wallace stood on the putting green at Wentworth, which overlooks the first fairway and the distant grandstands around the 18th green, with galleries thronging in all directions. He looked a little dazzled.

“It was so surreal to be inside the ropes with guys who were my idols,” said Wallace, but he very quickly came to terms with the transition.

“A huge part was my swing coach Rocky [Robert Rock], who’s been my swing idol for a long time (I don’t say that to his face though!). To have him coach me made me feel involved and deserving of being here.”

He returns to the West Course in a different fame of mind.

“I know what the course is like now. It was my first time last year. Perhaps more importantly I know what I’m doing prior to it.

“I’m going to Portugal the week before to stay out of everyone’s way. Just get my own work done. I’m not going up on the Monday. Last year I just wanted to soak it all up. This year I’ll go Sunday, day off, then back on Tuesday.

“There’s a little bit higher expectations because it’s a course I think I can win at. If I play well I can contend and once that happens my winning mentality can kick in.”

Wallace has left the Alps Tour behind, but his career his still on a high and it remains the stuff of dreams.